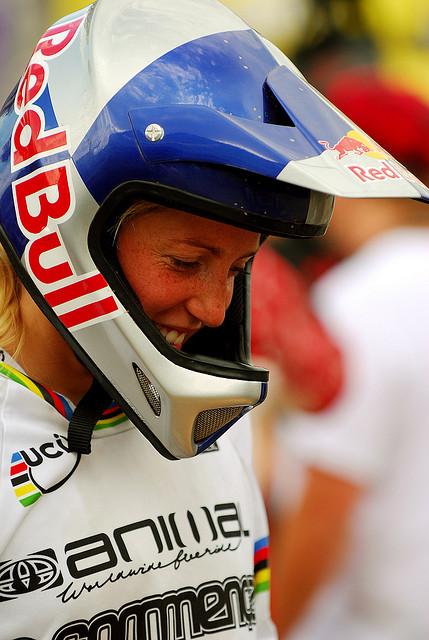 Britain’s Rachel Atherton has won a sixth victory at the 2015 UCI Mountain Bike World Cup Downhill season, making it six wins out of seven races as the series came to an end it Val di Sole, Italy on Saturday.

Atherton, who had wrapped up the title at the preceding round in Windham, USA, continued her tale of dominance, beating Myriam Nicole of France by over two seconds to top the table on a fast, hard Trentino track.

"That was pretty much all I had out there," said Atherton. "There were some pretty horrible moments. You kinda don't think about the race anymore. I just didn't want to crash. I felt pretty sketchy. I really wanted it here [to win].

“I knew it was going to be a bit of a struggle, obviously. Manon and PomPom [Myriam Nicole] like these long tracks. I was like, 'I've got the overall, but I don't want it to affect my motivation', it kinda did, but it's a really hard track."

Greenland ended the series on 320 points, with Australian Andrew Crimmins second on 245 points.

Josh Bryceland continued his strong comeback from injury with a fifth placed finish, 4.4 seconds off the pace of race and series winner Aaron Gwin of the USA. Gee Atherton was a tenth of a second behind Bryceland in sixth.

Bryceland ended the series in fifth overall on 836 points, one place ahead of Gee Atherton on 760.