What would the first bikes have looked like given the technology we have now?
by dave atkinson

How far does your N+1 stretch? If you've already got a road bike, and a gravel bike, and a folding electric fat bike, then next up is probably something like this: yes, it's an electric penny farthing, the Concept 1865 e-velocipede.

Okay, no-one's really suggesting that this is the future of urban mobility. In fact it's a collaborative project between plastics giant BASF, product designers Ding 3000 and carbon magicians THM Carbones, who made the frame, fork and front wheel. "We are taking a trip back to the year 1865, when BASF was founded", we learn. "This was also the point in time when Karl Drais' wooden "Dandy horse" was given its first pedals, which launched the bicycle on the road to global success. As a tribute to this era of enthusiasm for technology and invention, DING3000 and BASF have embarked on an unparalleled thought experiment and asked: How would the first pedal cycle have looked if the pioneers of the bike had had today's advanced materials to work with?" An interesting question, and the answer is interesting too. The bike is a full-carbon penny farthing with a host of plastic bits and pieces, as you might expect since BASF were the ones ponying up the cash. Let's have a look at some of the features... 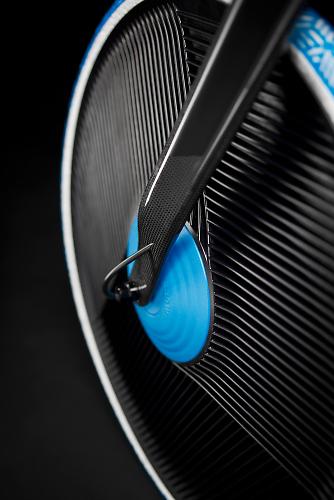 The bike has a 250W motor in the rear wheel. The seat is also the battery, and it's removable for charging.

There's an elastomer spring in the seat support to take a bit of edge off the bumps: Penny farthings aren't known for their plush ride 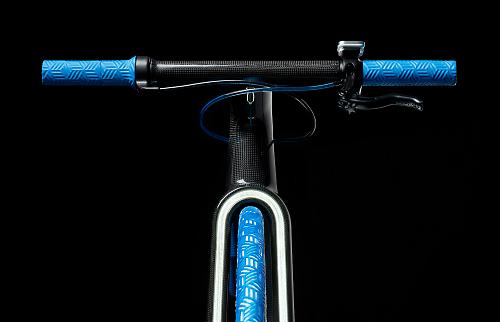 The battery powers the motor, and also lights that are inlaid into the frame and the fork. Ding 3000 say that they "render conventional lighting systems superfluous" the writing of which is itself kind of superfluous, which is kind of ironic. 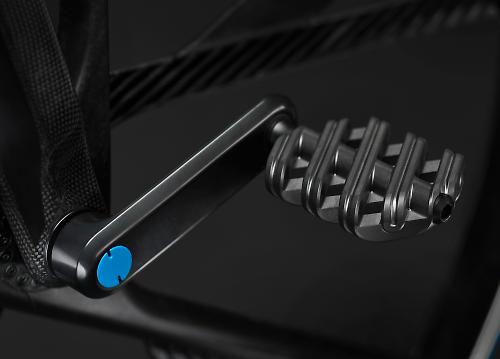 Plastic is used for the cranks and pedals. The pedal material is sufficiently low-friction that no bearings are required. That's the kind of thing that might have more general application further down the line, which is what conecept bikes are all about, of course. 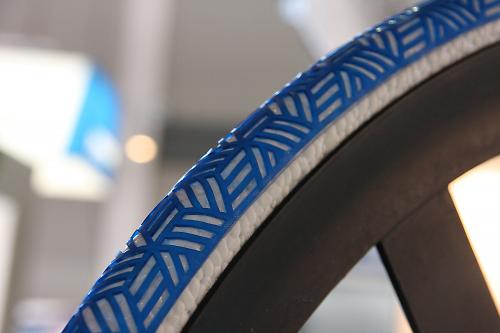 The tyres are especially interesting: The white bit isn't polystyrene, it's an expanded thermoplastic polyurethane which is "light, durable and very elastic" - maybe a new material for puncture-proof town tyres?

All in all it's a refreshing mix of design gone mad with some interesting tech. Overall, we like it. They wouldn't let us ride it though, so here's a video of someone doing exactly that.

Concept 1865 from Nord Nord on Vimeo.