Marin is hoping to make a big impact in 2016 with its all-new Gestalt, a disc-equipped road bike with space for big tyres and a full plethora of rack and mudguard mounts. Marin is keen to distance itself from all the gravel bike hype however, but there’s no getting away from the fact the gravel scene has helped to spawn a whole new category of road bike, including the Gestalt.

That’s no bad thing though. We’re now looking at a wider range of bikes coming to the market this year that can take big tyres - the Gestalt ships with 30mm Schwalbe G-One tubeless tyres, but will accommodate up to 35mm tyres - with all the benefits that having proper mudguard and rack mounts, and disc brakes bring to UK riding conditions.

Marin’s Chris Holmes told road.cc the name Gestalt comes from a bar called Gestalt Haus in California that is popular with mountain bikers, serving up German beer and food to tired cyclists. Sounds good. We also talked with Chris about why bikes like this are proving popular on both sides of the Atlantic, which we both concluded has as much to do with the decaying roads as a growing interest in getting away from the congested streets and following the unbeaten path. It seems there are many parts of the US that have a lot in common with the UK in terms of road conditions, so there's more to these bikes than just big sweeping gravel paths that some brands focus on when pitching these bikes.

"The new Gestalt series takes you Beyond Road. These endurance models let you take any path you feel comfortable, whether it be on the asphalt or up a gravel road with a secret view," says Marin in its marketing blurb. 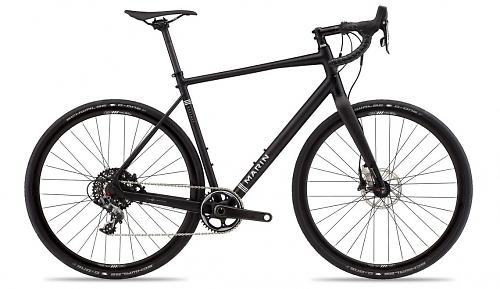 There are three models of the Gestalt to suit your budget. They share a common frame, 6061 aluminium for each, but the frame gets lighter the higher up the range you go. The range-topping Gestalt 3 (£1,750) uses the lightest Series 4 tubeset with a tapered head tube, internal cable routing and a carbon NavIt fork using the clever Naild 12.3.9 thru-axle (more on that later) and a 142x12mm rear thru-axle. 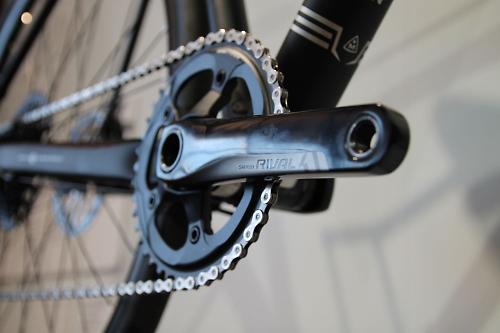 This model is equipped with a SRAM Rival 1 drivetrain and hydraulic disc brakes and tubeless ready wheels, the aforementioned Schwalbe G-One gravel tyre that is new this year. 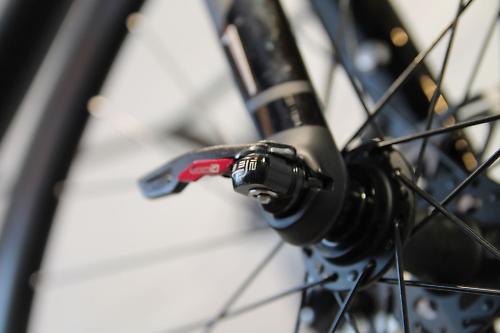 The thru-axles on the top-of-the-range Gestalt are interesting. Marin has worked with a company called Naild to develop an ingeniously simple thru-axle. On the lever there’s a small red tab. This locks the main lever into place. Depress the red tab though and the main lever can be swung open. And unlike a regular thru-axle that needs to be twisted multiple times into the receiving dropout, Naild just needs to be rotated 90 degrees before the lever can be extracted and the wheel removed. 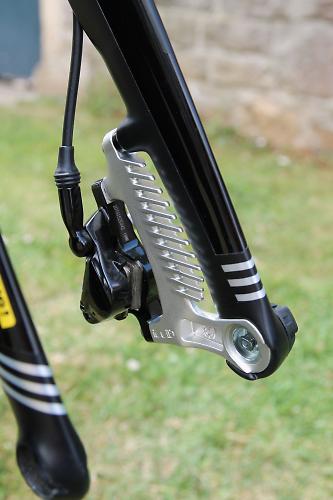 It’s very easy to use. Yes, it takes a couple of goes to get used to it, but once you’ve got the action down, it’s remarkably quick. Quicker than other thru-axle systems and much quicker than a conventional quick release system. Another interesting detail is the heatsink incorporated into the disc brake mount, intended to help dissipate heat away from this area. Looking forward to see how that works in testing, we’re hoping to get one of these bikes in for review very soon. 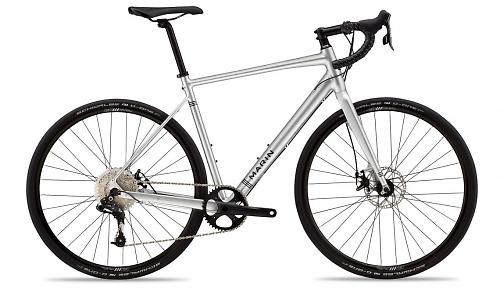 Next up is the Gestalt 2 (£1,451), with a visually identical frameset but using Series 3 6061 aluminium, so it’s a smidgen heavier. While it switches to conventional quick release wheel axles, most other details are the same. There’s a tapered head tube and carbon fork, post mount disc brake mounts and internal cable routing. 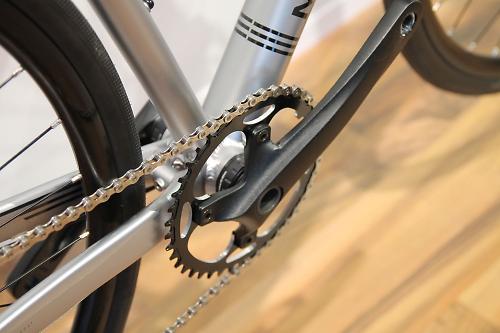 This model gets a 1x10 drivetrain, using a SRAM X7 rear mech and forged alloy chainset with a 42t narrow-wide chainring. Brakes are Tektro Spyre-C mechanical discs. Again it gets tubeless-ready wheels. 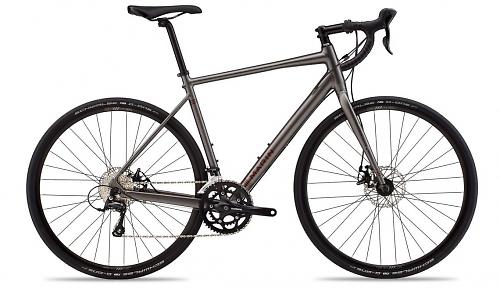 There will also be a Gestalt 1 that will cost £800 and come with a Shimano Sora and TRP disc brake build, and Marin’s own tubeless wheelset with Schwalbe G-One 30mm tubeless tyres. 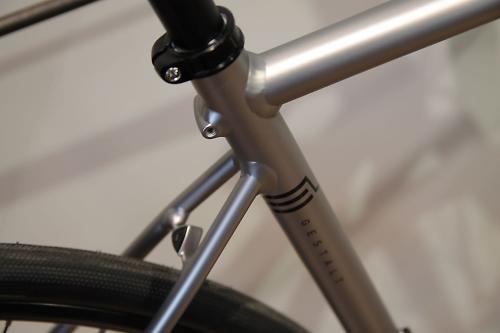 The geometry of the Gestalt is tailored towards comfort, so longer than a regular road bike, and the provision of rack and mudguard mounts should ensures it’s equally appealing to commuters as it is to tourers and adventure seekers.

Marin is marking its 30th anniversary with the launch of two new adventure/road/touring bikes that feature a heritage paint scheme, using the same grey with orange that used to mark Marin bikes out all those years ago. Both the Four Corners Elite and Four Corners are pegged as do-everything, as long as it’s not racing, bikes with disc brakes, thru-axles and some jolly nice attention to detail.

Both bikes are made from steel tubesets with steel forks and feature all the eyelets you need for fitting rack and mudguard mounts, and both will accept up to 45mm tyres. One feature both have in common is a taller head tube and a shallow reach handlebar with 20 degree flared drops. 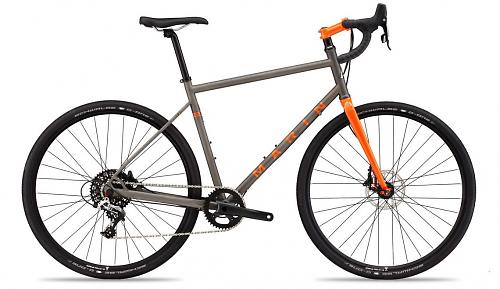 The more expensive Four Corners Elite (£1,900) uses a frame made from Columbus Thron butted tubing with a chromoly fork, with Naild thru-axles at both wheels - 15mm front and 142x12mm rear. 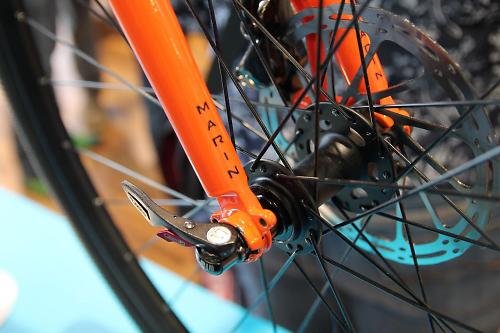 The frame and fork have all the rack and mudguard eyelets you might want, cables are internally routed, and the bike will accommodate big tyres, up to 45mm on a 700c wheel, or 2.1in on 650b rims. 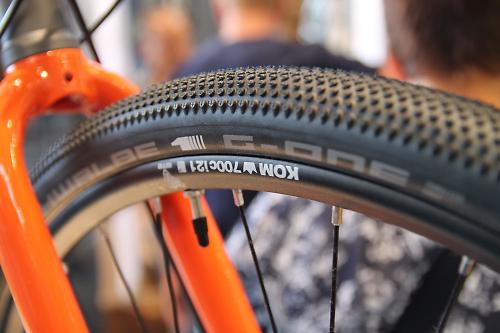 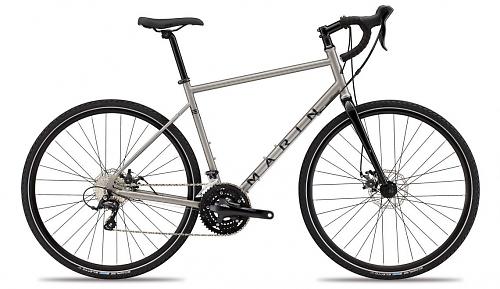 Coming in at a lower price is the Four Corners (£700), which uses uses a double butted 4130 chromoly frame, so not of the same high quality as the Columbus tubeset on the Four Corners Elite. 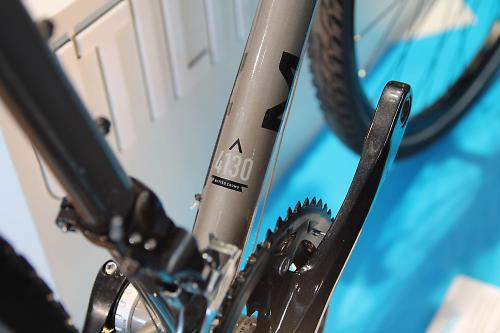 It still gets the full complement of rack and mudguard eyelets and will take up to similarly sized tyres to the top-end bike. It uses regular quick release axles as well. And instead of a 1x11 drivetrain, it’s Shimano Sora 9-speed with a triple chainset and mechanical disc brakes. 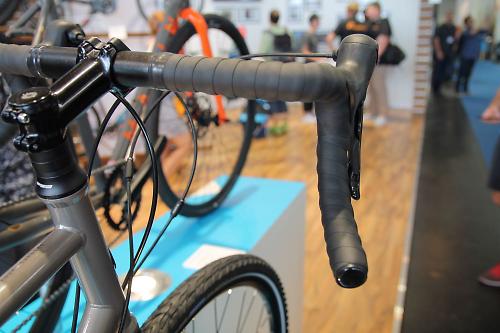 Reinforcing its commuting credentials are the Schwalbe Silento 40mm tyres with reflective sidewalls and puncture protection. 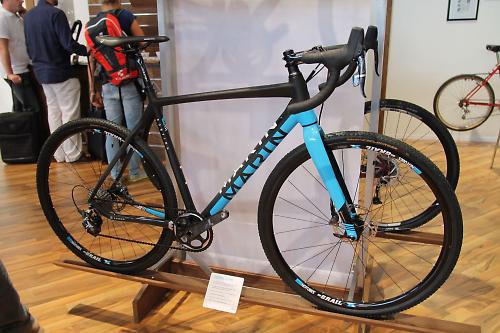 With cyclocross season approaching, it’s worth telling you about the updated Cortina CX Pro. It gets a new carbon fibre fork with the same Naild thru-axle as the Gestalt. 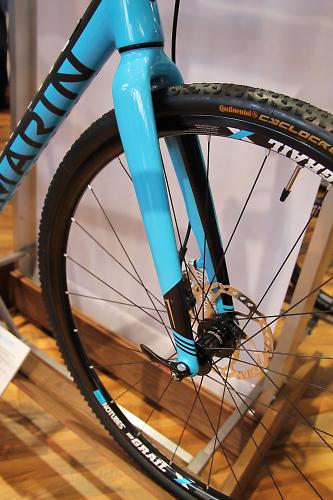 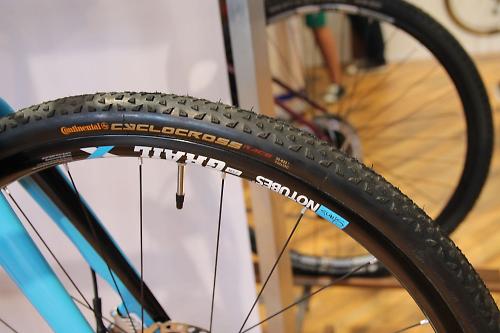 More on the full Marin 2016 range at www.marinbikes.com/gb