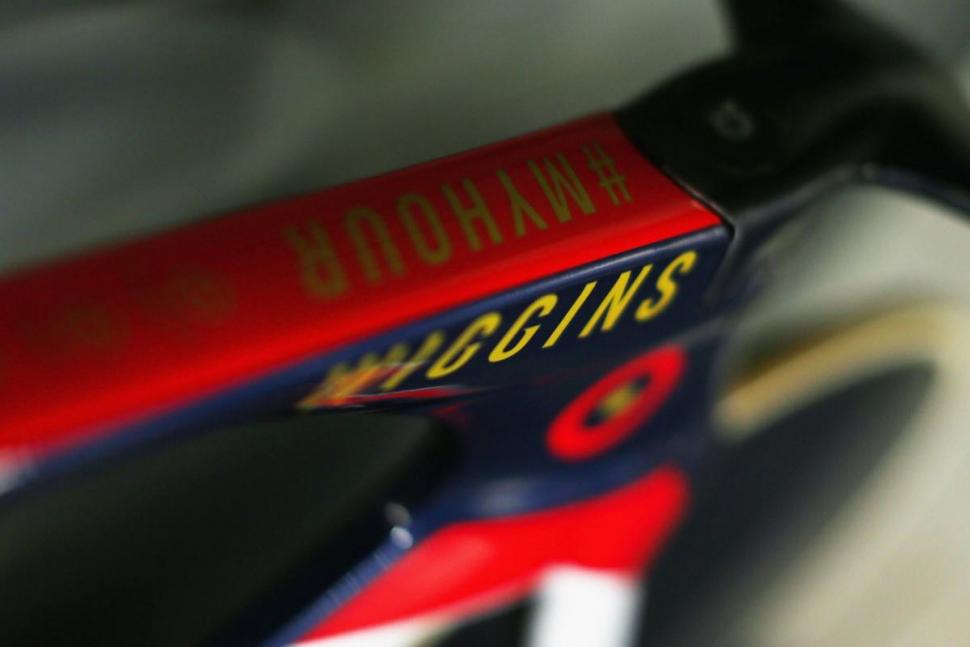 Bikes from Wiggins, Hoy and Boardman among those featured - show runs until June next year
by Simon_MacMichael

London’s Design Museum has announced details of the Cycle Revolution exhibition it will be hosting from next month through to June, with bikes from some of the biggest names in British cycling on show – including Sir Bradley Wiggins, Sir Chris Hoy, Chris Froome and Chris Boardman.

Opening on 18 November and running through to 30 June 2016, the exhibition won’t just focus on the stars of the sport and the bikes they ride, however – it will focus on all aspects of cycling, including recreating a workshop that will focus on six British frame builders, and looking at the future of cycling in an urban environment, highlighting the latest innovations.

The museum, which is located at Shad Thames – this is the final exhibition there before it relocates to the site of the former Commonwealth Institute in Kensington next year – will also be showcasing four “tribes” – High Performers, Thrill Seekers, Urban Riders and Cargo Bikers – each championed by an individual cyclist, and describes them as follows:

Thrill Seekers take on all terrains on mountain bike and BMX, and are led by three-time winner of the UCI BMX World Championships Shanaze Reade.

Urban Riders pedal the city and are led by Lucy Granville, winner of the Design Museum’s global search to find the ultimate urban rider. Entries came in from Bangalore, Sao Paulo and Gothenburg, but Lucy is a Londoner who has been traversing the capital since birth, and says ‘My bike is my freedom pass. Riding is liberation, and sanity.’

Cargo Bikers work on two wheels and are represented by the designer of ‘the Bringley’, Lawrence Brand, who road-tested his prototype cargo bike by riding it alone and unsupported for 5,000km through Bulgaria, Turkey, Georgia, Azerbaijan, Kazakhstan, Uzbekistan, Kyrgyzstan, and on to the Chinese border, before setting up Porterlight Bicycles.

Among the bikes on display will be the ones Wiggins rode to win the UCI World Time Trial Championship last year and in setting the current UCI Hour Record in June, and he’ll also be loaning the museum, from his personal collection, the bike used on a previous successful attempt on that record, by Francesco Moser in 1984.

The Team GB track bike Hoy won his fifth and sixth Olympic gold medals on at London 2012 will also be there, as well as Chris Boardman’s gold medal winning, Mike Burrows-designed Lotus Type 108 from Barcelona in 1992, Eddy Merckx’s Hour bike from 1974 and some of the bikes and equipment Team Sky rode this year as Chris Froome won the Tour de France for the second time.

Away from top-level sport, there will be the earliest prototype remaining of a Brompton folding bike, a 1969 Raleigh Chopper, and a 1978 Breezer 1, plus bikes from some of the six British frame builders – Donhou Bicycles, Toad Custom Cycles, Hartley Cycles, Robin Mather Cycles, Mercian Cycles and Shand Cycles – whose work will be presented in short films commissioned for the exhibition.

On Saturday 24 October, to formally launch the exhibition, in a joint initiative with the Veteran Cycle Club, a parade of bicycles, old and modern, in date order and with more than 50 riders in period dress will make the five mile journey from Herne Hill Velodrome to the museum.