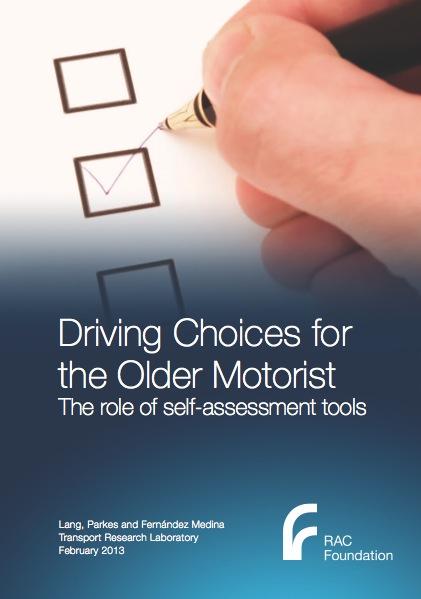 Do we need mandatory retesting for older drivers?

Suspended sentence for poor eyesight driver, 80, who killed cyclist after failing to see him, raises questions about retesting drivers above a certain age, says Cycling UK
by Laura Laker

The death of a cyclist following collision with an 80-year-old driver with known eyesight problems, who didn’t see him, has raised questions about driver retesting and medical fitness, says the national cycling charity.

George Barrett was sentenced to a suspended prison term and a lifetime driving disqualification, on Friday, for causing the death of Ian Jobson by careless driving on 10 June 2014. Barrett, then 78, had known about his sight problem since 2012, but was not wearing his glasses on the day of the collision, when he failed a roadside driving test. He denied the charge of causing death by dangerous driving.

Jobson’s family has urged people who know they can’t see well enough to think twice about driving. Cycling UK (formerly CTC), says the case raises questions over how the DVLA regulates and tests fitness of drivers whose reaction times and sight are declining, against the backdrop of an ageing population.

In a statement it said: “Cycling UK recognises that sentencing elderly and otherwise law-abiding citizens for driving offences, when they have a long and largely unblemished driving record, is an unenviable task for judges more accustomed to punishing offenders they perceive the prisons were designed for.

“This case however, not for the first time, raises the increasingly important issue of how, with an ageing population where people want to maintain independence and continue driving as long as possible, the DVLA regulates and tests the fitness to drive of those whose reactions, sight and road confidence are declining.”

Barrett, who failed a second eyesight tests a few months after the crash, was sentenced to 12 weeks’ custody suspended for 12 months, and is the subject of a three month curfew, from 8pm to 8am. Cycling UK questions why he was still allowed to drive, and has asked for consideration of compulsory driving tests for drivers above a certain age.

Jobson, who was a member of the Tandem Club, regularly rode as the sighted pilot with a partially-sighted stoker.

Cycling UK said: “In a cruel twist of fate, a compassionate man who gave his own time to work with and support SeeAbility, an organisation which assists adults with visual and other disabilities, lost his own life when Barrett declined to deal with and accept the consequences of a sight problem which he had been aware of since 2012.”

Jobson’s daughter, Erica Popplewell, believes the lifetime ban reflects the seriousness of the offence and urges people whose sight is failing to think twice about driving. She said: “Anyone whose eyesight or ability to drive is deteriorating should ask themselves whether they should still be driving. I hope that what happened here also prompts people to ask their family members the same difficult question when they are aware that their eyesight is going or they are no longer safe to drive.”

In 2013 new powers were given to police under legislation known as Cassie’s Law, introduced following the death of an 11-year-old girl, who died after being hit by a car driven by 87-year-old Colin Horsfall, who had failed a police eyesight test just a few days earlier.

Sally Preece was killed in 2014 when 78-year-old Kenneth McLelland hit her head on while he overtook a slow-moving campervan on a winding mountain road, arguably highlighting the dangers posed when those unfit to drive go undetected.

Cycling UK adds: “Should some of these drivers still be on the roads, should we be looking again at driver re-testing, and how do we ensure that medical fitness to drive involves more than self-certification?”