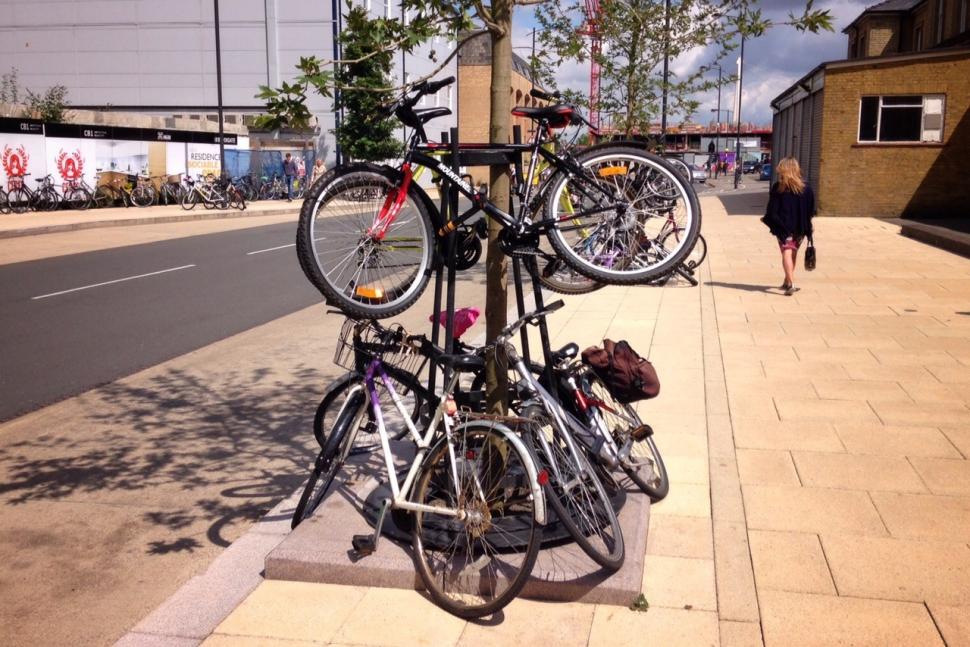 Gates have appeared on a new cycle path in Cambridge, causing cyclists to ponder their ‘bizarre’ design..

The gates were installed on the Ridgeway route near Storey’s Way this week, and are staggered, meaning cyclists have to slow down and wobble between them.

The cycleway is not yet officially open.

Cyclist Oliver Chick told Cambridge News: “Cambridge now has a bizarre set of fences and gates on the cycle path along the Ridgeway.”

Matthew Danish, a member of West Cambridge Active Travel, described the gates as “ill-advised”, and said they should be removed.

He said: “The gates appear to be a strange and ill-advised method of keeping cars off of the newly-built path, a method that the latest standards say should not be used.

“We are worried that the gates will exclude people from using the path, such as families with tandems and trailers, novice riders who may find tight manoeuvres difficult, or persons with disabilities using tricycles or mobility scooters.

“The gates will cause unnecessary conflict between path users, and the obstacle they pose will distract people from the junction ahead of them, potentially leading to crashes that could have been avoided.”

He added: “The normal solution is to use thoughtfully selected and designed bollards, as found on cycling routes all around Cambridge. We will be asking the North West Cambridge project team to remove the gates and replace them with properly placed and clearly visible bollards.”

A Cambridge University spokeswoman said: “These works are ongoing, being built in accordance with the planning permission granted by the local authorities, and we look forward to welcoming residents and visitors when the development opens later this year.”

1
Near Miss of the Day 697: Close pass driver overtakes without crossing white line — police action confirmed
2
Controversial See their Side ad campaign officially scrapped by Transport for London
3
“This is my path”: Drunk who claimed right of way on towpath and hurled racist abuse at cyclist avoids jail
4
Near Miss of the Day 695: Cyclist has third dangerous overtake in a month on same stretch of road
5
Argon 18 reveals high-end Sum and Sum Pro road bikes
6
Cycle lane on one of UK’s ‘most beautiful’ streets set to be removed
7
Prosecution of football star Frank Lampard filmed by CyclingMikey using mobile phone while driving dropped, CPS confirms
8
Drug driver seen speeding at 80mph before hitting cyclist sentenced to 30 months in prison