Subscribe
Back to news
news
Charity
Sportives and organised rides 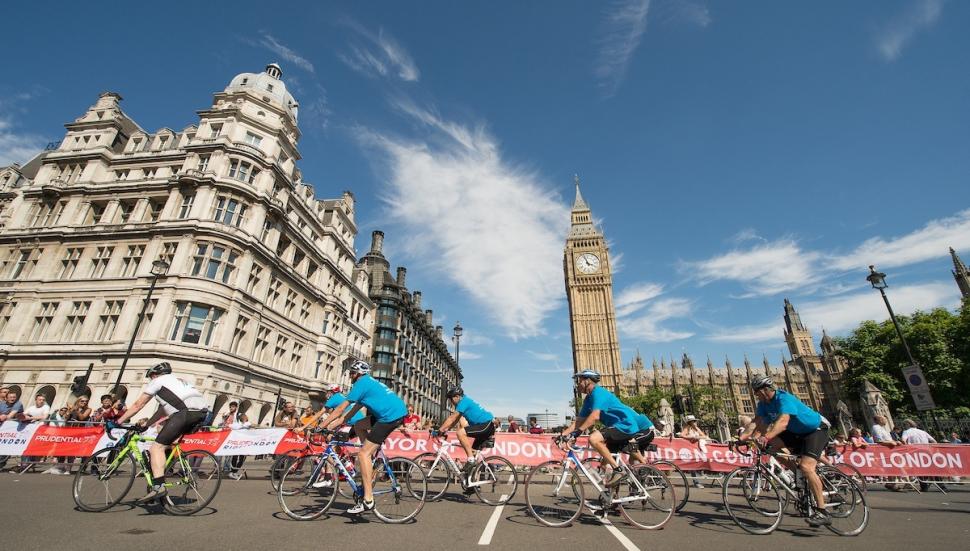 Prudential RideLondon 2017: the highs, and the lows

How was the event for you this year?
by Laura Laker

With Prudential Ride London, aka the world’s largest festival of cycling, over for another year, we take a look back at this year’s highlights - and lowlights.

There was some negative publicity around the annual event, including complaints the residents along the route were trapped in their homes.

On the plus side, millions of pounds were raised for charities by some of the 28,000 cyclists who completed the 46 or 100 mile routes last Sunday.

Riders were up early, with the first leaving the Queen Elizabeth Olympic Park at 05:45, and some crossing the finish line on the Mall just four hours later.

The roads quickly dried out after rain overnight, leaving perfect weather for the event, now in its fifth year.

London usually basks in toxic levels of pollutants, including particulates and Nitrogen. These graphs show the change a city full of bikes can reap.

I've compared Ride London Sundays 2013-2016 with all other Sundays since Jan 2013. The contrast is quite startling and clearly not a one-off pic.twitter.com/PU6fs6VT85

Hoy was this year’s official starter of the 46 mile event. “It was a great day,” said Hoy after completing the 46 miles. “It’s just long enough to feel it in your legs without feeling destroyed by it.

“It’s long enough for me, anyway. I’m used to riding 30 seconds in a velodrome.”

Mark Cavendish was also on hand, encouraging riders coming in over the line. “It’s great to see so many people out on their bikes,” he said.

There were also disoriented riders after the event trying to get home any which way they could. We spotted a couple on the Central Line.

The money raised for charity

Millions of pounds were raised for charity this year, as every year, from those supporting premature babies and breast cancer research, to greyhound charities.

As with every year the crowds were brilliant – from charity volunteers standing at cheer points to encourage weary riders on, to residents living near the route standing at the roadside to lend their support. This year, as every year, it made the event.

Join us on Sunday 30th July to cheer everyone on during this year Prudential Ride London! #BBQ #Drinks pic.twitter.com/Dtjkegw9VN

Thankfully the weather was kind

A beautiful Sunday morning as riders stream out of central London on their 100 mile adventure #ridelondon #RideLondon100 pic.twitter.com/EGk1eMUY7p

Some people complained Londoners were unable to get out of their homes (at least by car); while some in London were unhappy they couldn’t drive in the capital. Others argued this was a rare opportunity for people to enjoy streets being open to people.

Meanwhile the Daily Mail claimed it was "impossible" for tourists to get around.

The Evening Standard writer, Simon Jenkins, said it wasn’t just private motor traffic being affected, but deliveries, and the ability to cross the road on foot. He said: “At Gloucester Road I saw a man desperate to get to the Chelsea and Westminster Hospital being told by a steward: “You’d better walk.” High Holborn was impassable, as no one could halt the torrent of cyclists forming an unbridgeable river. It was as if a major disaster had occurred.”

In previous years there have been complaints – notably from Richmond Park – of litter left behind by participants. We haven’t heard anything yet. Who knows - perhaps we won’t this year.

How was Ride London for you, and what are you doing this weekend to recover?

It would seem trite to place such an unfortunate incident in such a list, but road.cc wanted to acknowledge the tragedy that struck this year's event. Maris Ozols, 67, died after suffering a cardiac arrest on Cromwell Road at around the 13 mile mark of this year’s Ride London 100. He was helped immediately by fellow riders and medical personnel at the scene, according to organisers. Our thoughts are with his family.