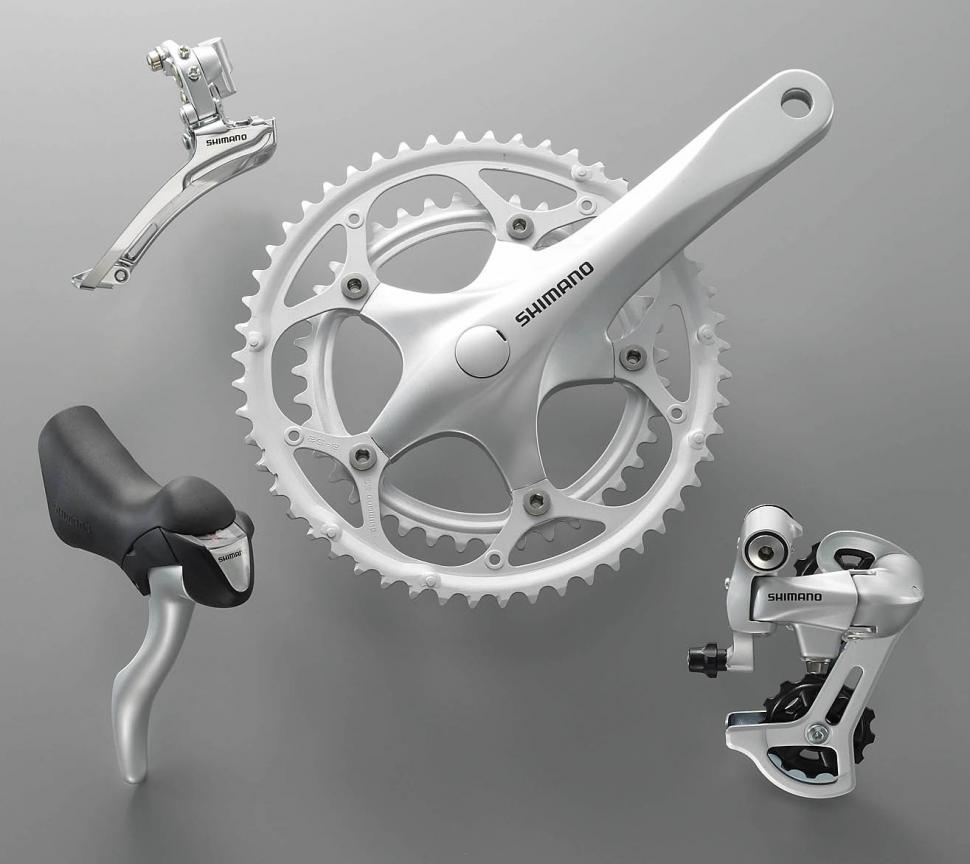 Now that Tiagra and Sora have made the leap to nine speed, there's a bit of an 8-speed-shaped hole in Shimano's road lineup. At least there was; on Friday we were introduced to 2300, the new eight speed group that plugs the gap.

Aimed at entry level road bikes (expect to see it on machines up to about £400-£450, we reckon) the group consists of a new chainset, STI lever and mechs. There's the option of a double (52-39T) or triple (52-42-30T) chainset, running on a standard square taper bb. Interestingly the front mech and shifter come in versions that are specific to the double and triple chainsets; this is something that's going to be rolled out across the road groupsets. Shimano say that preformance is improved and it makes the STI levers much more durable if the levers are designed specifically for double or triple use but as an end user you'll be tied to one or the other. Shimano had a test bike showing the 2300 components in situ. It's a decent looking groupset, the chainset and mech are a bit reminiscent of 2009 LX with a nice flowing design and a sliver painted finish that'll no doubt wear off in the time-honoured fashion. The STI levers have reach adustment, a big indicator window and a Sora-style thumb operated downshift; don't expect any under-the-tape cable routing this far down though! What other new stuff did Shimano have to look at? Well, Deore is getting the trekking makeover that LX received last year, though unlike LX it'll remain as an MTB groupset too. So there's effectively two whole groupsets called Deore: the MTB kit gets a shadow rear mech, two way release shifters and some new disc brakes, the trekking gear follows from LX's lead with integrated brake/shifter units (with nice big displays), a 48-36-26T Hollowtech II chainset and a lighter shifting action. 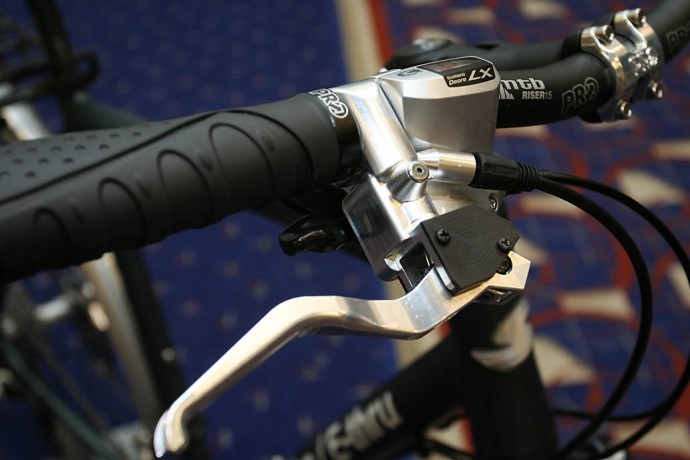 LX gets a new hydraulic disc which was available to play with in prototype at the launch; the longer lever and more gentle action are geared towards road use.

Another innovation is the use of a rubber bump stop in V-brake levers to give a silent return on release. The reason? Well, when you go to the bike shop to sit on a new bike, the first thing you do is fiddle with the brakes and the rubber stops make them feel nicer. Yup, that really is what they said. Dura Ace hasn't changed, though Shimano were showing off this sawn-up chainring to show that yes, it really is hollow. Dura Ace Di2 was available to play with, but it's still not available in the real world. Cannondale have promised the Super Six with Di2 in March, so they must be sweating just a little by now. Oh, and there was something else there too. Something nice. But we're not allowed to tell you what it was. More on that in April...