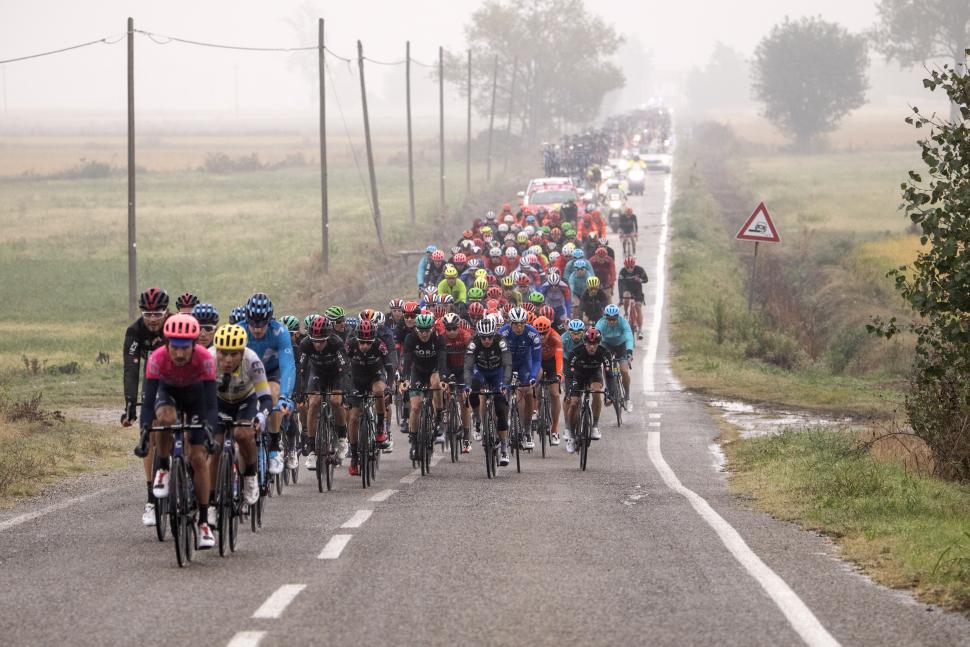 The UCI is facing a second complaint in the space of a week alleging that it has breached European Union competition law – this latest one coming from the Lega del Ciclismo Professionistico (LCP, the Italian Professional Cycling League), which represents organisers of professional races in Italy, as well as professional teams affiliated to the country’s national governing body for the sport, the FCI.

Last week Velon, the joint venture whose shareholders include 11 men’s UCI WorldTour teams including Team Ineos, Movistar and Deceuninck-Quick Step, revealed it had lodged a complaint with the European Commission alleging that the Switzerland-based governing body was in breach of articles 101 and 102 of the Treaty on the Functioning of the European Union (TFEU).

Velon, which was set up in part to develop revenue streams for teams in a sport in which lucrative broadcast rights are owned by race organisers or, in the case of the World Championships, the UCI itself, claims that the UCI has sought to prevent it from developing its business, in regard to both the Hammer Series, launched in 2017, and in using technology such as on-board camera footage and rider data to enhance TV coverage.

The complaint lodged by the LCP falls under article 101 of the TFEU which prohibits, inter alia, “all agreements between undertakings, decisions by associations of undertakings and concerted practices which may affect trade between Member States and which have as their object or effect the prevention, restriction or distortion of competition within the internal market.”

It is signed by lawyer Riccardo Giacomin, head of the sporting department of the international law firm Rödl & Partner, and is supported by a legal opinion from Bernardo Cortese, professor of European Union Law at the Department of Public Law, International and European Law of the University of Padua.

It asks the European Commission “to investigate the way in which the UCI has implemented both existing and (most importantly) new regulations that appear to be aimed at promoting the commercial interests of the UCI to the detriment of teams and race organisers.”

The LCP goes on to claim that potential reforms of the sport by the governing body are “unclear and strongly detrimental to the whole cycling movement – not only in Italy – as well as all teams and categories of racing below World Tour level,” and that they “would be devoid of sporting merit, favouring an economic benefit that would be above all advantageous for the UCI – an organisation that is currently acting in a commercial, and not regulatory capacity.”

It adds: “It is imperative that the idea of a World Cycling Superleague is opposed. It represents an exclusive club only for major events and the wealthiest individuals that, in order to be attractive to commercial stakeholders and media partners, seeks to exclude all cycling events and individuals outside its orbit.

“These are individuals that have to date harmoniously worked together, helping the development of young athletes that have subsequently become successful pro riders at the highest levels of pro cycling.

“The proposed UCI development model appears to be misguided. The UCI is at risk of abusing its dominant position in world cycling. This is demonstrated not only by the opposition of second-tier teams and cycling races, but also by the recent opposition expressed by high-level pro teams who believe that the UCI’s constant changing of sporting regulations is also damaging their own economic interests.”

1
Cyclist says he was refused service at Costa Coffee drive-through – due to company policy “not to serve people on bikes”
2
“How would you like to be on camera now?” Shirtless driver accosts CyclingMikey
3
Cycling group slams "embarrassing" new cycle lane full of dangerous obstacles... including trees, lampposts and a speed camera
4
Five cool things coming soon from Fizik, Muc-Off, Reilly, Knog and Pas Normal Studios
5
"That's why it's so shocking": Colin Strickland says on-the-run murder suspect Kaitlin Armstrong "one of the least volatile people I have ever met"
6
Cyclist "luckiest man alive" after tumbling down "crazy" brick staircase on cycle route's steep hill
7
Near Miss of the Day 789: Sensible discussion and apology follows learner close passing cyclist during driving lesson
8
Cyclist punched repeatedly by motorist in road rage incident