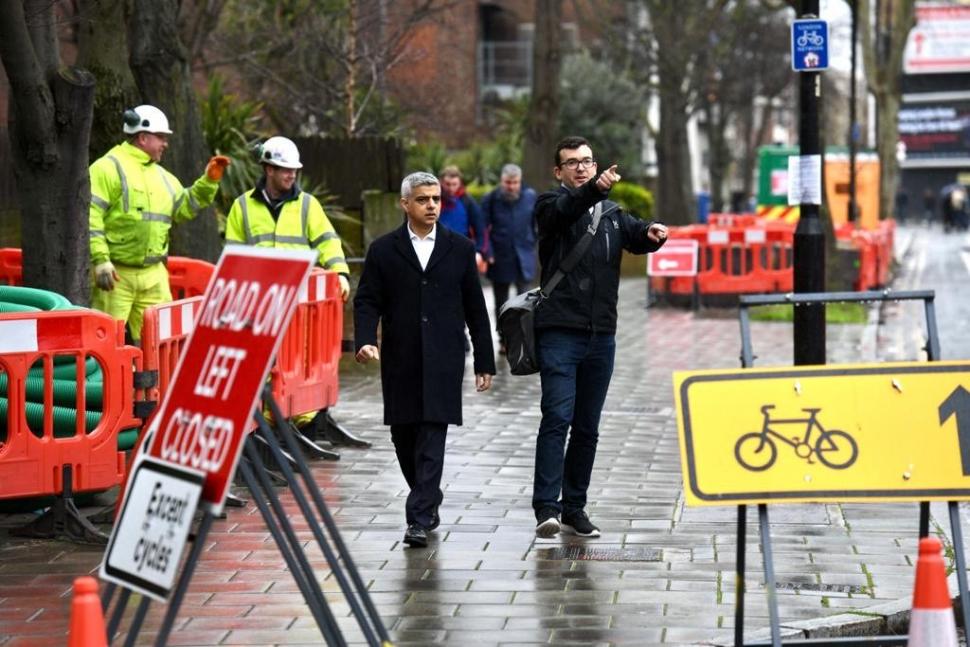 Sadiq Khan and Will Norman

Mayor of London, Sadiq Khan, today announced he’s tripled protected cycle tracks in the city during his four years in the job. Khan told road.cc he believes cycling is a social justice issue and urged people to press politicians for protected routes.

In 2016 there were 50km of protected cycle tracks in London, mostly installed under former mayor, Boris Johnson. Prior to his election Khan pledged he would triple that number, both completed and in construction, by the end of his first term, counting routes in both directions, and his team are now claiming they have met that target, with 112km further protected routes completed or in progress, taking the total to 162km.

Not all the routes are completed yet, however, some were begun under the last mayoralty, and two boroughs alone account for a third of new cycle tracks, but campaigners say they are positive about progress. Khan told road.cc this morning he was “chuffed”.

He admits progress is patchy, and pointed the finger at “really bad councils” like Westminster and Kensington and Chelsea. London’s 32 councils run 95% of London’s roads, and Khan said he would continue to work with a “coalition of the willing”, boroughs like Enfield and Waltham Forest who, together, account for almost 40km, or a third, of the total new routes, as well as boroughs like Lambeth and Southwark. 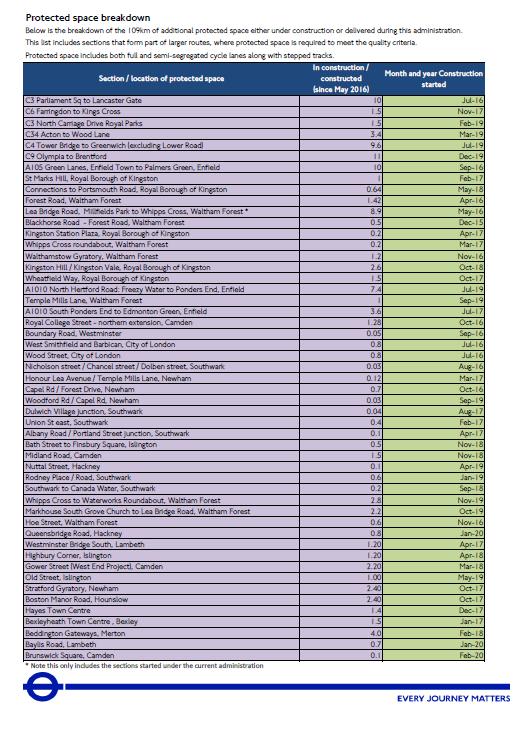 List of claimed increase in cycle routes in London 2016-2020. Source: Mayor of London

He described cycling and walking as a social justice issue and urged people to lobby their local councils to “do the right thing”.

“I think it's fantastic that many of us who are middle class are confident cyclists. But the reality is there are many parts of London, where people who have never ridden a bike before lack that confidence.”

He described cycling as “empowering”, but also important for health.

“We've got a big issue with more and more Londoners who are obese or overweight and inactive; this makes them active but also helps the NHS and so there aren't many downsides, but there are lots and lots of upsides”.

Westminster and Kensington and Chelsea “putting up roadblocks”

Khan says if re-elected he will continue to work with willing boroughs, but says the city needs people power to fill in the gaps.

“I'm calling upon Londoners to use people power to lobby these councils do the right thing. In the meantime, I'll continue to work with a coalition of the willing, but wouldn't be nice if, rather than councils like Westminster and K&C [Kensington and Chelsea] putting roadblocks up they worked with us to have more protected space.”

Khan’s mayoralty has increased the cycling budget by 40%, introduced a star rating scheme for lorries and tackled some of London’s worst junctions, with mixed results. However, some still see progress as too slow. From Monday all Transport for London controlled routes in the Congestion Charge zone will have a 20mph speed limit.

Some of the routes being counted were funded by the previous administration, under Boris Johnson, while others are not yet complete. Work is currently underway on Cycleway 4, a 10km route between Tower Bridge and Greenwich, while work started on Cycleway 9 in December, 15km between Brentford and Olympia in West London. Cycleway 34 is 6km between Acton and Wood Lane, and there are new routes around Tottenham Court Road.

I've done a little pivot table and *roughly* calculated distances completed within each borough. As you can see, some councils are disproportionately responsible for increases in protected cycleways since 2016. Others (Kensington and Chelsea) are apparently absent pic.twitter.com/axp4uEBevn

Decarbonisation of London transport by 2030?

The London Cycling Campaign is soon to call for total decarbonisation of London transport by 2030 – just ten years’ time, a goal Khan has also set himself, if he is re-elected.

The London Cycling Campaign’s (LCC) Simon Munk said the charity is “broadly very satisfied and happy” with progress, but warned many of the city’s Safer Junctions are not safe enough, even after revamp work has taken place.

This morning LCC CEO, Ashok Sinha, said the focus must now be on creating a network across London, and on rapidly decarbonising the city’s transport network.

Update: this article was updated on 28th February to clarify the pledge made by Sadiq Khan ahead of his election in 2016, to triple miles of protected routes, including those in construction, and counting both directions in the total.