They're not afraid to push the boundaries at Fizik. They gave us the Arione which revolutionised the shape of performance saddles; they gave us animals that reflect the cyclist you are; last year they gave us some very fancy new shoes… and now Fizik launch the Kurve a "revolutionary" new saddle that moves with your shorts. In a good way. Not only that, this is also a saddle you can 'tune' to your specific needs. 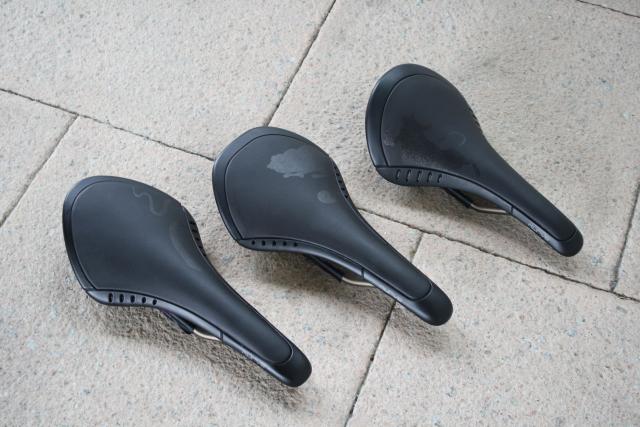 The Kurve is not just one saddle it's a range of saddles. In effect, it's a range that both mirrors and sits above the company's existing range of performance perches – the Arione, Aliante and Antares. Each of the three new Kurve saddles has the shape of one of the existing saddles and similarly corresponds to one of Fizik's Spineflex animals: snake, chameleon, or bull. Spineflex is Fizik's saddle fitting system that helps you choose the right performance saddle based on your level of spinal flexibility. All three Kurve's weigh the same too – 220g.

At the moment flexible racing snakes are pointed at the long, flat, Arione, while the not quite as flat Antares better serves the slightly less flexible Chameleons. For less supple Bulls, Fizik reckon the Aliante is the way to go – a wider saddles shaped to help tilt the rider's pelvis in to the correct position, engaging their core muscles for increased pedalling efficiency. From this autumn though, snakes, chamelons and bulls will have an extra choice – a Fizik Kurve, which is a saddle with a 'dynamic interface' – which, say Fizik, will deliver the ultimate in rider comfort and efficiency.

A dynamic what? Pierre-Henri Medas the Kurve product manager explains it better than I can in the video, but the idea here is that the Kurve both supports the rider and moves with him or her for maximum on-the-bike comfort. So instead of sitting on the saddle, you sit in it. The idea of a performance saddle that moulds itself to you is not a new one – Brooks (Fizik's sister company) have been making them for years. It's just that the moulding takes a tad longer. The difference here is that instead of locking you in to a position the Kurve moves with you too. Fizik dub this Re:Flex (with the inevitable colon). It could be said to be an evolution of their existing Twin Flex technology where a rigid section of multi-directional carbon around the outer edge of the saddle base holds a more pliant inner section of bi-directional carbon. This imparts a certain amount of flex designed to provide a sweet spot for your undercarriage. With the Kurve, though, you have not one but three sweet spots that move with you, as does the saddle cover. 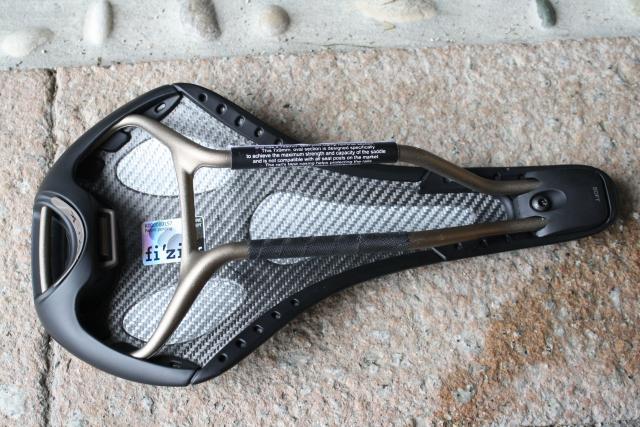 The Kurve starts with the shapes designed for the Spineflex animals and used in the Arione, Aliante, and Antares. However, aside from the shape and the fact that the Kurve range also incorporates the same Wingflex technology, everything else about the Kurve is completely new. The rails, base, and even the top cover are all different, as is the manufacturing process. The base is made from three layers of long fibre carbon sandwiched together and thermoformed. The clever bit is that the top and bottom layers feature three cutouts of differing shapes for the snake, chameleon or bull for the main rider contact points with the saddle – your sit bones and perineum. 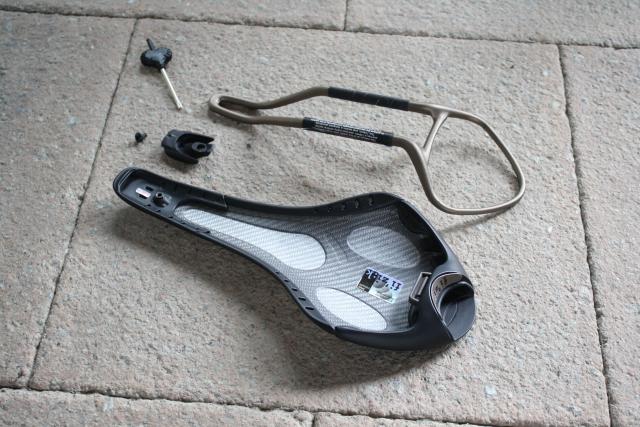 Fizik have also paid attention to the saddle's own internal contact points - where the saddle base fixes to the rails, by incorporating a mobius rail (a continuous curve… we'll call it a circle) to the rear part of the saddle. This allows them to move the fixing point for the rear section of the saddle right to the back – on more traditional designs the rear fixing points are too near the rider contact points for Fizik's liking or comfort. The mobius rail also has the added benefit of providing an extra brace, giving a super-stable platform for the saddle base to do its dynamic interacting.

Interestingly, the rails are made from 2014 forged aluminium (although it is given a nice titanium-coloured paint job), and Fizik confirmed at the launch that they have no plans to introduce a carbon-railed version. Apparently, the very small weight saving doesn't justify the extra costs of production. 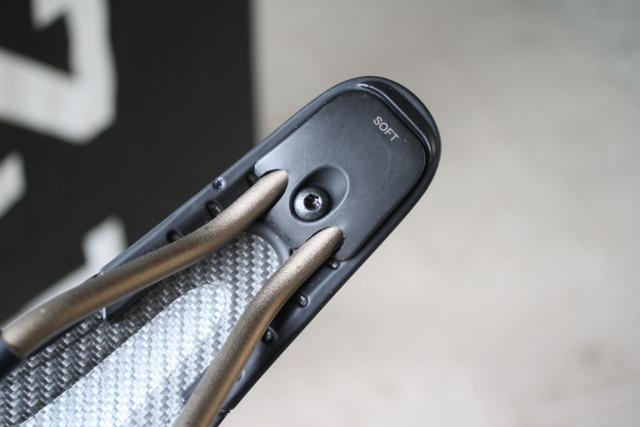 Not content with a new type of base, rails, and saddle cover… I didn't mention that? Pierre-Henri explains all in the video, Fizik have also made their Kurve saddles tuneable. Each saddle comes with a choice of Nose Tuner – either soft or hard – which tensions the saddle base. You get more tension with the hard tuner and less with the soft, allowing for more flex in the base.

So, the $64,000 question: what's it like to ride? We won't be getting proper test samples until September when the Kurves hit the shops, but I did manage three hours on a Kurve Snake. Having seen Fizik's Spinflex system, I'm probably more of a Chameleon but I normally ride an Arione so the snake seemed a fairer comparison. While to outward appearances they look the same, the ride is subtly different. The Arione is definitely a saddle that you sit on top of. It's totally flat and there is no real give aside from the Wingflex sections at the side. The Kurve Snake, by contrast (for me at least), felt like a a saddle I was sitting in - not in a squishy cushion sort of way, more that I could feel it moulding to my sit bones in particular as I sat down. And I felt a more supported sensation while riding. 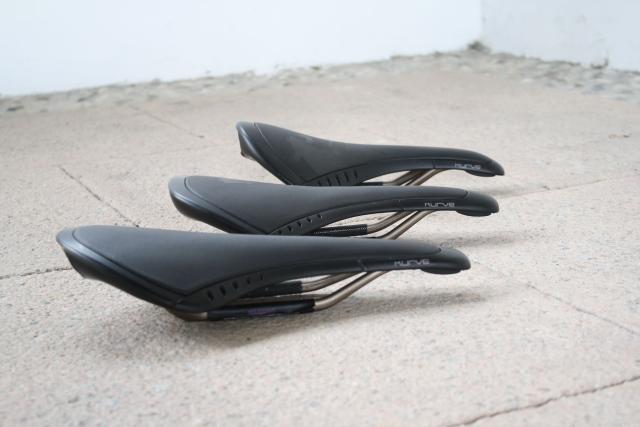 Could I feel it moving with me? Erm, no. Well, apart from the wings, I couldn't really detect the section under my sit bones moving up and down except when I sat down again after some out-of-the-saddle action on the climbs, but maybe that's the point. I also wasn't aware of any rubbing between shorts and saddle or any heat build up – something I do notice on the Arione, the cure being to shuffle along a bit. Nope, here I just felt comfortable – more comfortable than I would on my Arione – and free to sit back and enjoy the ride and the Italian scenery. The real test would be after a long day of hard riding; that is what the Snake is designed for. So far though, so good.

Fizik hope that the Kurve will once again help them gap the rest of the market in the way they feel the Arione and Aliante did getting on for 10 years ago. It would be tempting to dismiss talk of "dynamic interfaces" with your shorts as so much marketing fluff, but Fizik's track record would suggest that this would be a mistake. The Italians already have four patent applications granted on the technology that has gone into the Kurve with another three pending, and they have a track record of combining technological innovation and craftsmanship to deliver performance products with comfort inbuilt. All that technology doesn't come cheap though, and Fizik are after all a high-end brand. The saddles weigh 220g and in Europe the price of a Kurve works out at a Euro per gram. The UK price is likely to be £199 and they should be in the shops this September.