Hard on the heels of yesterday's story about the London Bike Show signing up the big makers, Trek arguably the biggest of all of them all is telling us they're bringing their all-singing, all-dancing ProjectOne 'build your perfect Madone or Speed Concept' system with them so you can order your new season bike at the show.

It reminded us we hadn't played with ProjectOne online since it was launched; above is the Dura-Ace and Bontrager-equipped Madone 6.9 SSL finished in Orange Smoke with Eggnog coloured graphics adding up to £7,199.99 which we're hoping Santa will bring us. Meanwhile, back in the real world Trek is running a competition on their UK Facebook and @TrekBikesUK on twitter to win one of four bike fittings worth £180 performed at the show by one of the Trek Fit experts. The prize includes entry to the show. The Italian Pistard brand is offering a new jacket called Skinny they're hoping will combine some of the things we like in a technical cycling jacket like high neck, long back, three rear pockets and removable sleeves with a soft new cotton fabric that combined with synthetic windstopper means it performs well but looks good on the street, too. They've got a promo on with their web retailer Indie Up to encourage you to recommend your friends. Check it out; price of the jacket is €162 or £139.

Getting in the Christmas spirit: Shutt VR with liveried glassware Shutt are saying 'Latte' but we're thinking 'Eggnog' because you can put alcohol in it. For fans of the British-made brand, they're offering a pair of these tall handled glasses for £14.99, an ideal gift we'd have thought. 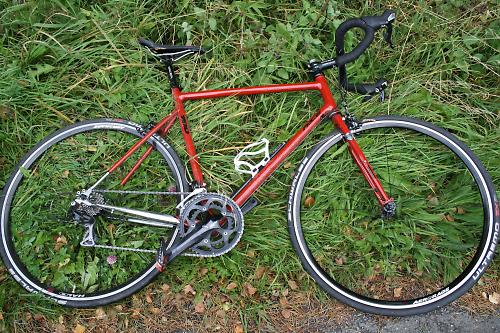 Pace are famous for their mountain bikes so it will be grinning off-roaders who are mostly excited by the Yorkshire mudmeisters setting up camp at Whinlatter Forest in Cumbria in the end of this month and then again Sherwood Forest in Notts at the beginning of December. The idea of the Pace Demo Days at popular trail centres is to give anyone and everyone an opportunity to try a top-notch mountain bike on some great trails.

Ah, but of course we know they also make a very tidy road singlespeed, the 42:16 VecchioJo reviewed on here back in May and that will be there to test ride, too. Now imagine those smooth fillet-brazed joints on a geared road bike, right? Good, then they will also be offering demos on a forthcoming steel road project called RC700 which we managed to photograph on a recent trip to the Pace lair at Dalby Forest. 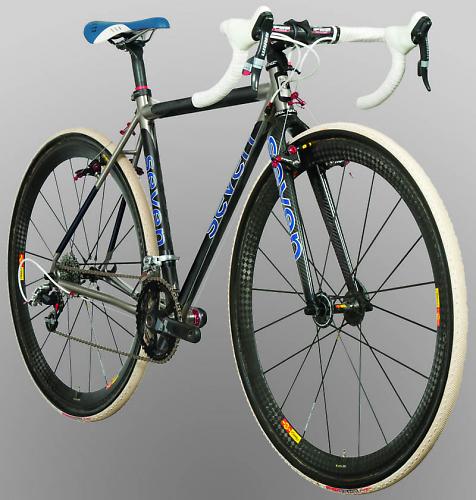 Quite literally as we were pressing the 'post' button on this roundup news came in of this new cyclo-cross model from Seven Cycles in America; the MudHoney Pro with titanium lugs and carbon tubes bonded therein making what they claim is the lightest 'cross frame they've ever made at 1,300 grams with the bonus that it can be custom built to your exact dimensions. Big Dave is working on a story. He's quite excited although he might balk at £5,515 for the frame and fork price, lovely as it looks.

road.cc's recent first look at the Kinesis Crosslight Pro6 turned into a bit of a photo and video fest with importers Upgrade and their local compadres Morvelo grabbing the opportunity for a bit of VecchioJo - aka Jo Burt - modelling action. They've put out a video called 'Race or Escape' featuring Jo starting out from his home near the South Downs and...well, we wouldn't want to spoil it, would we?