Brand new pro-level time trial bike... and we've got the only one in the UK
by Mat Brett

There’s only one Wilier Twin Foil demo bike in the UK right now and guess where it is. Betcha can't. Oh, okay, you can... Yup, it’s right here in the road.cc office. We’ll have the exclusive first test coming your way shortly.

We first reported on the Twin Foil from Eurobike after Team Lampre used it in the time trials last season. Wilier haven’t gone down the usual route of minimizing the frontal area to reduce drag, they’ve extended the fork legs right up to the handlebar to manage airflow in a different way. They’ve given the chainstays and seatstays a wider profile than normal too, the idea being “to distance them from turbulent air generated by spinning wheels”.

Aerodynamics is a complicated business. Common sense says that the lower the frontal area, the lower the air resistance; the smaller the bike’s silhouette when viewed head on, the faster it’ll be. Sadly, it’s not as straightforward as that… 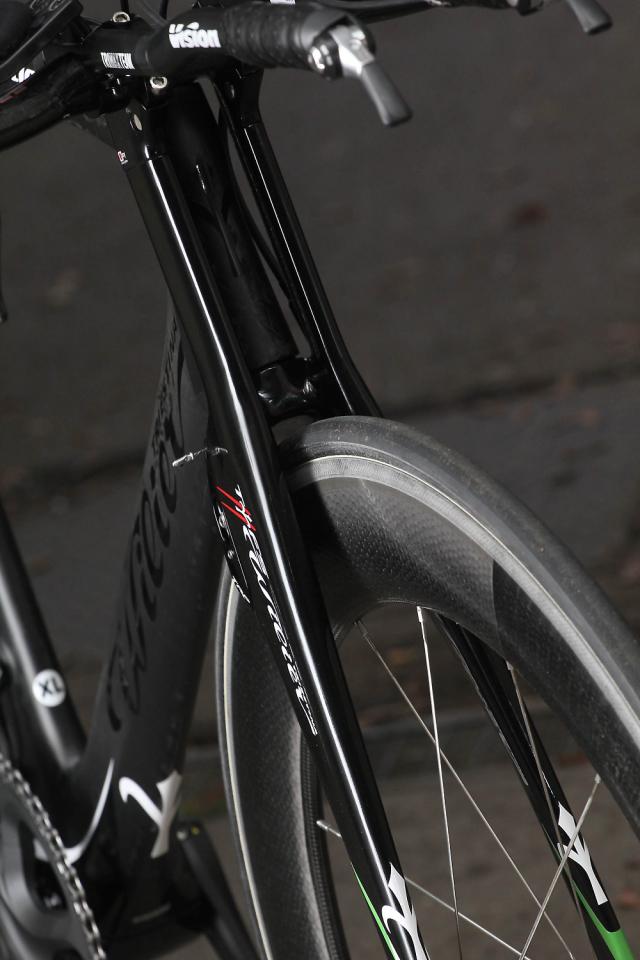 “It’s really all about airflow management: developing a frame and fork capable of directing airflow through and around body parts as well as components and wheels,” say Wilier.

They call the airfoil elements at the top of their Twin Fork ‘flow stabilizers’, and they’re designed to minimise turbulence, sending air on its way in a linear way. They also reckon the shape of the Twin Fork provides “superior responsiveness and lateral stability”, and that by fixing the handlebar directly to the fork rather than using a traditional steerer, they reduce flex. 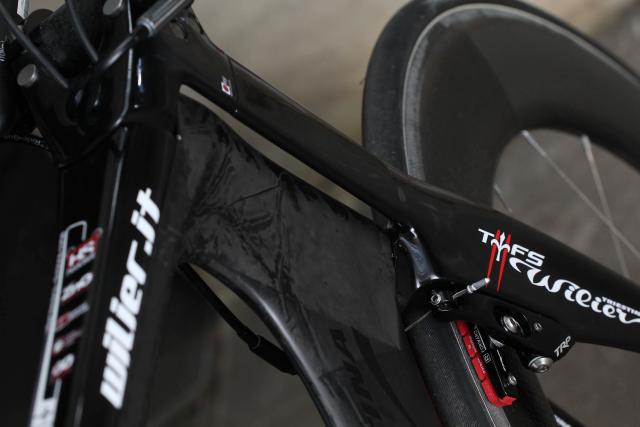 The bolts for the handlebar clamp thread into nuts that sit in recesses in the stem section of the fork, by the way, rather than screwing directly into the fork itself. That means that if you cross thread it, you run the risk of wrecking the bolt, not the fork itself. We've been told that Lampre have just completed testing and signing off some handlebar adapters that allow 47mm of vertical adjustment in the handlebar clamp position. This should be of benefit to long distance triathletes, for example, who might struggle to hold an ultra-aggressive position for several hours.

So, Wilier claim that their Twin Fork is aerodynamically efficient, stable and stiff. Fast and well behaved, basically. The front end is the most attention-grabbing area of the Twin Foil but it boasts features throughout that are designed with aerodynamics in mind. The tube profiles are long and slim and, as I mentioned up top, the stays are widely spaced on either side of the rear wheel. The seat post binder assembly lives at the junction of the top tube and seat tube, sitting flush with the frame so there’s nothing to disturb the airflow. 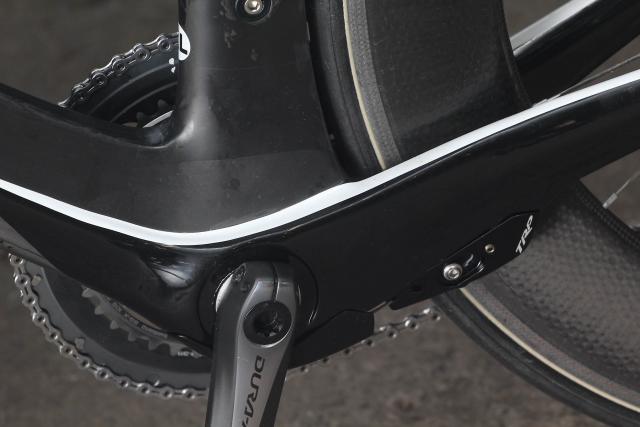 The brakes are V-type, the front calliper sitting at the back of the fork, the arms following exactly the same lines as the fork legs with just the shoes/pads extending out. The rear brake, meanwhile, is positioned below the chainstays and it gets its own carbon shield to shelter it from the wind.

So that, briefly, is the Twin Foil frameset and that little bundle is priced at £3,750. Yep, not cheap, but this is a pro-level machine. It has been designed to perform at the highest level. 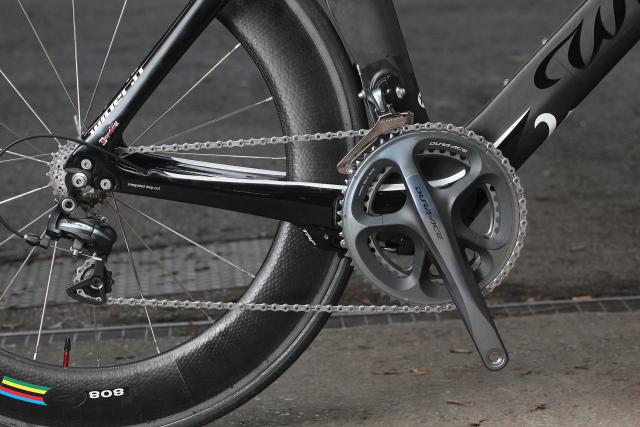 If you want to build it up like our test bike, that’s going to cost you plenty more. We’ve got a Shimano Dura-Ace groupset, Zipp 808 wheels, Vision cockpit, Vittoria Corsa Evo CX tubs… lots of good things. You're looking at about £9,000 all in. Gulp! We’d better go careful out there.