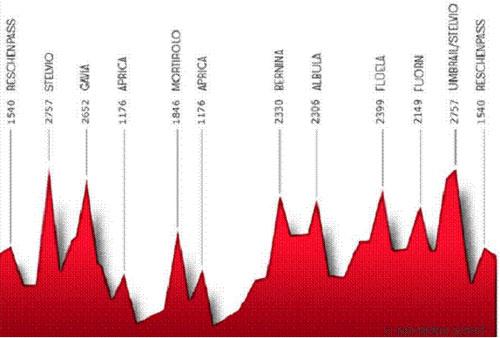 Mad Mike Cotty is up for the challenge...
by dave atkinson

Cannondale's Mike Cotty isn't a man to shirk a challenge, and every year they seem to get that little bit more extreme. This year he's working up to the Cent Cols Challenge (100 climbs in 10 days), and tomorrow he'll be on the start line of the gruelling 535km Race Across the Alps – eleven cols totalling 13,000m of climbing – which he's aiming to complete in 24 hours and you will be able to follow his progress live.

Mike's not taking the challenge lightly. "Whatever way you look at it this is one big ride. Covering these climbs in a week is highly commendable, attempting to conquer them in a day verges on utter lunacy. I think that’s what someone said to me once", he says. However, instead of immediately dismissing and forgetting about the race like a normal human, Mike's been consumed with thoughts of completing the mammoth challenge ever since: "I haven’t been able to sleep easy until I’d attempted the race for myself", he claims. He'll certainly sleep well once he's finished! 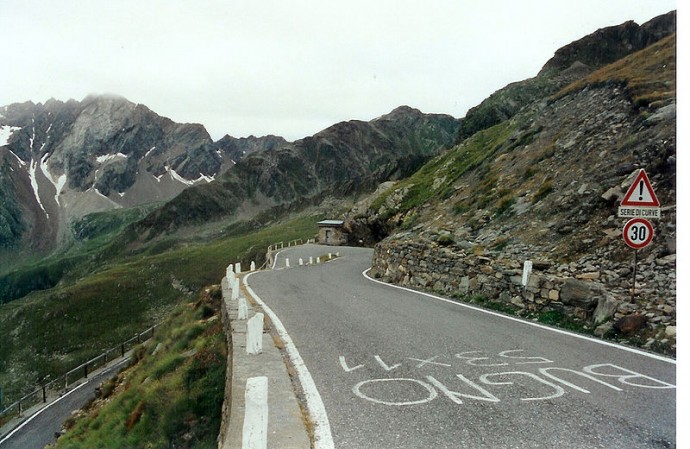 Starting in the Austrian village of Nauders, the 535km route is a true epic, crossing into Italy and Switzerland to scale a host of iconic mountains including the Stelvio, Gavia, Mortirolo, Aprica, Bernina, Albula, Flüela, Fuorn and Umbrail. The timekeeping and rules seem fairly straightforward: "You get given a road book the day before (in German), you’re allowed one support vehicle and you, or your support team, have to send a text message to race officials at certain points to prove you're still alive.

Easy eh?" Logistically, yes. Physically? No. Mike's been ramping up the training (including an 8h20m ride of the entire 200km South Downs Way on MTB) and is raring to go: last time we spoke to him he was on the Eurostar, and the next time we'll see him will be as a blip on the ride's live tracking site – you can follow his progress online from 11am tomorrow.

Unsurprisingly Mike will be aboard a Cannondale for the race, in fact he has two bikes lined up for the ride, both built around Super Six frames. For the climbs there's a super light (870g) unpainted 2010 frame, decked out with Mavic Cosmic Carbone Ultimate wheels, 10spd Record and USE finishing kit: built up it weighs in at 14.5lb.

The other machine is a fairly standard road setup, but with USE aero bars added to give an extra position and reduce drag on the flats. Both bikes are running a 50/34 compact, and Mike's pretty pragmatic about that: "when I hit the 18% gradients on the Mortirolo after 200km, and there’s still another 300km+ to go, I’m confident this gearing will work to my advantage". Indeed. For navigation duties Mike's running a Garmin Edge 705, although judging by the pics on his website he hasn't invested in the pro peloton extra zip tie just yet.

Mike's last thoughts on the ride? "Let's hope the Gavia doesn’t look like it did in ’88 during the Giro. But then it’s not supposed to be easy now is it?"

For more on Mike's training and updates from the race, visit www.mikecotty.co.uk