The Madison-Genesis race team have already had some success on their metal race bikes, in fact Ian Bibby powered home to a win at the IG Nocturne at the London Bike Show at the Volare's first competitive outing. Soon the bikes will be hitting the shops and there's a range of frames all sharing the same race geometry. The Volare will be available in four different grades of Reynolds steel Starting from the bottom end there'll be a Reynolds 631 frame, then an 853, a 931 and a 953. Reynolds 631 steel is a well-regarded tubeset that's often used for Audax-type bikes, whereas the more expensive air-hardened 853 and stainless 931 tubesets are more of a racing bent. The super -hard and difficult to work 953 tubeset is Reynolds' top offering and Dom told us that the stiffness that it can give at the crucial bottom bracket interface is second to none in steel. 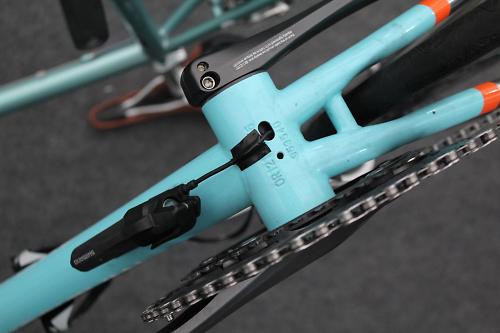 The shaping of the tubes is mostly done by Reynolds. The 631, 853 and 953 tubesets are all made in the UK and much of the shaping is done as part of the manufacturing process, although some of the work is also done when the tubesets are assembled into frames in Asia. That stiffness, essential for power transfer in a race bike, comes from an 85mm bottom bracket shell with press-fit bearings, much wider than the standard 68mm unit ans allowing Genesis to use much bigger chainstays for extra stiffness. Three of the four Volare frames use the bigger BB shell, with the Reynolds 631 frame sticking with a more conventional setup. The 953 version will come in a Di2-friendly internally routed version, with the battery slung under the down tube and the wire heading into the frame via the bottom bracket as shown above. The two top-tier bikes are essentially exactly the same frame as the team are riding at the moment; some of the riders are on the slightly cheaper 931 bike that gives a slightly more compliant ride and is also a touch lighter, although it's not as stiff. Genesis are also hoping to give the 853 bike a few outings in the pro peloton, both for rider feedback and to show that the bike can mix it with Carbon and the more exclusive steel. 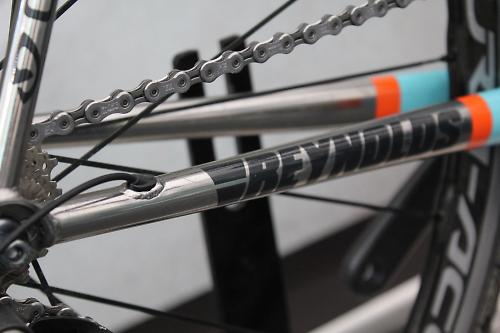 The Reynolds 931 frame won't be available on its own, as Genesis think that most people in the market for a steel frame at that end of the range will be prepared to pay the extra for the top of the range platform. It will come in a Shimano Ultegra build for "2-something, we're still working it out," Dom told us.

Right at the top of the pile is the Reynolds 953 frame, which comes in two separate versions for mechanical and electronic shifting. The frameset will be £2,200 for Di2 compatible or £2,100 for mechanical. There'll also be a full team build (most likely substituting the Shimano C35 tubular wheels for the clincher version) withe a full Dura-Ace 9000 series groupset and Pro Vibe 7s finishing kit. That's going to set you back around £6,000.

All of the frames share the same geometry as the race bike, so even the bottom bike in the range isn't really competing with Genesis' well-regarded Equilibrium; it's a fair bit longer and lower than that. We're looking forward to having a go on the bikes and there's a launch event scheduled for July; in the meantime here's Dom talking us round the important features of the frame. 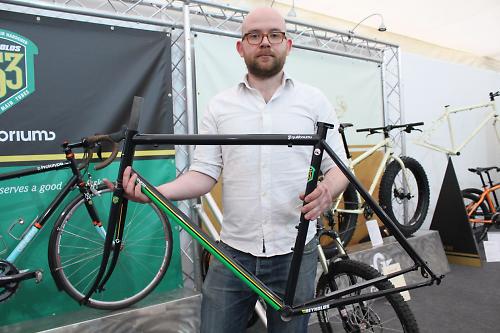 We've gushed at length about the Genesis Equilibrium in the past and it remains a firm favourite in the office. Originally the frame was standard Reynolds 520 but was uprated to 725 a couple of years back. Now the 853 version, that we saw the prototype of at the London Bike Show, is a reality. So much of a reality that the one that we nicked from the show is sitting here in the Ramada Hotel room as we type this, ready to be built up for some testing. Lucky old us. They're making it with green and yellow highlights to match the colours in the Reynolds badge, on a dark grey base. Norwich City fans rejoice. The 853 Equilibrium frame and fork will retail for £749 and stock isn't far away. The new 853 frame comes with a matching 853 fork. Dom reckons that the ride from the 853 tubeset is similar to the cheaper 725 frame but the fork is a real improvement in terms of comfort without losing any of the Equilibrium's super-planted feel. We'll have a chance to find out for ourselves soon. Also in the pipeline is a disc version of the Equilibrium, which will have a steel disc fork and an inboard-mounted calliper mount to the rear, heel clearance allowing. We're looking forward to seeing that one too.