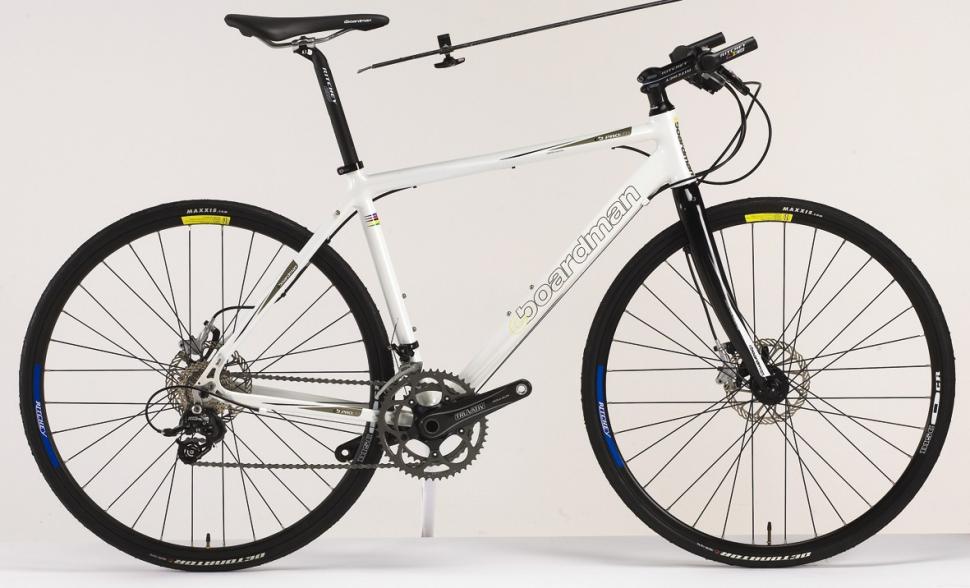 This week's Boardman 2009 launch wasn't all head-turning world championships and Olympic winning carbon road bikes in fact the first machines to grab our attention were the commuter models, particularly the Hybrid Pro Ltd, which on paper at least looks like a real wolf in sheep's clothing.

The frame on the bikes at the launch were so well put together with no hint of weld seams on the Hybrid Pro Ltd that our first thought was that it was carbon – particularly as Halfords are doing a carbon road bike for the same price – it was only the 'tap test' that revealed it be metal – mind you it is triple butted metal.

Spec highlights on this baby are, well, pretty much everything: that triple-butted aluminium frame and full carbon monocoque fork,  Avid Elixir Carbon disc brakes, Truvativ 50-36 carbon crankset mated to a SRAM Rival 20-spd rear mech and SRAM DoubleTap shifters, and you get a decent set of Ritchey Pro rims with sealed carteridge bearing hubs. It weighs 20.6lb (9.3Kg) – which is pretty good for a disc equipped bike.

This looks like a really nippy proposition, you might find yourself a tad under-geared on long flat runs, but the for the sort of stop/start riding common to most commutes it looks perfect. Plus the combination of a good set of hubs and decent disc brakes mean those Ritchey rims should last a very long time indeed.

Finishing kit is a Ritchey seatpost, 'bars and barends – the latter are a nice touch giving just enough room for extra handholds on longer rides or when you're blasting along on the straight.  The  saddle is Boardman branded. All the bikes also come equipped to take mudguards or a rack.

The Hybrid Pro is a new model in Boardman's commuting range and at £999.99 it is not only very competitively priced, it is also priced to take advantage of the government's price cut-off point for anyone buying a bike under one of the bike to work schemes – Halford's know all about that they run one of the schemes themselves.

As an aside anyone with a grand to spend should get more bike than ever in 2009, thanks to those schemes. Manufacturers have woken up to the fact that bike to work schemes shift lots of bikes – so some machines that in the past would have been £1100 or even £1200 have come down to the magical £999.99 price point, or, as Halfords have done, bike firms have shoe-horned what is effectively a 'cycle to work scheme' model into their ranges. And we are not just talking flat bar bikes here, the trend is happening with road bikes too – after all, you can ride to work on pretty much anything.

Anyway, back to the bikes. All the commuter models have Boardman's signature tube profiles, the flatter, sculpted, thinner in the mid-section top tube, the square chainstays, and thin seat-stays for a bit of vertical cushioning. In the case of the Hybrid Pro these tubes are triple butted down with more material where it's needed and less where it isn't – wall thicknesses are down to 0.8mm in places. All the other bikes, the Pro at £749.99, the Team at £599.99, and the Comp at £449.99 have double butted frames. Apart from the frames are the same on all models the difference in pricing being accounted for by the spec. 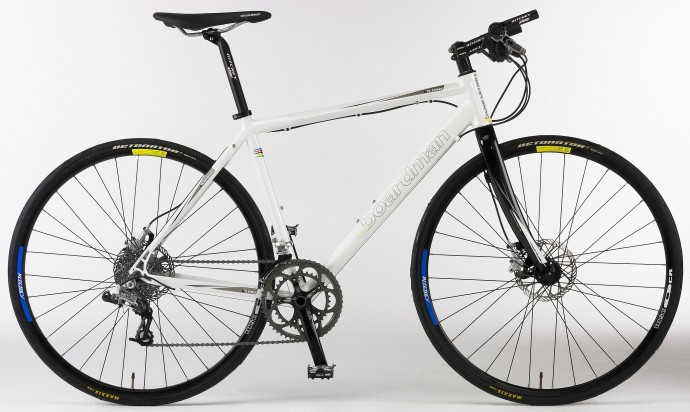 The Pro (above) is essentially the same as the Pro Ltd bar the double butted frame and it loses the SRAM Rival rear mech and 10-spd cassete for SRAM's mountain bike-based X9 (back) and X7 (front) gearing and shifters. Halfords'  claimed weight for the Pro is 21.2lb (our scales matched their's on everything we weighed at the launch). 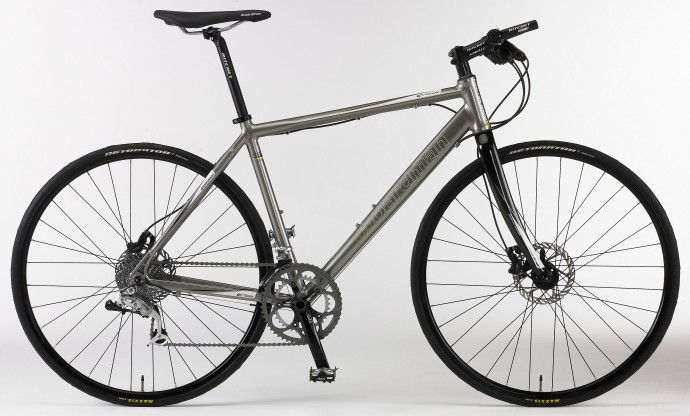 The Team at £599 drops those Ritchey rims for Boardman branded Alex ones, gearing is a combo of SRAM X7 and X5 with a compact double chainset, the Avid Elixirs discs give way to Avid Juicys. All this adds up to a weight of 22.3lb. 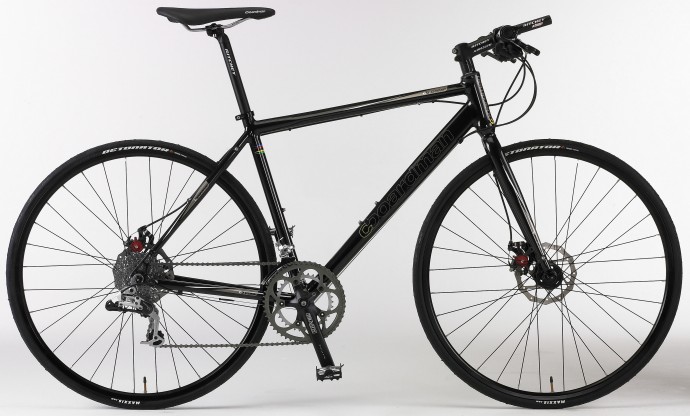 The base model Comp is £50 more than last year, but Halford's justify that by pointing to the uprated spec which now includes Avid BB5 mechanical disc brakes.

Look out for a test of the Urban Pro Ltd on road.cc soon.