A first look at Merida's 2014 bike range
by Steve Worland

We just visited Merida's UK HQ for a preview of next year's bikes. There are some real standout options at various price points in the range. Test bikes will follow, but here's a brief overview.

Taiwanese bicycle manufacturing giant Merida was established in 1972 by Ike Tseng shortly after he'd seen a sign in the entrance of a US bike shop stating that they refused to repair any Taiwanese bikes “due to unacceptable quality”.

Ike passed away last year but his personal mission to prove that a Taiwanese factory can produce bikes of quality as well as value continues to set the tone in his family business. Merida makes bikes for the likes of Specialized as well as for their own brand, and the UK operation currently appears to going from strength to strength. We were given an exclusive look at the 2014 ranges just after they arrived in the UK. Bikes will be arriving in shops within a few weeks. 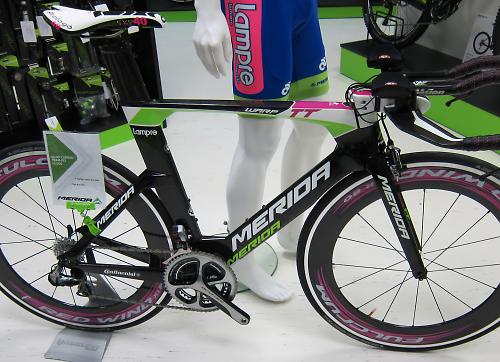 At the top end of the range Merida's involvement with the Lampre pro team is doing much to highlight their build expertise with carbon composite structures. The new version of the impressively posture-adaptable Warp frame and fork is more tunable than ever for time-trialists and triathletes and now comes in a £6000 Ultegra Di2 model as well as an £8000 Lampre Pro Team model. 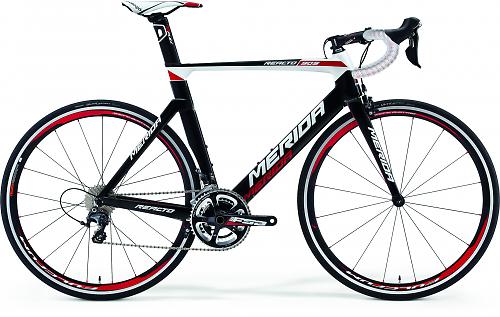 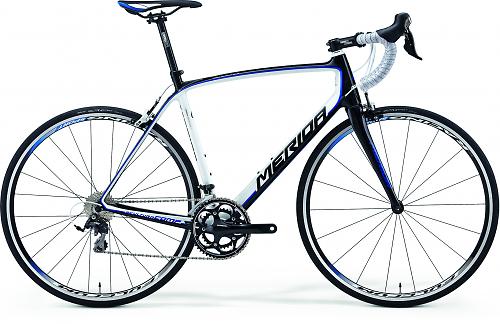 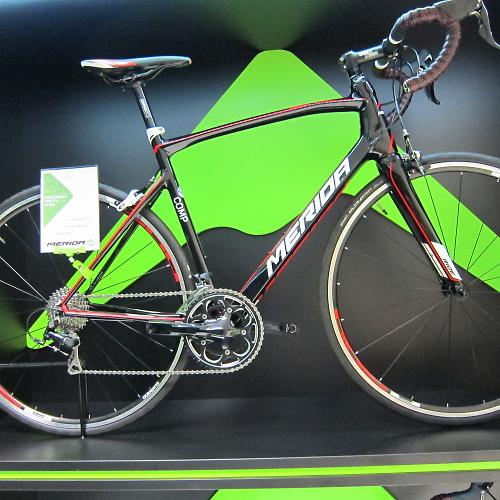 While the more starter-friendly Ride carbon bikes with higher head tubes and flex stays span £1250 to £5500. We really like the look of the women-specific Scultura Carbon Juliet 904 at £1500. 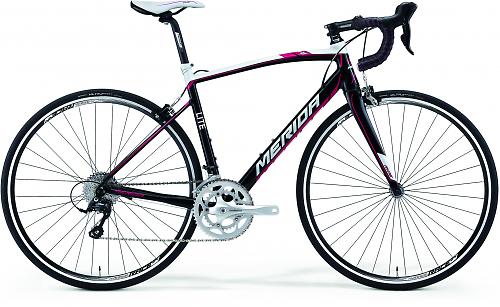 There are classy looking hydroformed aluminium versions of all the high end carbon framed bikes. Again, one of the women's models really stood out, the £750 Ride Alloy Juliet 91, with the £600 Scultura Alloy 900 and Ride Alloy 90 both looking like aesthetic and value highlights among all the entry level Race and Ride ranges. 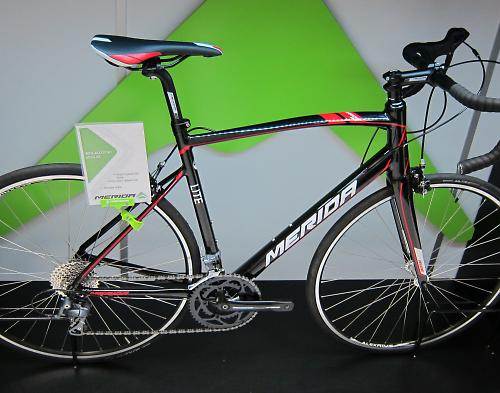 Both come with Shimano's new Claris 8 x 2 drivetrain parts. The £650 Tiagra 10 x 2 equipped Ride Alloy 93 looks the part too. The build and finishing quality of Merida's 6061 aluminium frames stands proud, with all but base level models boasting smooth double pass welds and an admirable attention to detail on items like bars, stems, saddles, seat posts and tyres. A lot of Merida's finishing parts are available to buy separately, including their tyres which are made by Maxxis. 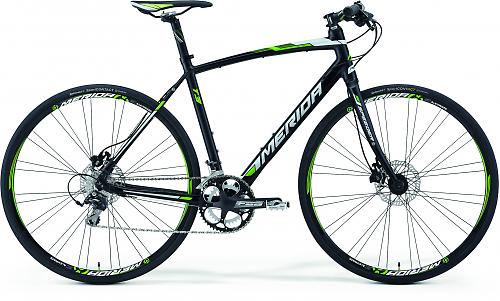 While Merida have committed solidly to the increasingly popular 650b (27ish) wheel size on their mountain bikes, their 'hybrid' ranges are split between the 7 model 700c wheeled Speeder lightweight fitness models, ranging from £450 to £1000, and the 13 model suspension equipped 26in wheeled Crossways, spanning £300 to £850. Both ranges have enough tyre room to allow them to effectively double up as 26 or 29in trail bikes but bikes like the Speeder T3-D are effectively flat handlebar disc brake equipped versions of the dropped bar Ride bikes: the framesets have very similar performance-tuned geometry. 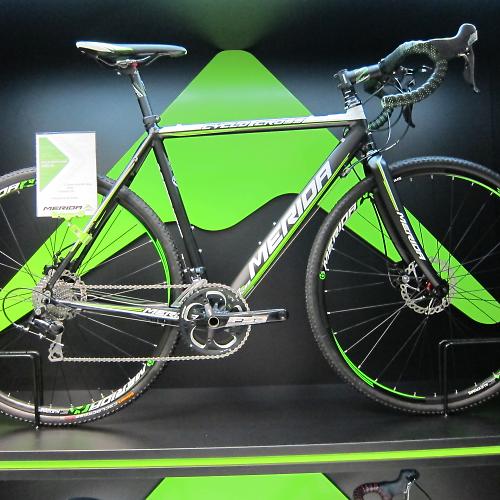 Finally, the two cyclo cross bikes in the range are looking very handsome too. The £1000 Cyclo Cross 4 uses a smooth welded butted alu frame, a carbon fork, Shimano 105 gears, Hayes CX disc brakes and Merida branded wheels with Continental Cyclo Cross Race 35mm treads, while the £800 Cyclo Cross 3 gets the same frame, an alu fork, Tiagra gears and the same finishing kit. Both have rack and mudguard eyelets, two sets of bottle bosses and enough tyre clearance for them to double up as fast touring bikes.