A roundup of the most interesting tech to land in our email inbox this week.

Hydraulic disc brakes are starting to make their presence felt in the UCI Cyclo-Cross World Cup. A little while ago Lars van der Haar won the opening round of the series on a bike equipped with the new brakes, and now it looks like the stars of ‘cross, Sven Nys and Niels Albert, are starting to dabble with using disc brakes. Nys hasn't yet completed an entire race with discs, but did recently complete one lap of a recent race on disc-equipped bike, just as a test of their worth. He seems to have come away impressed, if this video is anything to go by.

Now, we wouldn’t expect a video produced by Shimano and featuring its sponsored athletes to be anything but positive about the brakes, but cynicism aside there are some interesting quotes in there. 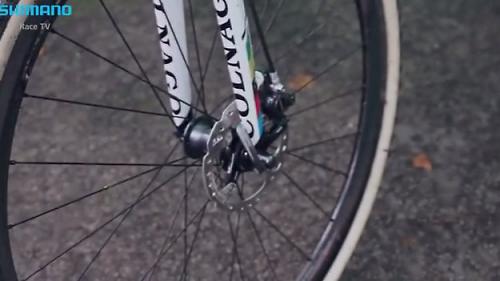 Said Sven Nys: “It helps me a lot, because in the beginning of my career I could slow down, and now I can stop." 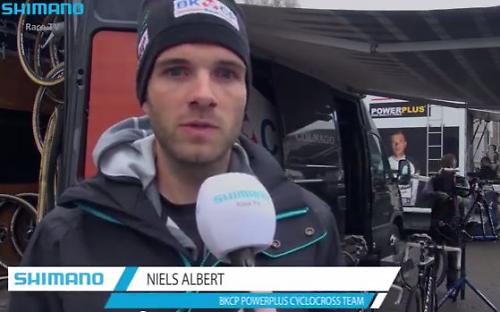 Continental have added the Force and Attack Comp tubular twin pack to their range. Previously only available in clincher format, the Attack and Force tyre combination has been a popular choice with many liking the combination of the 22m front tyre and 24mm, and this sizing is carried over unchanged into the new tubular tyres.

The tyre doesn’t replace the Competition tub, but sits just above it in the pecking order with a similar casing construction and semi-slick BlackChilli rubber compound. The twin pack costs £149.95

‘Champion Yellow’ Factor Bikes to be raffled to raise £20,000 for The Prince’s Trust

Factor bikes have partnered with The Prince’s Trust in an attempt to help raise £20,000 for the youth charity and have created this stunning one-off bespoke ‘Champion Yellow’ Vis Vires. 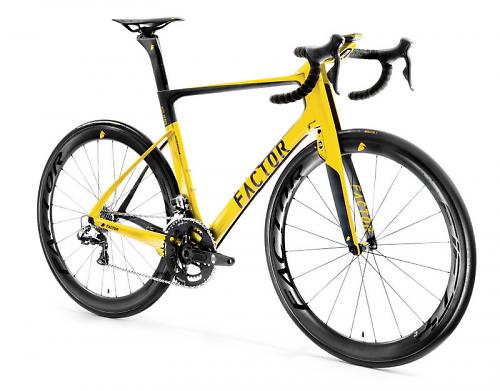 Factor Bikes have just started production of their ground-breaking bike, with 100 being created in a limited production run. The 100th bike of that production run, worth £10,000, will be painted in this striking yellow paint and raffled off. Ttickets cost £10 and all proceeds go to the charity. The bike is a size 56cm.

You can buy your raffle ticket now at www.princes-trust.org.uk/visvires 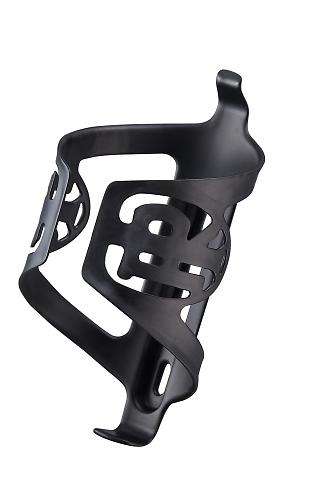 The bottle cage is constructed from carbon with a Tom Ritchey logo on both sides so you can really show your loyalty to the brand. It weighs a claimed 30g, which is pretty light as bottle cages go. It’ll cost €49.90. 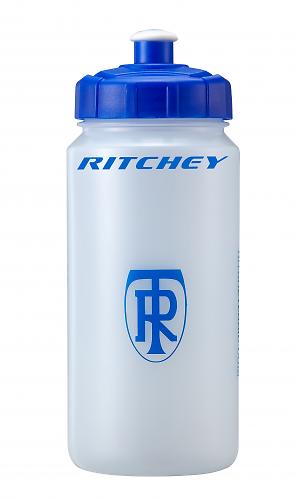 They also have the new Watter Bottle, available in 500 and 750ml sizes, and both feature a wide mouth so it’s easier to clean than, well a bottle with a narrow mouth. It’s branded simply with the TR logo and costs €3.90.

Aquapac have launched a new fully waterproof Messenger bag with a padded interior sleeve for transporting a 15.6in laptop, making it an ideal bag for regular commuters. There are a myriad of pockets for storing other office essentials like pens, business cards, mobiles phones and keys.

The bag is waterproof, claims the company, thanks to the water-resistant zipper, rainproof roll-seal and Velcro closure, and a storm flap that wraps over the bag. The back panel has ergonomic padded cushions so it’s comfortable on your bike and there’s the requisite loop for an LED light.

The bag weighs a claimed 623g empty and costs £95. http://store.aquapac.net/explore-product-range/backpacks-drybags-pouches...

Store your bike indoors with style

That’s the promise of the Cactus Tongue, an indoor wall mount that has just been launched. 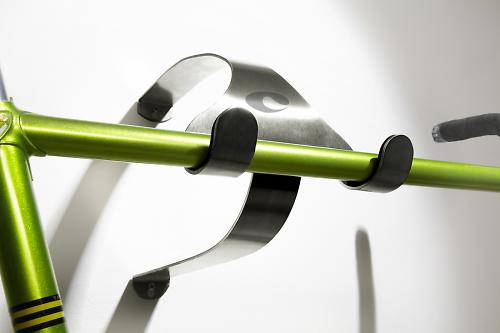 The Cactus Tongue aims to solve the problem of where to store the bike indoors, with a clamp design that they reckon also looks good without the bike hanging off it. There are protective pads on the main contact points to protect the paint work on your bike, and a twin keyhole system makes mounting and removal on the wall easy. 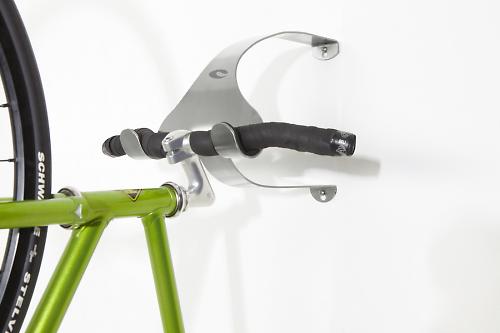 It costs £49.99 and will be available mid-December. More info at www.cactus-tongue.co.uk

Proviz, a company specialising in hi-vis sportswear, have just launched the Flare, a multi-purpose electroluminescent lighting device that can be attached to a bike, bag or clothing. It’s available in three colours - electric blue, red and green. 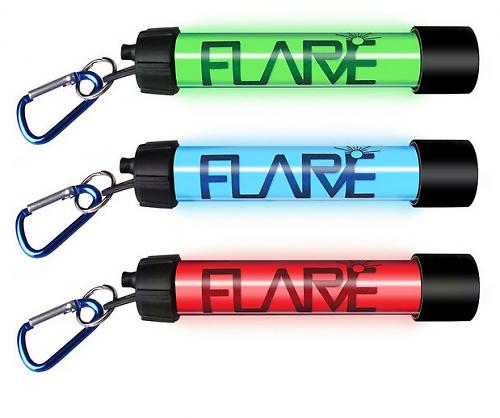 It is described as being robust and the battery lasts a claimed 60-70 hours, powered by a pair of AA batteries. It costs £24.99.

Here's a video of it in action:

RoofScope to keep an eye on rack mounted bikes

If you regularly transport bikes on the roof of your car, and you’re a bit paranoid about them being up there even though you’ve triple checked every strap, then the RoofScope could be for you.

It’s simply a mirror that uses a suction pad to clamp onto the button of the car, and allows you to see the bikes on the rood. The suction base uses a twist-action mechanism to fit into place, and the acrylic mirror simply clicks into place.

When not in use the mounting arm folds for easy storage and there’s a protective pouch for the mirror. It costs £19.99. Check it out at www.roofscope.co.uk