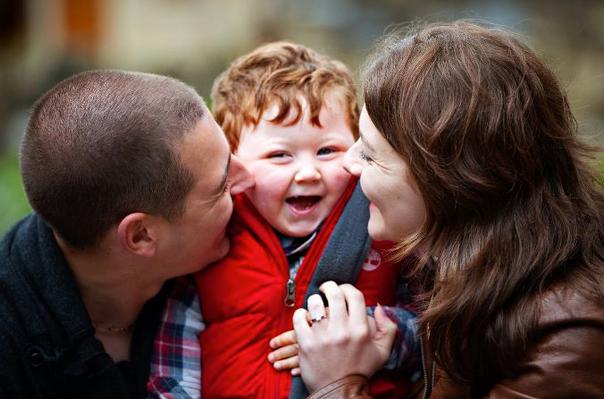 Father vows to cycle 3,500 miles to all Leicester City away matches for charity supporting son with rare chromosome disorder

Ambitious challenge for man who's never ridden more than a few miles - and he started with a 174 mile ride...
by Sarah Barth

A man whose son has a rare chromosome disorder is raising money to seek a cure - by cycling to every Leicester City FC away match this season.

He says: “Even though we finally had a diagnosis, the condition is so rare that all we were given was a two-page leaflet explaining the difficulties the few children that had been diagnosed with this condition face.

“It was devastating to read that there was a very high possibility that our beautiful little boy may never walk or talk, not to mention suffer daily with seizures brought on by epilepsy.

“We also learnt that Ellis would always face a battle with recurring chest infections that are brought on by the condition…this would be potentially the most serious problem we would face with pneumonia the most common reason for a shorter lifespan, if not treated quickly and efficiently.”

Richard and his wife joined a charity, ‘MECP2 UK Support and Research’, comprising around 25 families in the UK who were all hoping to be able to push for funding for a research project into the disorder, which will cost $733,000 just to begin.

Richard says: “I have set myself a challenge to set the ball roiling in raising funds for our wonderful charity. During the 2013/14 Championship Season, with the help of Chris Page and Gary Leeson, two of Ellis’ uncles, I will be cycling to each and every Leicester City away fixture, raising funds and, just as importantly, awareness of this rare condition along the way.

“This may seem a tough task to even a keen cyclist, but the difficulty of the task I face is increased by the fact that I have never ridden a bike more than a couple of miles since I was a child!”

Well, starting with a 174 mile trip to Middlesbrough on August 3rd, on new road bikes provided by sponsor National Windscreens, Richard has been going strong ever since and has raised an impressive £14,005.

The next fixture is against Sheffield Wednesday on December 3rd, and with Brighton soon after on the 7th, Richard is going to need all the backing he can get.

1
Cycle lane on one of UK’s ‘most beautiful’ streets set to be removed
2
Near Miss of the Day 697: Close pass driver overtakes without crossing white line — police action confirmed
3
Drug driver seen speeding at 80mph before hitting cyclist sentenced to 30 months in prison
4
“This is my path”: Drunk who claimed right of way on towpath and hurled racist abuse at cyclist avoids jail
5
Near Miss of the Day 695: Cyclist has third dangerous overtake in a month on same stretch of road
6
Argon 18 reveals high-end Sum and Sum Pro road bikes
7
Prosecution of football star Frank Lampard filmed by CyclingMikey using mobile phone while driving dropped, CPS confirms
8
Take a look at Specialized’s Roubaix Pro which aims to prove that ‘smoother is faster’