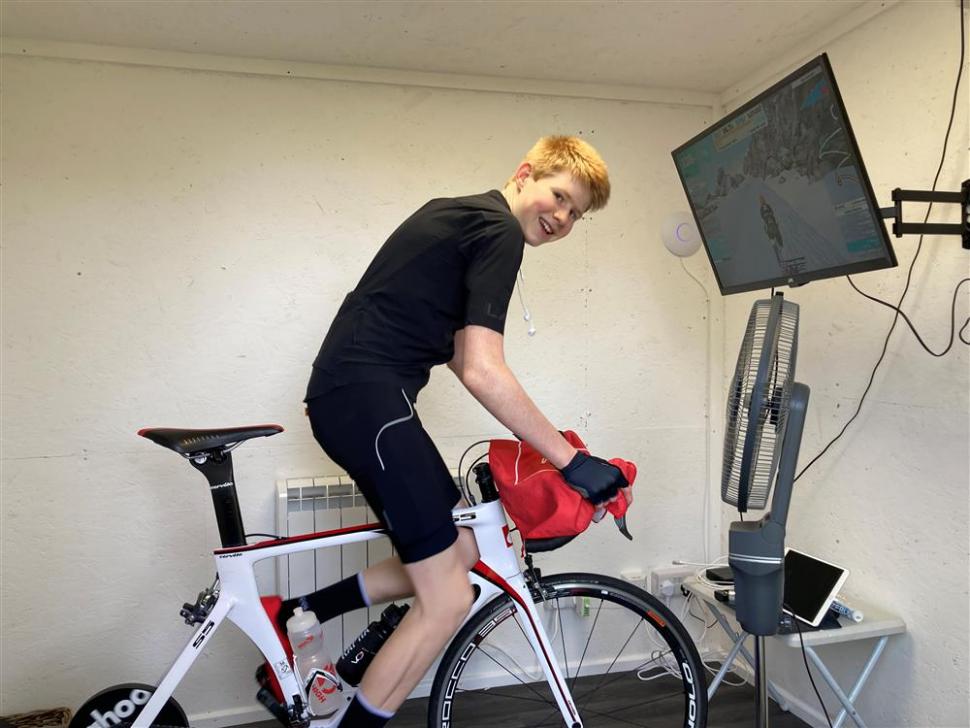 A ​13-year-old cyclist from Bristol has raised more than £9,000 for a local hospice by completing a virtual Everesting on Zwift – receiving messages of support beforehand from round the world Guinness World Record holder Mark Beaumont and Tour de France winner Geraint Thomas.

Theo Hester had been hoping to raise £8,848 – a pound per metre climbed to equal the height of the world’s tallest mountain – for St Peter’s Hospice, where his mother volunteers through his effort which he undertook on Saturday at home in Stoke Bishop.

His mother Fiona Hester had contacted round the world Guinness World Record holder Beaumont and Tour de France winner Thomas, whom she described as her son’s “absolute heroes” to tell him of the planned virtual Everesting and told BBC News Bristol that she was surprised when both sent back video messages.

In his message, Beaumont said: "I heard about your amazing virtual Everesting challenge happening pretty soon and I wanted to wish you the best.

“Doing an Everesting is hard, hard, hard, let alone doing it virtually. The mental side of that will be as tough as the physical side.

Thomas said: “Massive challenge but great to see you doing something for a very worthy cause. Just wanted to say massive respect and good luck mate.”

Speaking ahead of the virtual Everesting attempt, Mrs Hester said: “I told Theo that the hospital had been struggling and that it had lost a lot of money last year during the pandemic, so he really wanted to take on this challenge and do what he could.

“Theo aspires to be a professional cyclist. He is super motivated and determined to do this, I think I'm carrying more anxiety about it than he is.”

He said: “We sadly had to close five of our beds last year. All the fundraising events just went away.

“Theo is doing brilliantly, and it's not just the money, this kind of thing inspires other people to do other things.

“We've since had other people offer to do walks etc. so it has generated more interest,” he added.

You can find Theo’s fundraising page on JustGiving here.