It's June?! Already?! Where did that go? Dan Alexander is on duty for your pre-Jubilee weekend blog (promise there'll be no street parties, bunting or royal waving here)... 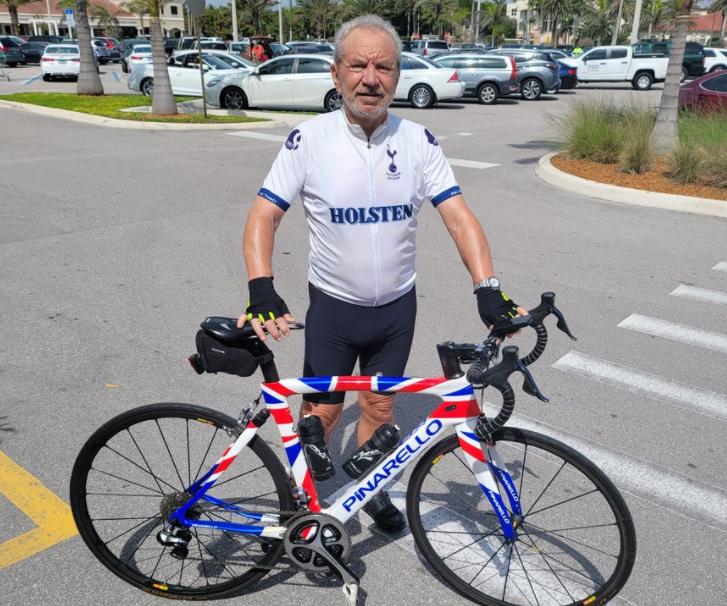 What do you hate about cycling? Our cycling pet peeves + bikepacking chat on episode 26 of the road.cc Podcast 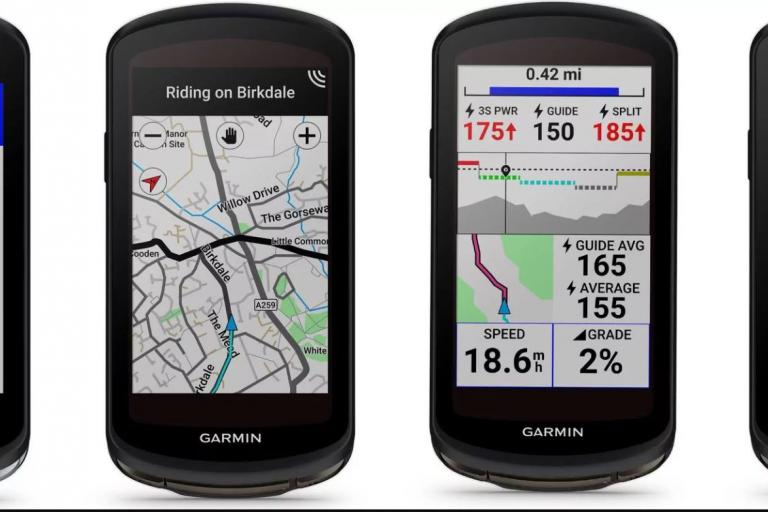 Could a new Garmin Edge 1040 bike computer be on its way? What we want to see from new flagship GPS

The rumours are circulating, so check out what we’d like to see and expect to see from Garmin’s (rumoured) new flagship device
33
01 June 2022, 15:09
Women's Tour will be broadcast live for the first time

The rumours are true: the Women's Tour will be broadcast live for the first time in 2022!

Good news for those post-Giro blues...next week, the Women's Tour will be broadcast live for the first time. The UCI Women's WorldTour race gets underway in Colchester on Monday, and the organisers have confirmed all six stages will be broadcast live on Eurosport Player and GCN+, with a highlights show each evening on ITV4.

SweetSpot says the broadcast has been made possible by self-catering accomodation provider cottages.com, event stakeholders, Eurosport and GCN.

Hugh Roberts, Women's Tour executive chairman said: "Delivering a live TV broadcast for the Women’s Tour has been our biggest target ever since the event’s inaugural edition back in 2014. We hope that it proves transformative for women’s sport in the UK, as well as being something that further enhances the worldwide reputation of our race.

“We thank all of those partners and stakeholders who have come forward to support us with this, and hope that it inspires more major brands to showcase their support of women’s sport by joining up with our event for 2023 and beyond as we continue to look for a headline sponsor."

The race will conclude in Oxfordshire on Saturday 11 June with a stage between Chipping Norton, in the Cotswolds, and Oxford. 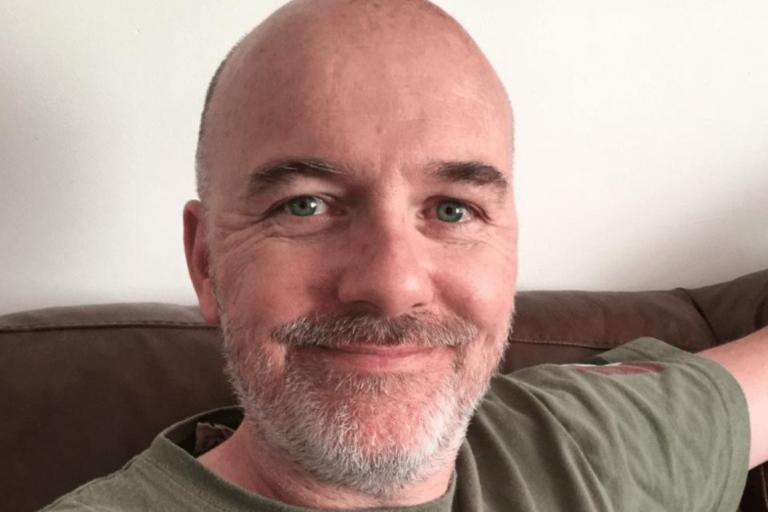 Hefty sentences handed down to Paige Robinson and David Ferry who had blamed each other for causing Graham Pattison’s death
15
01 June 2022, 13:45
Sheffield LTN vandalism 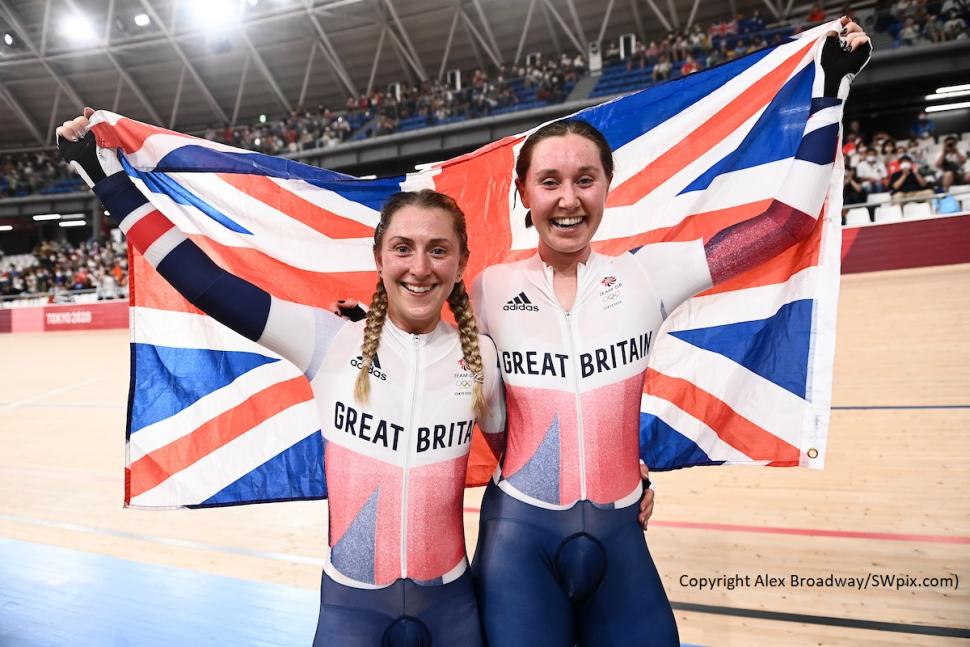 A 300-strong peloton will ride vintage bikes, from across the Queen's seven-decade reign, down The Mall as part of the Jubilee pageant on Sunday. Sir Chris Hoy, Dame Laura Kenny and Sir Jason Kenny will lead the group, headed by six 'hero cyclists' riding towards Buckingham Palace before compelting a 360-degree circuit of the Queen Victoria Memorial. 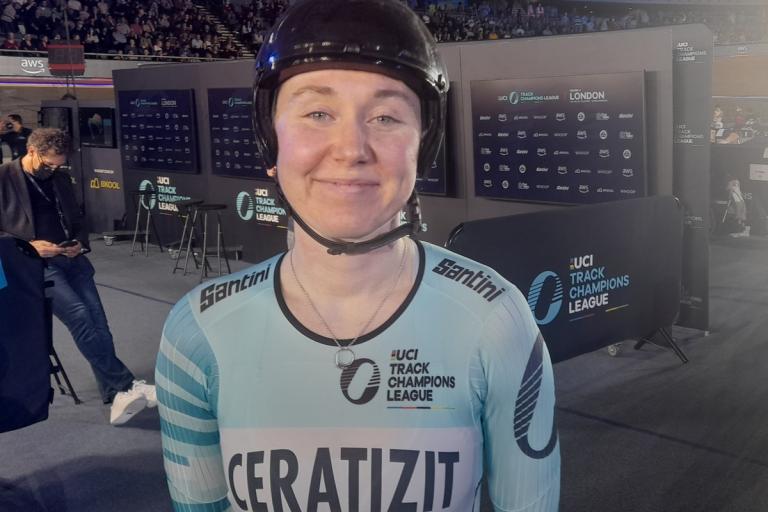 No bones broken for Scottish rider who is returning from injury ahead of Commonwealth Games later this year
27
01 June 2022, 13:06
Another I'm a cyclist special

All this morning's "I'm a cyclist, but" chat got me thinking about this zinger I decided against including in our live blog coverage of Countryfile's cycle safety segment...

#countryfile I ride a bike and drive a car and rarely have problems with other road users whilst riding my bike. Perhaps it's because I keep my sensible head on and don't act like an entitled prat

Fair play to David, he's got one of the best Twitter bios I've ever read: "National Trust member at the moment, but for how much longer?" The suspense...how cryptic?! Maybe I'll shoot the National Trust an email for a comment... 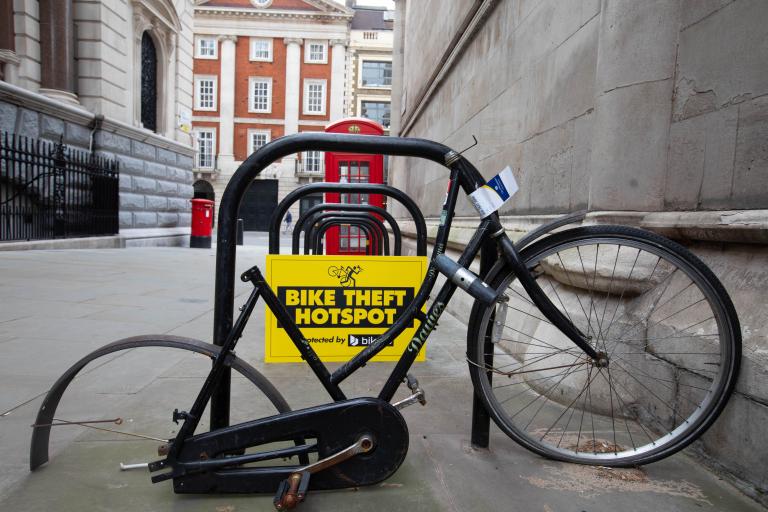 Insurer Bikmo says reasons include fewer people commuting by bike due to pandemic
5
01 June 2022, 11:48
"I’m not saying road riding is boring but when I get to change, it keeps me on my toes": Tom Pidcock enjoying multi-discipline competition 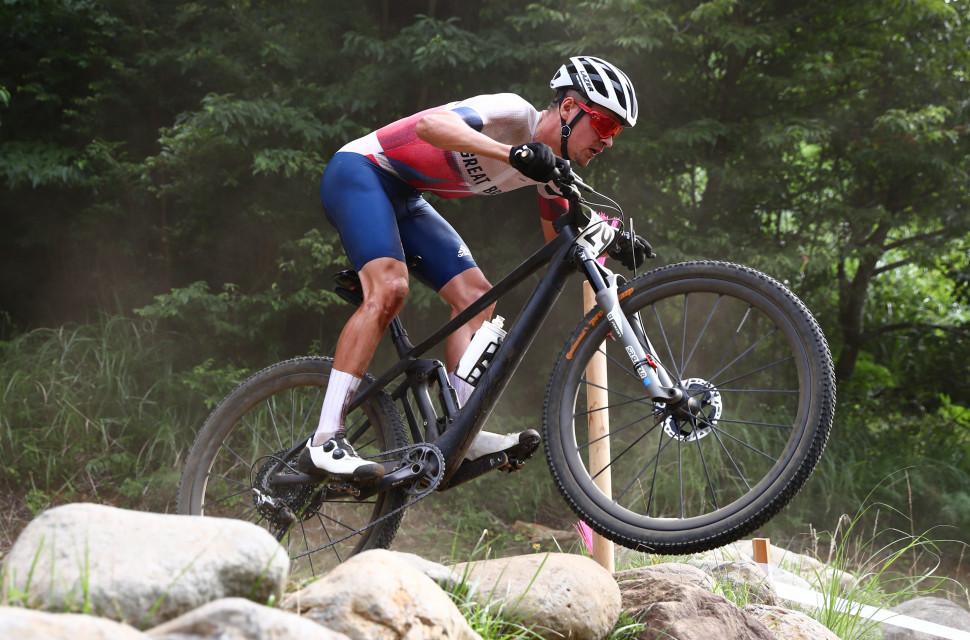 And it seems the 22-year-old enjoyed his time away, based on this interview with PA: "It’s been a nice couple of weeks’ racing," Pidcock said. "The mountain bike world is a pleasant place to be. Everyone is chilled out, friendly. It’s nice to be back and also to be winning.

"The Classics season is quite full on. It’s nice to get away into my own little world and do my own thing. I enjoy it, and I’m pretty good at it. Mentally it’s nice and refreshing.

"It stops the monotony of just road riding, it changes things up. I’m not saying road riding is boring but when I get to change, it keeps me on my toes. When I’m on my toes I respond the best. For example before the Olympics, when I broke my collarbone I was not in a good place to try to win, but I was so switched on because I knew I had limited time. Everything was 100 per cent."

Pidcock did hint at Grand Tour GC as his future, but insisted he's "not in a rush to do that."

"Grand Tours, I’d say they’re the pinnacle of the sport. Once you start focusing on them, that’s quite a one-way road."

"I have ridden thousands of miles and competed in several amateur races." https://t.co/vuurSedzDZ pic.twitter.com/MycpD0xXVD 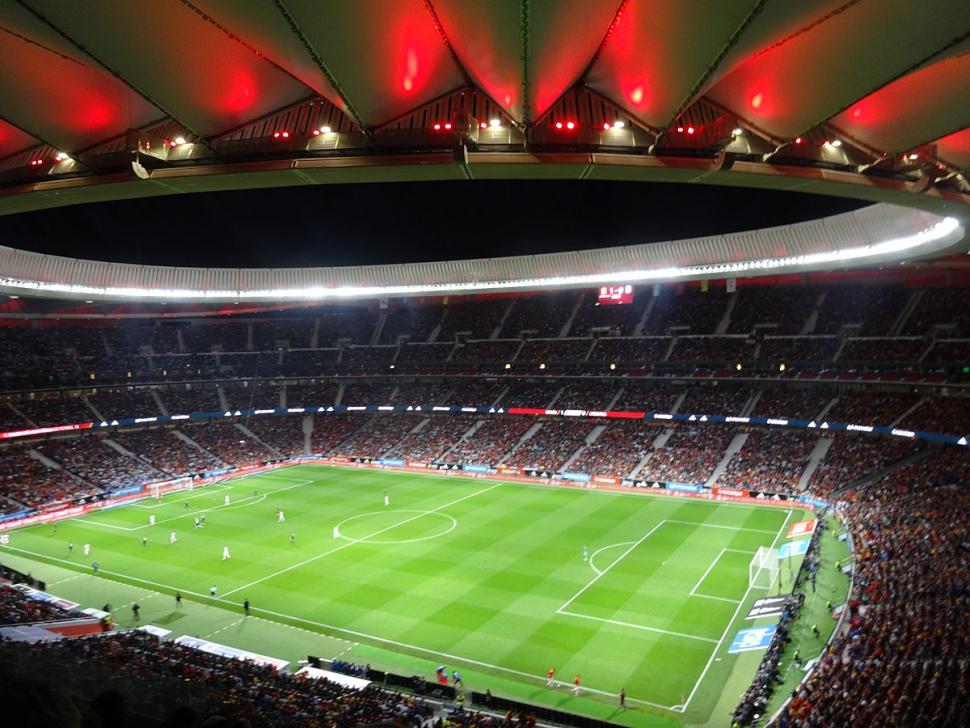 Spanish newspaper Marca is reporting the organiser of the Vuelta a España is hoping to bring the race through Atlético Madrid's Wanda Metropolitano during the final stage on Sunday September 11. The processional stage ends in the Spanish capital and the race's organisers think bringing the riders through the ground at half time of a La Liga match in front of nearly 70,000 fans would be a showpiece finale to the Grand Tour.

It remains to be seen if it can be pulled off this year, but the organisation remains keen to schedule a La Liga pitch invasion in the future, even if it can't be organised in time for the 2022 edition. A 15-minute window to arrive in a football stadium mid-stage? What could possibly go wrong?

I’m a cyclist, but I give way to cars. Maybe you should too… I explain why in @spectator: https://t.co/ptVk7FoopY

Yesterday, that foreboding phrase popped up in The Spectator in an opinion piece written by Jake Wallis Simons, titled: 'The cycling habit most hated by drivers'...

In the following 1,000 words we're told: "While everyone loves a knight, everyone hates a cyclist." And despite admitting to being a "member of the brotherhood of Lycra" who has "ridden thousands of miles and competed in several amateur races", Simons goes on to say he believes the new Highway Code changes have made the roads more dangerous. So, what other nuggets can we find?

"Before taking up the hobby myself, I hated the middle-aged man in Lycra as much as the next man. So unlike some of my fellows, perhaps, I feel I can relate to drivers. Think about it from their point of view. Suddenly, we live in a world in which cyclists are entitled to hog the highway, even two abreast, while ignoring the very cycle lanes that were created – at great public expense – for their own benefit. What could be more infuriating? It’s as if the government was intentionally designing a policy to stoke the fires of hate." Right...

Simons cites a 2002 Department for Transport study which found that being unable to overtake a cyclist was a "key source of rage" for motorists, before he concludes that is why he does "not follow the new Highway Code" when he rides and "rather than riding in the middle of the tarmac, I trace my line along the margins."

Interestingly, having earlier said, "cyclists are entitled to hog the highway, even two abreast", Simons now adds: "although my cycling partner and I form up two abreast when there are no cars about, we fall into single file immediately on sight of one. To do otherwise would feel deliberately obnoxious."

Perhaps he does ride to the Highway Code after all? Because rather than demanding cyclists must become monstrous two abreast road hoggers, as some national newspapers would have you believe, the Code actually states:

Maybe Simons is a fan of the Highway Code after all?

Anyway, the reaction has been...well, as you'd expect really...

It’s also worth noting that academics *have* looked into the causes of some drivers’ ire towards cyclists and their resultant actions, and that it doesn’t seem to be connected to how anyone rides. It’s much more fundamental and complicated.

I’m not saying don’t be courteous (though spending all ride hogging the verge is perhaps less courteous than self-harming). But if you do, you’ll still get nasty incidents. I once had a driver steer deliberately at me when I had my then-infant son on the back of the bike.

I'm sorry, Jake, but that's an appalling article. It perpetuates all of the worst myths & misunderstandings about the recent HC changes. If you carefully read the new guidance, & the research behind it, you will see that your approach is actually more dangerous.

But I guess we're used to this by now...

01 June 2022, 08:47
E-scooter operator "highlights the absurdity of single drivers hogging the capital’s roads, when other forms of transport are openly available" by giving cyclists car-sized cages

I think the penny might have just dropped. pic.twitter.com/B7j2j9InGZ

This (above) is our favourite thing to come out of Micromobility firm Dott's project in Hammersmith, west London, this week.

Speaking about the eye-catching project, Dott co-founder and chief executive Henri Moissinac said it "highlights the absurdity of single drivers hogging the capital’s roads, when other forms of transport are openly available and so much better for both the individual and the community.

"It's time we reimagined how we travel across our cities, which is why we're here to unlock London with clean rides for everyone"

A bike-lane moved 2.5X as many people as a regular traffic lane in a @TFL study, & given that they are half the width, the study concluded that bike-lanes are 5X as efficient as vehicle traffic lanes. HT @urbanthoughts11. Mobility in cities is about space. pic.twitter.com/RExumvz8sw

We have a caption contest winner...