It's a new week and Dan Alexander will be kicking things off with Monday's first live blog of the week... 13 December 2021, 19:01
"And just like that...he's alive"... Peloton improves on initial po-faced response to Sex & The City character's death by bringing him back to life

The spin bike corporation Peloton saw quite a significant slump in its value towards the end of last week, after recurring Sex & The City character Mr Big is shown to have died while using a Peloton bike in the first episode of the show's reboot series 'And Just Like That'.

As we'd have expected from a company that appears to sue people left, right and centre and was responsible for 'that' strangely threatening tone-deaf Christmas advert (it's been removed would you believe) the initial response didn't really read the room, with Peloton claiming that other unhealthy lifestyle choices were in fact to blame for Mr Big's death, adding: "Riding his Peloton Bike may have even helped delay his cardiac event.”

if we can put that spot together in 48 hours, you can do your workout today

So in a mere 48 hours according to the tweet above, Peloton changed tactics and produced this response vid, in which Mr Big is brought back to life. The woman in the ad is Jess King, a genuine Peloton instructor, and Ryan Reynolds provides the voiceover announcing Mr Big's resurrection, plus reminding us how regular cardio is definitely good for you. 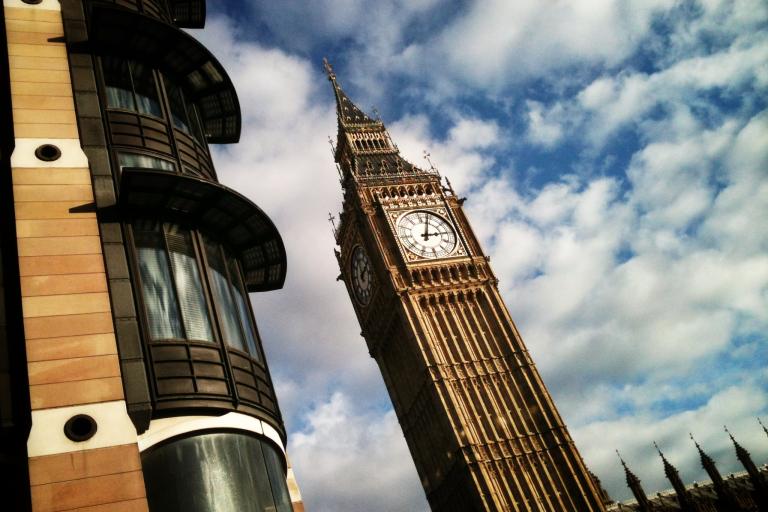 I mean if you're asking me for my greatest gift, I think I'd rather have a £12,000 Specialized Aethos than 'inspiration'...but I guess that's not really in the spirit of the ad...

Featuring a guest appearance from Olympic gold medallist Charlotte Worthington, British Cycling's Christmas ad attempts to demonstrate the power of inspiring the next generation, and, in our book, is a much more entertaining than anything John Lewis has ever done...

Elon Musk chosen as TIME's Person of the Year and Mark Cavendish not even nominated as BBC Sports Personality of the Year makes today feel like I'm living in the Upside Down. I realize these are nothing more than editorial decisions, but both are staggeringly hard to comprehend.

Finding reaction to Cav's SPOTY omission hasn't been too hard. Finding anyone not staggered by the call has been the real challenge...I'll keep looking...

Good luck to the nominees of @BBCSPOTY & congratulations for all your inspiring successes this year. Great year for British sport! https://t.co/ZN5Zzsb4cu

Great turnout for Light Up The Night. What do we want? Infrastructureeee. When do we want it? Nowwww. Thanks @SpokesPorty and Co for great event. pic.twitter.com/3WsgTgQcua

More than 100 cyclists took part in a protest on the streets of Edinburgh on Friday evening. The Light Up The Night ride was set up as part of the campaign to get more lighting on the city's paths as well as safer cycling infrastructure on main roads.

Organiser Kirsty Lewin of Spokes Porty told the Daily Record the event was created to highlight women's safety when cycling alone at night during winter.

"We welcome the council’s ambitious plans for improving cycling conditions in the city, and the forthcoming work on safety for women in public spaces," Lewin said.

"The council must prioritise projects that enable women and girls to feel safe and comfortable, and to travel with confidence."

Professional cyclist, Nicolas Roche has represented Ireland on a world stage… but he’s giving up cycling for some sparkle!

If you're not really into that F1 thing then maybe we can help explain yesterday's title decider drama in terms you'll understand. If F1 was the Tour de France...

Pogacar was 3 mins ahead of Roglic with only 1km to go when Prudhomme decided to bring everyone back together after a crash in the grupetto, but let Roglic have a handful of caffeine gels and Tadej had none. Sort of that... ish. 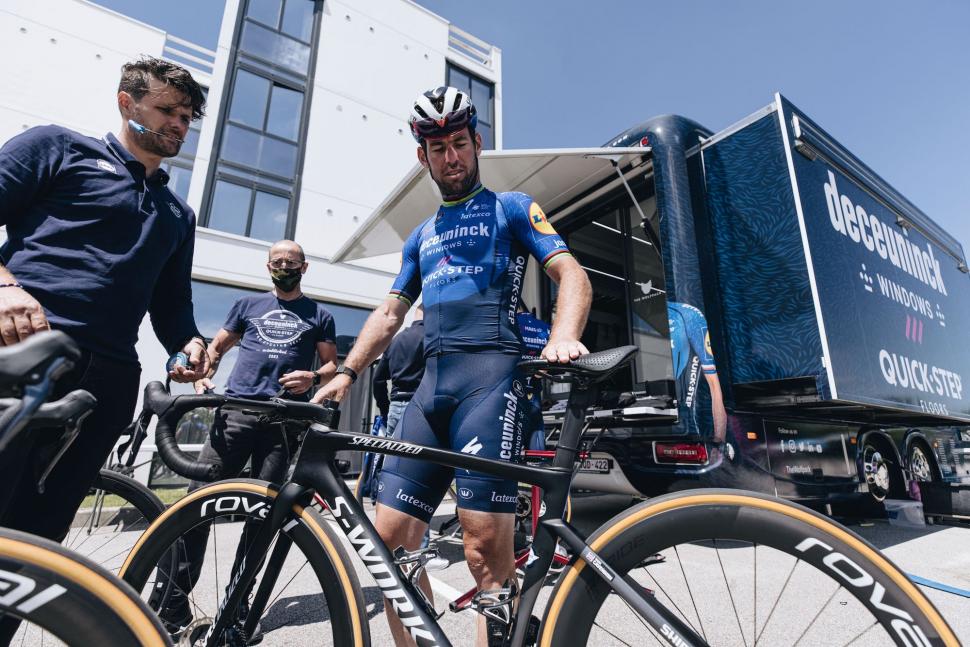 Mark Cavendish was a surprising omission from the BBC Sports Personality of the Year shortlist announced this morning. Record-breaking Paralympic cyclist Dame Sarah Storey made the cut and will be up against Tyson Fury, Raheem Sterling, Adam Peaty, Tom Daley and hot favourite Emma Raducanu for the award.

Fair enough, it's a tough gig narrowing the entire British stable of athletes down to six, and there's always going to be outrage, but no Cav has certainly got people talking...

On Twitter, Andrew Bain replied to the BBC's announcement: "Unbelievable decision not to include Mark Cavendish, the man responsible for the greatest sporting comeback of all time. Greater then Ali and Tiger combined. How can this be justified? It’s an absolute disgrace."

Another appalled fan said she wouldn't be voting for the first time in 50 years because of Cav (and Lewis Hamilton's) omission.

Brendan Gallagher said: "Where's Mark Cavendish? Biggest cycling story/achievement of the year x10 and then some, and where is Tom Daley's diving partner. He didn't win the gold medal on his own who chooses these shortlists?"

Stunned that Mark Cavendish isn't on the shortlist. Pulled off the greatest comeback since Lazarus in this year's Tour de France. A remarkable sporting story for the ages.

So, Mark Cavendish fights back from illness to win again on the greatest stage and yet doesn't make the list 🙈

Oh well, at least now you don't have to choose between Cav and Dame Sarah Storey... A classic of the genre for Monday lunchtime...

Why don’t cyclists use the cycle paths? pic.twitter.com/yiFiGj69eF 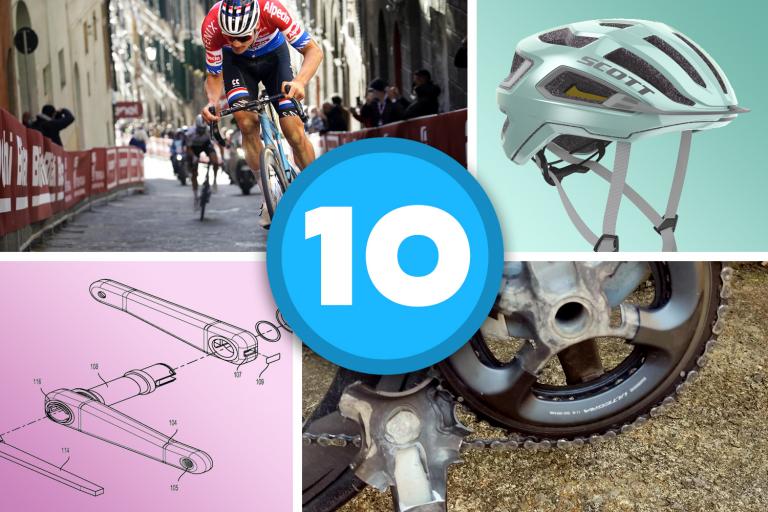 Check out the most-read road.cc stories of the past 12 months, including the biggest product launches and quite a few unexpected entries…
5
13 December 2021, 12:15
Ever wondered how a bike manufacturer makes carbon frames?

TIME Bicycles has released a film which reveals how its carbon bikes are made; from the initial weaving of individual carbon fibre strands into complex bi-directional ‘socks’ using its unique Braided Carbon Structures (BCS) technique as well as Resin Transfer Moulding (RTM), which is the fixing of the fibre into a light and strong frame.

"This [BCS] process allows something that is unheard of in the cycling world; continuous, unbroken fibres that run the full length of a structure," says TIME.

"Contrast this with standard prepreg layup where the edge of every carbon sheet is a potential weakness."

The video then follows the process as the dry carbon socks are pulled over re-usable wax frame moulds and then placed into TIME’s Resin Transfer Moulding (RTM) machines.

"The RTM process is the best way to minimise defects in the composite structure," TIME says. "Resin is injected under high pressure between rigid external and internal moulds, air pockets are pushed out and voids between layers are eliminated."

After the frame moulding process, the internal wax forms are melted from inside the frame and recycled. TIME says it aims to be as sustainable as possible, noting that the wax used to make a handlebar one day may be utilised again later in the week to create a frame.

The process continues as the frame and composite parts are glued together to form the overall final frame shape. To ensure a perfect finish prior painting the frames are lightly sanded, then the decals are applied and finishing touches are made.

Normally it's the mud causing carnage, this weekend in Val di Sole for the World Cup round it was the snow. Obviously Wout van Aert did what Wout van Aert usually does — make riding a bike look very easy...

Tom Pidcock improved on last week to make the podium and afterwards said he could see cyclo-cross at the Winter Olympics..."I think [the race] works pretty well. The snow is completely different to what we’re all used to racing in. For sure it’s a good start towards trying to get cross in the Olympics.

> Zoe Backstedt joins – and beats – the elite at Essen cyclo-cross

"It was freezing, the ruts were freezing and it was really tricky and technical. It was just about trying to stay as concentrated as possible."

Closer to home there were some more familiar cross scenes...

The joys of cyclocross. @NWCCA Round 6 Broughton Hall pic.twitter.com/8lFFJR3j5U

Only a witness in this case

Now we've found the #TreeByBike hashtag you can have all the Christmas tree bike content we can find... 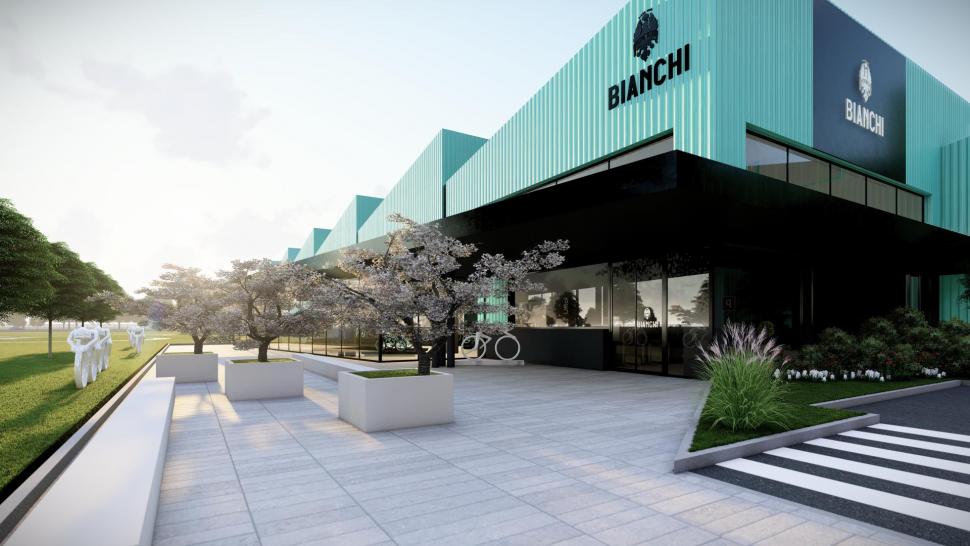 Where are the cyclists? pic.twitter.com/uNxqr5SvrQ

We knew it wouldn't be too long before talkRADIO Cristo criticised cycle lanes again. This time taking a few seconds out of his Saturday evening to film a short stretch of empty lane accompanied by the claim of a private hire driver that he had not seen a cyclist for four hours.

None in four *hours*? Wow! That’s incredible. By chance I just passed the same spot and in four *minutes* I saw three cyclists and two scooterists. Perhaps it’s only used at midnight? pic.twitter.com/CHBF3KiDH1

> TalkRadio slammed for holding poll asking 'Are cyclists a danger on the road?'

Maybe the Surrey traffic cops will be back to educate Cristo again? Last month, after the radio ranter set his sights on CyclingMikey, the Surrey Roads Policing Unit Twitter account hit back, arguing "Mikey is providing a really effective element of road safety".

On the same day, Cristo also went after TfL and Santander Cycles for only achieving one million monthly journeys. Anyway, the day went on and Cristo ended up asking for the Surrey Police complaints form...which was duly used by many happy road users thanking the force for their road safety lessons.