Welcome to the road.cc Christmas Eve live blog, with Jack Sexty blogging you through until about mid-way through the afternoon when he'll be too drunk to continue typing. Merry Christmas!... 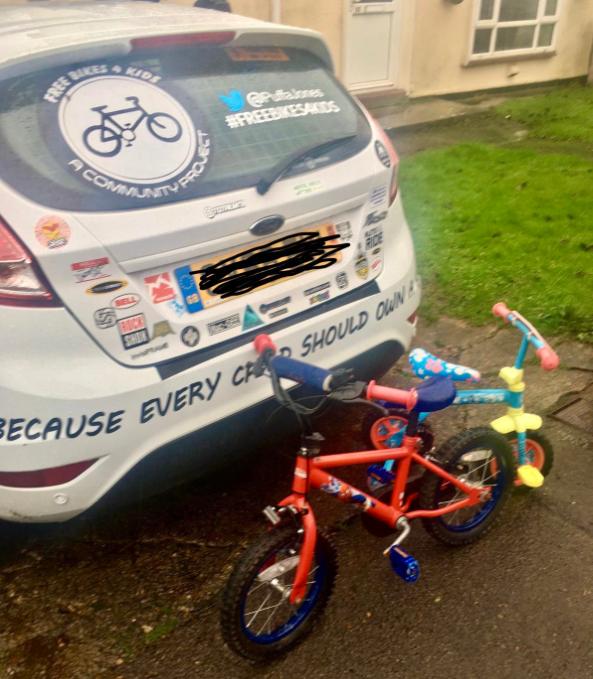 24 December 2020, 16:17
More festive cheer: upCYCLE deliver four bikes to children to give out on Christmas day 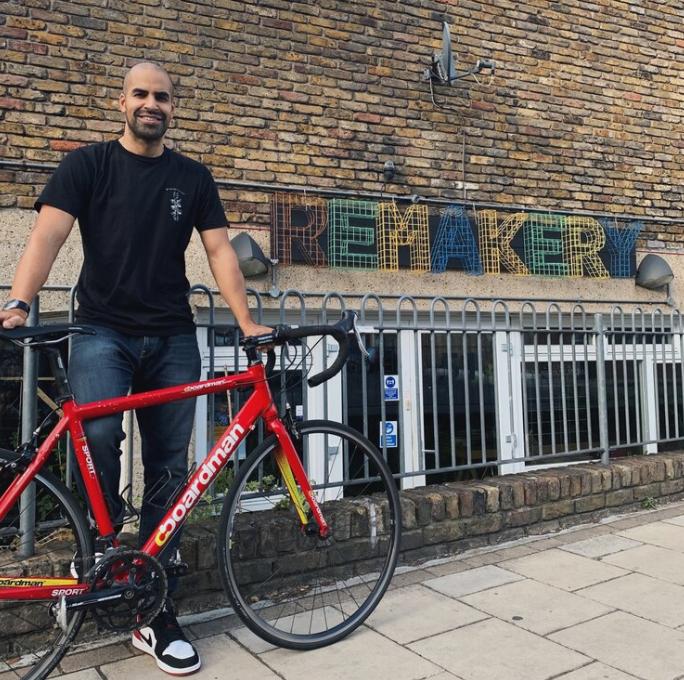 upCYCLE was founded by Philip Dobson in June of this year, with a mission to help young people from ethnically diverse backgrounds discover cycling to lessen their use of public transport during the pandemic. As part of this they refurbish donated bikes, and told Brixton Buzz that their most recent good deed was dropping off four kids bikes to Brixton Library to distribute to children who otherwise were unlikely to receive Christmas presents.

If you have a bike to donate you can get in touch with upCYCLE via their website - or you can make a donation to their GoFundMe fundraiser here. Meanwhile, our hero from earlier this afternoon Puffa Jones has signed off for Christmas...

Merry Christmas everyone.....and thank you all for your support this year.#freebikes4kids #cycling #community #recycle #giving pic.twitter.com/chpKFbbqAv

...and on that note, so will I as the mulled wine is calling. Merry Christmas!

24 December 2020, 16:26
Park Tool plug their legendary pizza cutter, for the dwindling number of cyclists who don't already own one

What’s better than pizza after a good day of wrenching or riding? The Park Tool PZT-2... it’s a bicycle and a pizza cutter! An excellent gift for your favorite hard-to-buy-for cyclist.🍕 Grab one today at your local Park Tool dealer or online. https://t.co/0ZqCgpMyT0 pic.twitter.com/p5hkp7jWKa

As noted in our 'Don't buy me this' Christmas gift guide, there's a chance you've already got a few in the draw from previous Christmasses... but in any case, this is a taseful advert and there's no denying it's an above-average pizza cutter. On the subject, what are they cutting here? Looks like an extra large fruit shortcake biscuit to me, which isn't a bad thing.

At the time of writing, the voting split looks pretty similar to another big vote that happened four years ago and is all over the news today... but anyway, there are two hours left to vote between the Tyne Tunnels and Lea Bridge Road in Waltham Forest.

Update: Lea Bridge Road narrowly took the win with 51% of the vote.

Tales of a 10-speed racer: how getting a Raleigh for Christmas changed my life

Swapping a Raleigh Chopper for a road racer sent me on quite a journey
5
stevethomaspix
5
24 December 2020, 16:03
Alex Howes is ready for Christmas

Ready for a holiday. pic.twitter.com/WykRtRISPj

The EF Pro Cycling rider appears to be done with this sh*t, and looking forward to a day of not cycling in minus temperatures. 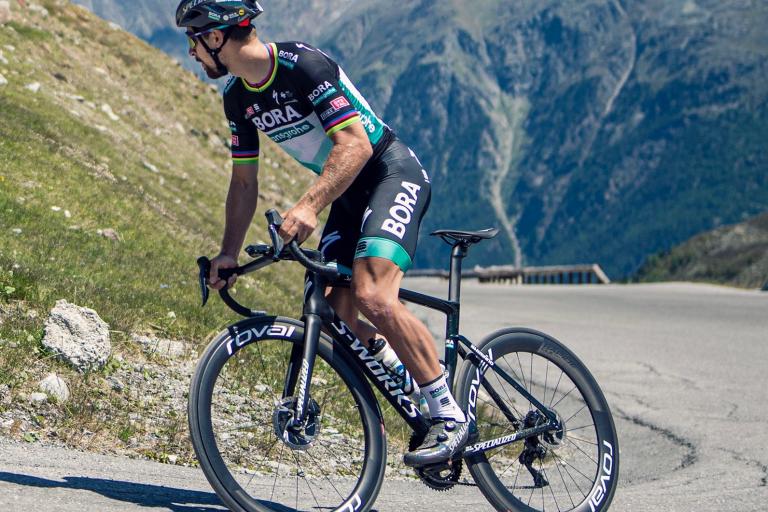 Check out the most-read road.cc stories of the past 12 months, including the biggest bike launches and some unexpected entries
0
24 December 2020, 11:30
Good Samaritan offering free bikes and scooters to those who lost Christmas presents in South Wales floods

If you are in Newport and have lost Christmas presents in todays flooding....let me know.
I do have some smaller bikes,scooters and balance bikes ready to go if needed.

All bikes are FREE to a family in need and I am happy to help.#freebikes4kids #cycling #community #recycle pic.twitter.com/Grcw3VvbhX

Torrential rain cruelly brought flooding to areas of South Wales yesterday, and the big-hearted Newport bike mechanic who goes by the name of Puffa Jones - who has spent 2020 fixing up and gifting bikes to children, NHS workers and others in need - has stepped in to offer refurbished bikes to those who have lost Christmas presents in the floods.

He says: "If you are in Newport and have lost Christmas presents in today's flooding... let me know. I do have some smaller bikes, scooters and balance bikes ready to go if needed.

"All bikes are FREE to a family in need and I am happy to help."

Puffa (whose real name is Mike) says that his van of goodies is "almost empty" with "just a few more bikes being collected from Shedquarters in the next hour", bringing some festive joy to those who have cruelly suffered once more after an already bleak 2020. He was also on hand to help when South Wales was hit by floods back in February, and is always looking for unwanted bikes to fix up so they can be donated to those who need them. If you have any unloved bikes to donate, you can contact Mike via the Twitter profile linked above.

24 December 2020, 11:14
Jail for man who nearly killed a cyclist while riding a stolen motorbike

A man who hit and almost killed a cyclist while driving a stolen motorbike on the wrong side of the road has been jailed for two years and 11 months, reports the Manchester Evening News.

20-year-old Konnor Harvey, who was disqualified from driving and uninsured at the time of the incident on August bank holiday of this year, was travelling 'at speed' on the stolen Suzuki GSXR motorbike in Lees, Oldham, and overtook a number of cars on the wrong side of the road. He smashed into a 54-year-old male cyclist, who went over his handlebars and landed on the pavement. The victim suffered life-threatening injuries and spent nine weeks recovering in hospital, while Harvey, who skidded along the road after the impact and hit a road sign, was arrested when he was discharged from hospital.

Detective Sergeant Diana Dyer-Barron, of Greater Manchester Police's Serious Collision Investigation Unit, said: “This was a shocking incident which demonstrated the complete disregard Harvey had for law-abiding road users who have a legal right to be on our roads; he doesn’t and I’m satisfied that today’s verdict will keep it that way for a while to come.

"Konnor Harvey is extremely fortunate that he wasn’t here today facing a jail term for causing an innocent man’s death, as this collision was so serious that the victim who suffered due to Harvey’s reckless actions was almost killed.

“I would like to pay my best wishes and respects to the victim of this incident as he continues his recovery from injuries suffered on that horrendous day. Hopefully today's conclusion is a further step towards some closure for him.”

On Twitter, people are voting for the best bit of cycling infra in the UK - and the final two are Lea Bridge Road in Waltham Forest, vs the Tyne Tunnels between Howdon and Jarrow in the North East. As detailed by Simon Monk of the London Cycling Campaign, Lea Bridge Road has seen a total transformation in recent years, while the Tyne Tunnels was Britain's first ever purpose-built cycling tunnel. Which one do you think deserves the title, or would you have picked an alternative from the original shortlist?

WORLD CUP OF GREAT UK CYCLING INFRASTRUCTURE
The 24 groups for Round 1 are now set. No further correspondence will be entered into. The first votes start on Wednesday. Be prepared to defend you nomination. #CyclingInfraWorldCup PDF available here https://t.co/Ix7by07hmH pic.twitter.com/6OstFtvxON

These cycle lanes were and are a complete waste of money. They have not, for the most part, increased the take up of cycling and as far as I am aware have encouraged not a single driver out of their car https://t.co/T4QXOqn8dV

Quoting an article in the Daily Echo about the cost of a temporary cycle lane, the Conservative MP for Southampton Itchen claims the lane hasn't encouraged any drivers out of their cars 'as far as he is aware'. It's fair to say not everyone agrees with him...

I wouldn’t be too proud to be completely unaware about what’s going on in your own constituency. Sounds like you need to get out on a bike a bit more and meet the people you represent..

Some excellent well researched peer-reviewed forensic data right there.
How much are the good people of your constituenc paying you for this inspiring representation?

Encouraged me to use the bike more. And the group of friends I know who now are regular cyclists.

Smith has a somewhat contradictory history when it comes to his musings on cycling and cycle lanes, saying back in 2017 that although money set aside for cycling should be diverted elsewhere, he believes that cyclists should be forced to ride in dedicated cycle lanes. After trying out an e-bike in September, Smith said: "Improvements in battery technology means that e-bikes and e-scooters should be promoted as a practical means of travel as I have advocated in Parliament. Dedicated cycle lanes, such as Bursledon Road are a far more sensible approach than halving road capacity overnight with no consultation to install bus and cycle lanes which choke the city with congestion!"

It doesn't seem like Smith has changed his tune, or worked out how to fund the cycle lanes he advocates for without spending any cash yet...

A strange festive sight to behold. Driving home for Christmas? Not so fast.