It's Tuesday and Dan Alexander is in the saddle for another day on the live blog... 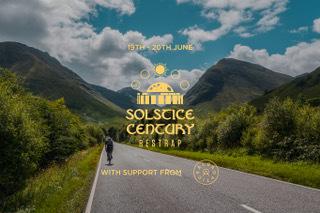 It's that time of the year here in the UK, when the nights are gloriously long and evening riding doesn't feel like the chore it can be during the dark winter months. Restrap has a challenge to celebrate too...over the Summer Solstice weekend of the 19th and 20th of June they are challenging riders to make the most of the longest day by completing a century. They don't care where you go, it can be indoors on the turbo or out on the road, just as long as it is 100 miles...

All riders who complete the challenge will get a Summer Solstice Century Patch and any social media photos using the #solsticecentury will be in with a chance of winning a pair of DELTA sunglasses. 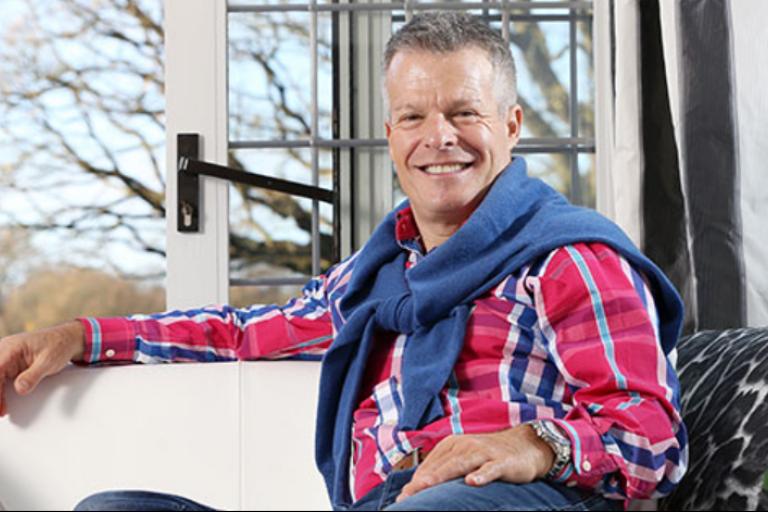 Government has consistently said that registration of bike riders would be counter-productive and that costs would outweigh benefits
43
08 June 2021, 15:20
Mathieu van der Poel wins...again

Another day, another win for Mathieu van der Poel...this time from a reduced bunch sprint. Julian Alaphilippe, Christophe Laporte, Michael Matthews and the rest could not get near the Dutch champion. Oh, and he went for a classic Van der Poel attack 25km from the finish before settling for his chances in the sprint...untouchable.

"Hello, my name is Kiel Reijnen and I made some bad choices today"...You can say that again, Kiel...The Trek-Segafredo rider was competing at Unbound Gravel in Kansas when his wheel broke after the rim struck a rock. Not ideal. So instead he ended up running 18 miles barefoot...

"I broke my wheel, kilometre 46, so not very far into the race," Reijnen explained. "I was in the front group, although the front group was still pretty large at that point. I tried to repair the rim as best I could, I made a splint for it and wrapped that up. That lasted for about a kilometre and a half but turns out that was pretty trash so then I started running. Barefoot.

"I started running in the hope that maybe along the way I would run into someone who'd had a different mechanical issue and I could borrow their wheel until the feed zone and change wheels there. It definitely wasn't an option to have the team van come back and swap wheels with me, that's against the rules."

He only quit the race when he realised he did not have enough water to finish even if he did find mechanical help...

Nothing like my favourite junction welcoming me back and giving me priority over motorists 👌 https://t.co/YFvauebDbE pic.twitter.com/0cTZQQxNwV

Who doesn't love a bit of Mont Ventoux? The mythical climb hosted the third edition of its one-day race today with Movistar's Miguel Ángel López dominating the field to win by 2:26 from second-placed rider Óscar Rodríguez of Astana. López earns himself a slice of history too as the first Colombian to win at the summit of Mont Ventoux. Good signs for the Tour de France...

The Tour will climb the Giant of Provence twice in one stage for the first time on stage 11 of this year's race. That is Wednesday the 7th of July for anyone needing an excuse to book the day off...

Mont Ventoux landscape 🌛 ...and soon the summit for the first time, the top has just been refurbished to improve the experience for people on foot or by bike, to make it feel less like a high altitude car park #MVDC pic.twitter.com/rilvnz5Qm0

@StolenRide Managed to get the footage of when the bike was stolen. It happened around 9pm, still in broad daylight and with people around @VirginActiveUK Islington Angel. pic.twitter.com/jRHiVoELas

These bike theft videos featuring shady individuals using angle grinders to cut through bike locks are becoming a concerningly frequent feature on the live blog. These are just the ones we see too... York-based law firm Pryers Solicitors has teamed up with the York Cycling Campaign (YCC) to promote the Safe Passing Saves Lives campaign. The YCC and Pryers Solicitors will be sponsoring two buses on park and ride routes around the city with advertising aiming to make motorists more aware of cyclists.

York Mix reports that in the past five years there have been more than 800 reported road traffic collisions in the city involving cyclists and motorists. The campaign will attempt to educate motorists on the need to allow a distance of at least 1.5m when passing.

"As a keen cyclist, I love the thrill of descending an alpine pass at high speed, or riding difficult trails on a mountain bike, but nothing is quite as frightening or dangerous as a 60mph close pass by a car or lorry," Richard Starkie, a partner at Pryers said.

"Many drivers don’t realise how important that passing space is, or that they can be prosecuted for not leaving enough room.” We might be ‘just cyclists,’ but we’re ordinary people first."

Kate Ravilious, co-chair of York Cycle Campaign added: "Cyclists rely on having sufficient space to avoid potholes and debris on the road, as well as space to allow for doors opening on parked vehicles. Close passes are very intimidating for cyclists and are one of the most frequent causes of collisions. Giving cyclists plenty of room saves lives.”

Romain Bardet has ruled himself out of selection for the French squad for the Tokyo Olympics. Julian Alaphilippe recently said he too would not be competing, preferring to target other goals. Off the back of a gruelling Giro campaign, Bardet is expected to instead focus on the Vuelta a España and has told French coach Thomas Voeckler he would not be going to Tokyo.

"After a three-way discussion with the team, Thomas [Voeckler] and myself, we decided that I will not participate in the Olympic Games this year," Bardet explained to L’Équipe. "We have big goals with DSM that await us at the end of the season, and it was not possible to have peak form in Tokyo with this program."

Coroner calls for safety barrier to be installed at junction near Christchurch
2
08 June 2021, 11:49
Birmingham New Street gets a new cycle storage space

This looks like a nice upgrade...a few people have asked how quickly you can access CCTV footage in the event of a theft or raised concerns about how closely it will be monitored. Jon Warbrick suggested the similarly CCTV-monitored cycle park at Cambridge Station is a hotbed for cycle theft as it is unmonitored...hopefully, we'll see less of that in Brum. 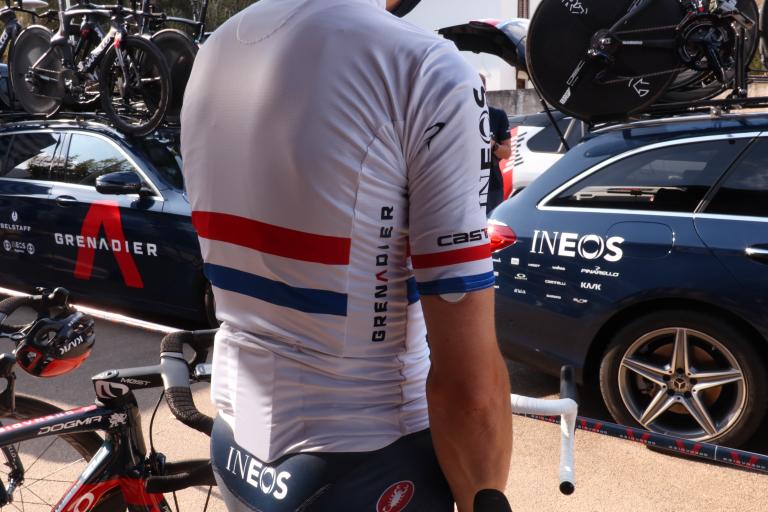 Supersapiens technology banned before it could be used in the Tour de France.
29
08 June 2021, 11:01
Cyclist feared for his life during unprovoked road rage incident caught on CCTV

This CCTV footage from Edinburgh shows a motorist and passenger assaulting a cyclist during an unprovoked road rage incident on Sunday afternoon. SWD Media reports the passenger allegedly flashed a knife and shouted: "I will kill you" during the shocking attack on Rodney Street just before 5.30pm. The driver is alleged to have been waving a chain or knuckleduster while also making threats.

The cyclist told the news outlet that he feared for his life and rode away as the motorist threw a traffic cone before the two men got back in the silver Volkswagen Golf and drove off towards Broughton Road.

"I am extremely scared to cycle on my own again," the cyclist said. "After being assaulted for no reason it made me feel sick to my stomach to meet these horrible people."

Police officers were called and told the cyclist that the vehicle's details had been circulated and it was believed to be registered in North Ayrshire. Enquiries are ongoing. 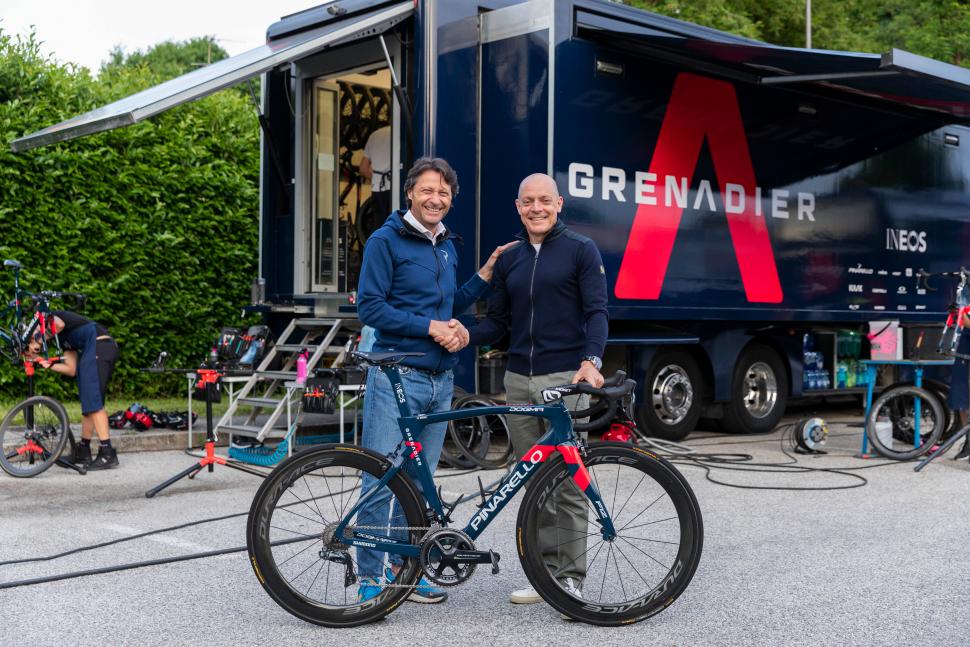 Ineos Grenadiers will be riding Pinarello bikes for the next four years after today extending their 11-year partnership until 2025. The team has been supplied by the Italian manufacturer since 2010, riding 17 different models to almost 400 race wins, including all 12 of their Grand Tour victories. Recent pictures on social media appeared to show Fausto Pinarello riding with the team on their Giro rest day on a possible Dogma F14 and there have also been rumours Richard Carapaz could be riding the new model at Tour de Suisse this week.

Ineos Grenadiers Team Principal Sir Dave Brailsford said: "We have been racing on Pinarello bikes since our inception and it has always been a partnership grounded in a shared love of racing and innovation. Pinarello is a company with a unique place in our sport. They have a deep respect for the heritage of cycling, but they combine it with a desire to remain at the cutting edge of technology and engineering.

"The sport has changed a lot over the years and Fausto and the team have been a big part of our journey for over a decade supporting the team with the very best in bike technology. We have experienced a lot but it still feels as exciting now as when we first started out, and we are proud to continue racing together for many years to come."

If anything, these websites have gone down too easily.

Have a football meme...why not? It's been that kind of morning but hopefully that is enough temperamental interneting for one day and our website is back up for good...

08 June 2021, 07:50
When you forget to check the route...EF Education-Nippo pros wade through a French river after getting stuck on a pre-race ride

When the DS makes a route we follow it.” - @MagnusCort

The guys got some fun (and unexpected) cross-training in today before they take on @MontVentouxDC tomorrow 😂 pic.twitter.com/12Nd9nREuj

Danish sprinter Magnus Cort blamed the sports director for this piece of unexpected cyclo-cross training. Riding their pre-race spin ahead of the one-day race up Mont Ventoux today, the team were seemingly directed to this bridge...only to find it impassable. Turn around and find another way across? Not when Lachlan Morton is leading the group...

When not racing on the road Morton is an adventure racer and competes in gravel races and alternative events such as the self-supported GBDURO from Land's End to John O'Groats. Unsurprisingly, he had already crossed and was happily filming his teammates wading through while trying to keep their precious Cannondale's dry.

To be honest, that river looks like a nice place to cool off from the Provence heat...

Something about seeing a bunch of pros in their matching kits wading across a river carrying their bikes is hilarious to me. They’re just like everyone else! (Only significantly faster)