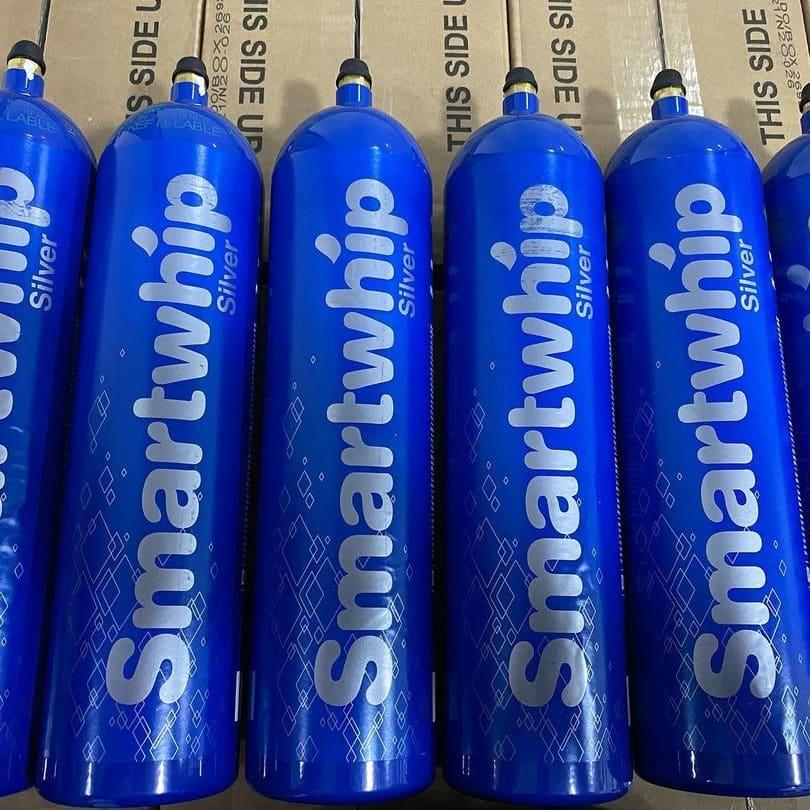 Cyclists in the Black Country have warned of a new danger on Britain's roads — discarded laughing gas canisters.

While the sight of the small silver canisters will be nothing new to many, the larger foot-long blue Smartwhip canisters have reportedly already caused several crashes in the area when riders have hit them or swerved to avoid hitting them.

The canisters, used legitimately by the catering industry, and dangerously as laughing gas by others are a larger form of the nitrous oxide canisters that are an often familiar sight on the roadsides and town centres of the UK.

However, such is the problem of the canisters littering the roads in the area, Sandwell Council leader Kerrie Carmichael has raised concerns about them being a "danger to the public" when inhaled, but also for vulnerable road users.

"Not only are these newer stronger laughing gas canister dangerous for those people who are indulging in them, they are now becoming a danger on our roads too," she told the Express and Star.

"Cyclists can feel vulnerable enough during the winter months in the dark and bad weather and now they have to contend with trying to avoid these canisters which have been carelessly thrown in the road."

And one local rider, Wayne Fox, suggested he had seen several cases reported on local cycling forums of the discarded canisters causing crashes.

Mr Fox took up cycling during his rehabilitation from a stroke but says he sees "hundreds of three-kilogram Smartwhip canisters in the gutters of the Black Country".

"They are potentially catastrophic for cyclists like me to hit. I have seen lots of posts on cycle forums about crashes being caused by them," he told the local news outlet.

"I've hit them at all times of the day — but worse at night. They cause you to have to avoid puddles, pushing you out further into the road at short notice which easily could lead to me being mown down by a lorry or car.

"I've sent photographs to my local MP for Walsall South Valerie Vaz in the hope she can bring it up in the Houses of Parliament. Something has to be done before someone is killed."

Local road racer Ab Woolass, who rides for the Mavis Nye Foundation Cycling Team, compared hitting the silver canisters to like "riding on an ice rink".

"The smaller silver cannisters can be really dangerous, its like riding on an ice rink when there are lots of them. But these new blue cannisters look a lot bigger, they could cause a lot of damage to a tyre if hit at speed," they said.

The dangers of misusing nitrous oxide, used in the medical profession as an anaesthetic, have been widely reported, and Dr David Nicholl from the Sandwell and West Birmingham Trust said misuse is the most common cause for emergency admissions to the neurology ward.

However, the cans remain easily accessible online and on social media. Earlier today on our live blog we shared a video submitted by a road.cc reader of a driver in Coventry appearing to inhale the contents of a balloon while behind the wheel of his car.

The Coventry-based cyclist said he saw the driver also using his phone behind the wheel, and told us that he has witnessed motorists using the substance several times over the last few years.

"With hindsight I should have immediately called 999 and reported this."

On 1 January, the Dutch government banned the sale, import, and possession of laughing gas, amid growing concerns over its effects on health and road safety.

According to a police survey report, there were almost 1,800 road safety incidents, including 63 fatal collisions, involving drivers using nitrous oxide between 2018 and 2021 in the Netherlands.