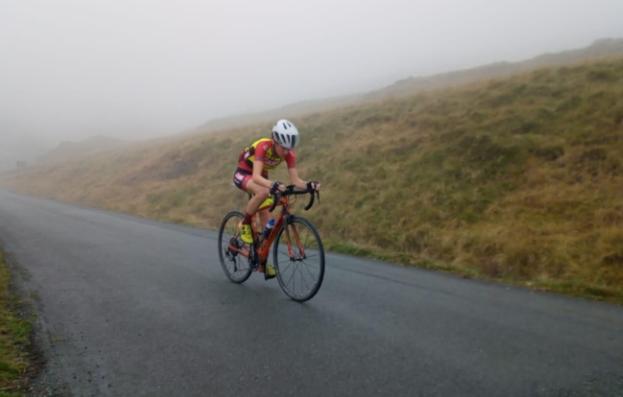 The CAMS-Basso rider completed a leg-shredding 72 ascents of the steepest 500m section of the infamous Welsh climb Bwlch y Groes, averaging roughly 4:30 for each slog up the 18 per cent brute. Impressively, only five of the 72 took longer than five minutes.

Supported by her dad who sat roadside for the full effort, Gardner told her Strava followers she does not recommend giving it a go: "Had a little breakdown at 45 reps when both weather and legs took a turn for the worse - and squirrelly sheep nearly ruined the day! Thanks Dad for sitting in the fog for 9 hours." 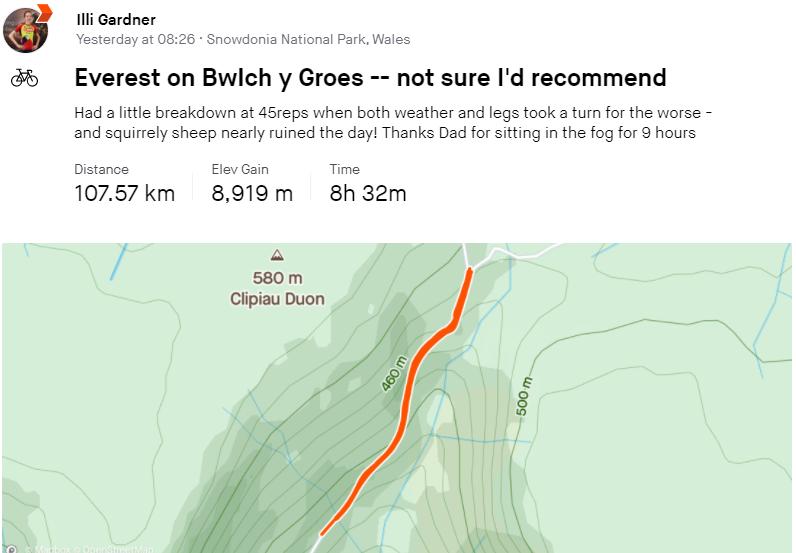 The record was previously held by former World Champion and Olympic silver medallist Emma Pooley, who set her time of 8 hours, 53 minutes and 36 seconds on Switzerland's 13 per cent Haggenegg last year.

While Pooley racked up 130km on the 6.7km climb, Gardner only had to cover 107.5km thanks to the Bwlch's steeper slopes. Pooley herself had taken 15 minutes off the previous record held by fellow Brit Hannah Rhodes.

However, once verified Gardner's effort will be the new benchmark for female Everesters. It's not the first record the 21-year-old has bagged this summer - in June she took more than two minutes off the Mont Ventoux QOM.

The fifth-year pro's palmares includes finishing 24th at the Women's Tour of Scotland in 2019 aged 19 and fifth on a stage and GC of Czech race Tour de Feminin a year earlier.

Everesting record attempts have simmered down a bit since last year's succession of lockdown efforts. Recently we have seen more novel Everesting attempts, such as Martin Riches who completed 8,848m of climbing by riding 1,104 laps of a car park in Suffolk.