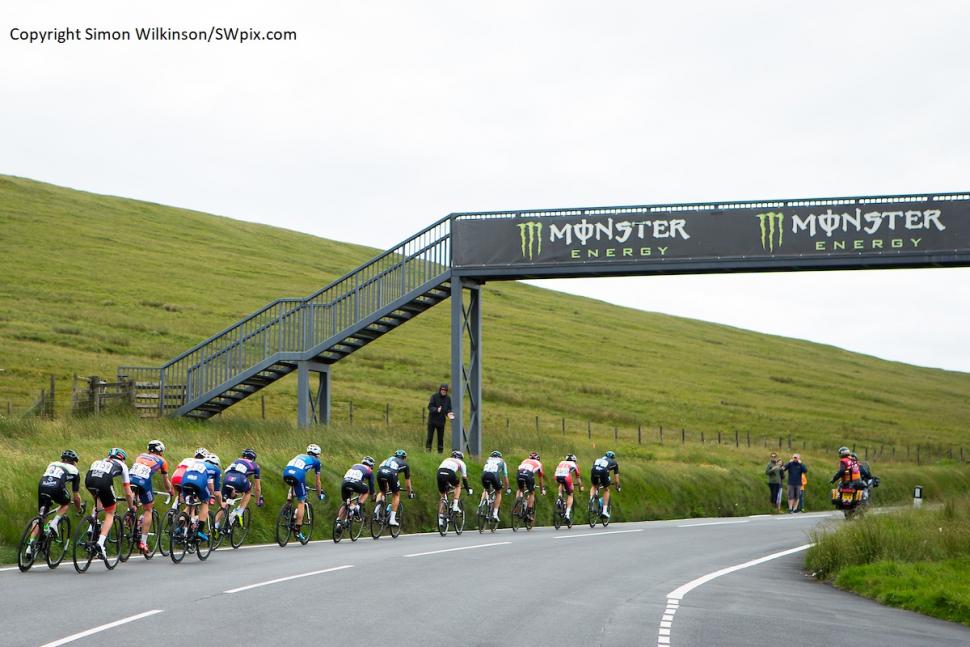 Police on the Isle of Man police have warned cyclists not to ride on the island’s famous Mountain Course, currently hosting the Tourist Trophy (TT) motorcycle races, which have returned this year following a two-year break due to the coronavirus pandemic.

BBC News reports that two cyclists from Leeds and a group from Swindon were arrested close on a section of the A18 Mountain Road where a temporary one-way system is in place until Monday 13 June.

At the time, the road had been shut to allow emergency services to attend a motorcycle rider who had sustained serious injuries in a crash and Sergeant Andrew Reid, said that had the road been open the riders could have caused a “dangerous” situation.

“Had they been on it when we opened it again we would have sent hundreds of [motor]bikes whizzing towards them,” he explained, urging people to research road closures and heed “clear warning signs.”

He added that officers are “not persecuting cyclists, it is purely a safety factor that anything that is slow moving on that Mountain Road during TT, we don't want there for safety.”

In a statement on Facebook, Isle of Man Constabulary said:

The TT Road Races Authorisation 2022 that is in force for the TT festival states that cycling is prohibited on the A18 Mountain Road from the Ramsey hairpin to its junction with the Creg-ny-Baa Back Road during the TT period.

There are no exceptions. The Mountain Road being closed for emergency services to deal with an incident is certainly not an exception.

The actions of these cyclists is dangerous for the cyclists themselves and other road users, not only for them to be cycling on the Mountain Road, but also cycling against the one way system, had the mountain road been opened at the conclusion of the incident and they hadn’t been stopped.

In 2017, the Isle of Man TT course featured in the road races at that year’s British Cycling National Championships, which were held on the island.

The men’s elite race was won by Steve Cummings – who earlier in the week had also won the time trial title – while Lizzie Deignan triumphed in the women’s race to take her fourth national road title.

The cycling lap record on the Mountain Course is held by Peter Kennaugh, who was born on the island, and set a time of 1 hour, 23 minutes and 48 seconds, taking the previous record set in 1993 by Chris Boardman by just 6 seconds.

So far this year during the TT races, three motorcycle racers have lost their lives, taking the death toll at the event over the past decade to 23.

Mark Purslow from Wales was killed in a qualifying race last week, while Davy Morgan from Northern Ireland died after a crash during the Supersport Race on Monday, reports the Guardian.

That followed another crash on Saturday that claimed the life of French sidecar pilot César Chanal, whose teammate Olivier Lavorel was taken to hospital in Liverpool where he remains in a critical condition.

The TT races attract huge numbers of visitors to the island each year, many of whom unsurprisingly try out the Mountain Course for themselves during their visit when the roads are open.

But as this video narrated by Isle of Man native and TT racer Conor Cummins and posted to the Isle of Man Constabulary website shows, that often results in some riding at extreme speed – the 120mph he estimates one rider to be travelling at, despite oncoming traffic, is faster than the average speed of the course record in a number of classes in the actual races.