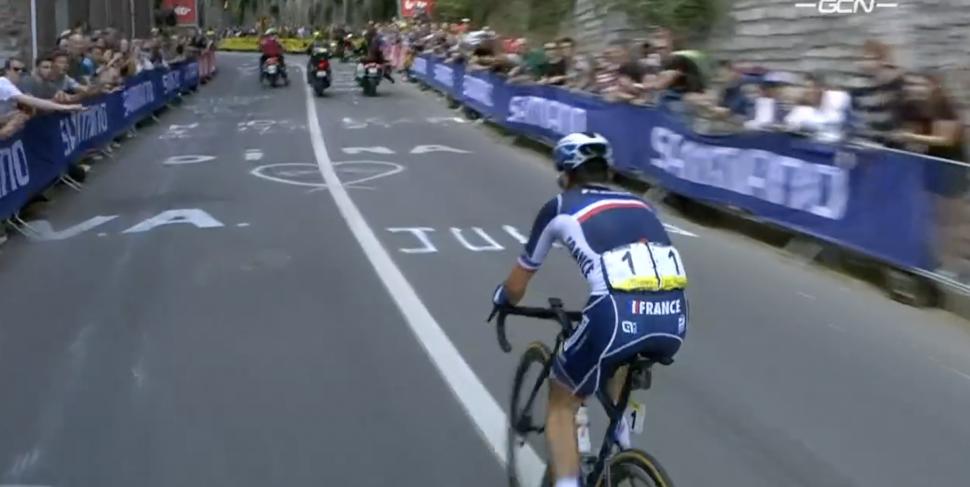 The numerous sharp inclines on the Flandrian bergs caused chaos on the lengthy course and by the final 18.5km a select group were battling it out for the win.

Julian Alaphilippe launched three blistering attacks with around 17km to go and on the third attempt managed to get a solid gap of around 20 to 30 seconds.

With 7km to go the French rider, who reportedly said he would be 'relieved' to give up the Rainbow Jersey, seemed certain to become the seventh rider in history to defend the title.

Over the closing kilometres he rode away from the rest of the competitors and soled to a stunning victory.

"Julian Alaphilippe - that is entertainment.

"World Champion in fantastic Flanders is a Frenchman and Julian Alaphilppe takes the Rainbow Jersey."

This years' course was a brutal 268.5km containing 2,414m of climbing and 42 categorised bergs.

Now it's not the time for an autograph, man. pic.twitter.com/ReDn4TPv7f

Hatch commented as the coverage ended: "I can't help feeling we have seen something we will not forget today.

"From start to finish."