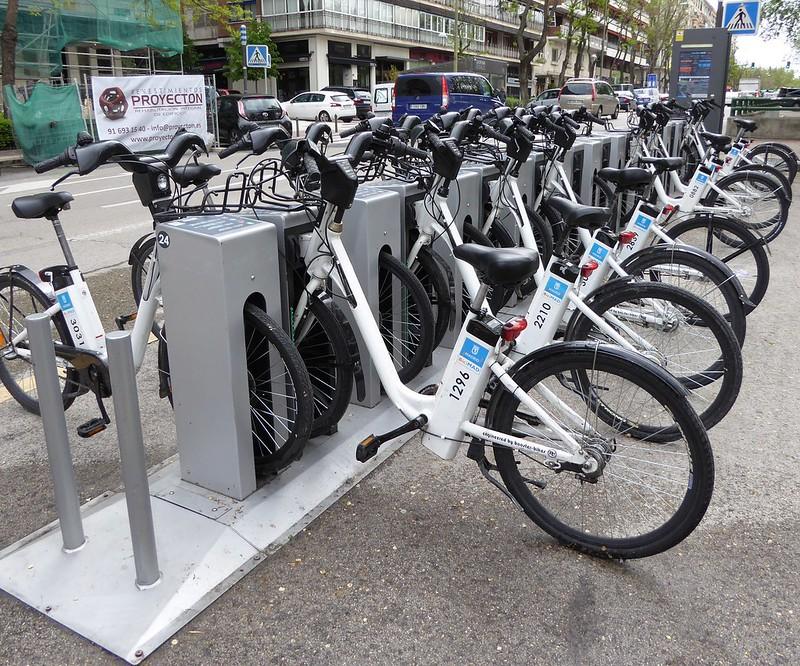 If Spain were to adopt the proposal, it would be one of the only territories in the world to have a mandatory insurance law for pedal assist bicycles of any type
by Jack Sexty

A somewhat contradictory predicament is currently playing out in Spain when it comes to active travel; as in the same year that its Ministry of Transport just approved the allocation of 600 million euros to promote urban cycling, its Ministry of Economic Affairs and Digital Transformation wants to bring 'personal mobility vehicles' under regular motor vehicle regulations, meaning that electric bicycles will require compulsory insurance.

According to El Mundo and other Spanish news outlets, the Spanish Bicycle Board, made up of notable cyclists, legal professionals and bike manufacturers, says the system is unworkable and is at odds with European regulations.

These regulations specifically separate pedal assist e-bikes (up to a certain wattage and assisted speed) from other types of electric vehicle like scooters and S-pedelecs with a throttle. Spanish Bicycle Board spokesman Jesús Freire said the ministerial proposal has got this distinction mixed up, therefore does not make sense.

Alfonso Treviño, general secretary of the Association of Professional Cyclists, blames lobbying from insurance companies for ministries suggesting that e-bikes should be insured, claiming that it could be a cash cow for them.

Treviño told El Mundo: "Compulsory insurance would be disproportionate and would discourage the use of bicycles, which is what is intended to decongest traffic, eliminate pollution in cities and promote healthy habits."

The dispute has been rumbling since at least 2018, when Spanish minister Fernando Grande Marlaska proposed compulsory insurance.

At the time, the Spanish cycling advocacy group ConBici asked for Spain's General Traffic Regulations to be replaced with a mobility law that would "recognise the bicycle as a better vehicle" to put a stop calls for e-bikes to be brought under motor vehicle regulations.

On social media, some have asked what the proposed changes would mean for tourists visiting the country who want to hire or use an e-bike. Others slammed the Government, with one calling it "useless and pusillanimous."

Despite the idea of compulsory insurance for all cyclists, e-bike or not, being popular with the general public - with two-thirds of respondents to a 2020 YouGov poll believing that cyclists should be made to have insurance - in reality the few places worldwide that have introduced such schemes have often found them to be expensive and detrimental to cycling numbers.

Switzerland abandoned its compulsory bike insurance laws in 2012 with cost thought to be a deciding factor, and to our knowledge no country in the world legally requires pedal cyclists to be insured and/or licenced in 2022.

Lead image licenced under CC BY 2.0 by BiciMAD on Flickr

1
How does this work!? Crazy half-wheeled bike concept goes viral
2
Cyclist killed after being struck by van driver during time trial
3
Lone female cyclists are “being targeted”, says former Scottish champion
4
Cyclist punched repeatedly by motorist in road rage incident
5
“How would you like to be on camera now?” Shirtless driver accosts CyclingMikey
6
Near Miss of the Day 790 updated: Cyclist gets ANOTHER close pass from same taxi the day after punishment pass
7
UCI “kindly requests” that riders stop using race number sleeves
8
Near Miss of the Day 791: “Careful lad,” says van driver parked in bike lane… as another driver pushes in front