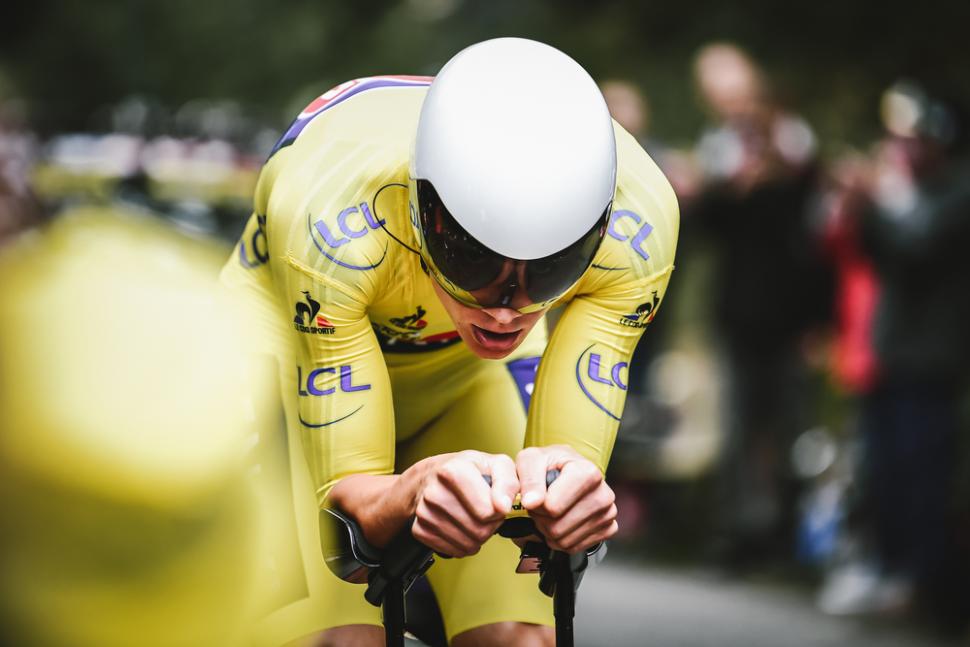 "I was really bad and in a lot of pain. With the normal stages it was too much for my body at the moment."...
by Will Bolton

Mathieu van der Poel and Primož Roglič are both out of the Tour de France after stage 8.

The Alpecin-Fenix and Jumbo Visma riders both announced their decision to abandon the race this morning before today's stage from Cluses to Tignes.

Roglič said he had tried to just take the race day by day but the pain from his injuries sustained during two heavy falls in the first three stages was too much and it made no sense to continue.

He added: "I was really bad and in a lot of pain. With the normal stages it was too much for my body at the moment.

"I’m definitely disappointed, I didn't plan this to be the way it is and you have to accept it. I have to go on with this decision. I have to be optimistic, look to the future and new goals."

Here's what Primoz says about his departure from @LeTour 🎙️ pic.twitter.com/C8EdM8dAJQ

The Slovenian put up a brave fight and despite riding in with the grupetto yesterday he was still seen smiling as he lost almost 35 minutes.

Van der Poel's departure was perhaps less of a surprise, with the Dutchman explaining that if he remained at the Tour it would be 'impossible' for him to complete the three weeks and be at the 'top of his game' at the Olympics.

He said: "Unfortunately I will not start today we decided with the team that it is in my best interest to quit the race and focus on the Olympics now.

"I am going to take some time to recover from this week...

"Due to corona it was impossible for me to do the whole Tour and then be at my top game at Tokyo."

Before he departed however, a lovely video of him giving a young spectator a bidon began circulating on social media.

The bidon of a maillot jaune - it’s a life changer.

The child's heartwarming reaction showed why the handing out of bottles by riders is such an important part of the sport, and why the decision to kick Michael Schär (AG2R Citroën) out of the Tour of Flanders for doing the same thing earlier this year seemed so bizarre...

Meanwhile, Geraint Thomas (Ineos Grenadiers) remains in the race despite also finishing in the grupetto.

Speaking after the stage yesterday, he said: "The crash has taken a lot more out of me than I thought. You always get through some days and talk yourself into it, you’ll get better, but yeah it was a super hard stage, a hard start, I was on the back foot straight away and that was it.

"It was a wet day, hard roads, I had no chance to come back. After a lot of hard work since January, to finish 33 minutes down, it’s not really what I wanted. It’s tough on the head as much as anything else. There have been a lot of sacrifices to get here.