Cycle parking on the parliamentary estate

“Are we practising what we preach?” MPs call for more “secure and accessible” cycle parking on parliamentary estate

“Imagine if people became used to politicians sweeping through the gates of Parliament on a bicycle rather than hidden away in vehicles,” the MPs said
by Ryan Mallon

Two MPs have urged their fellow politicians at Westminster who support active travel to “practise what they preach” by calling for the UK to emulate the likes of Germany and Denmark by installing more “secure, accessible and sufficient” cycle parking on the parliamentary estate.

Writing in politics magazine The House, the MPs – Flick Drummond, the Conservative representative for Meon Valley and Leeds North East’s Labour MP Fabian Hamilton – criticised the current provision for cycle parking as “just not good enough” and argued that a cultural shift towards cycling at a parliamentary level could “have a much wider impact”. 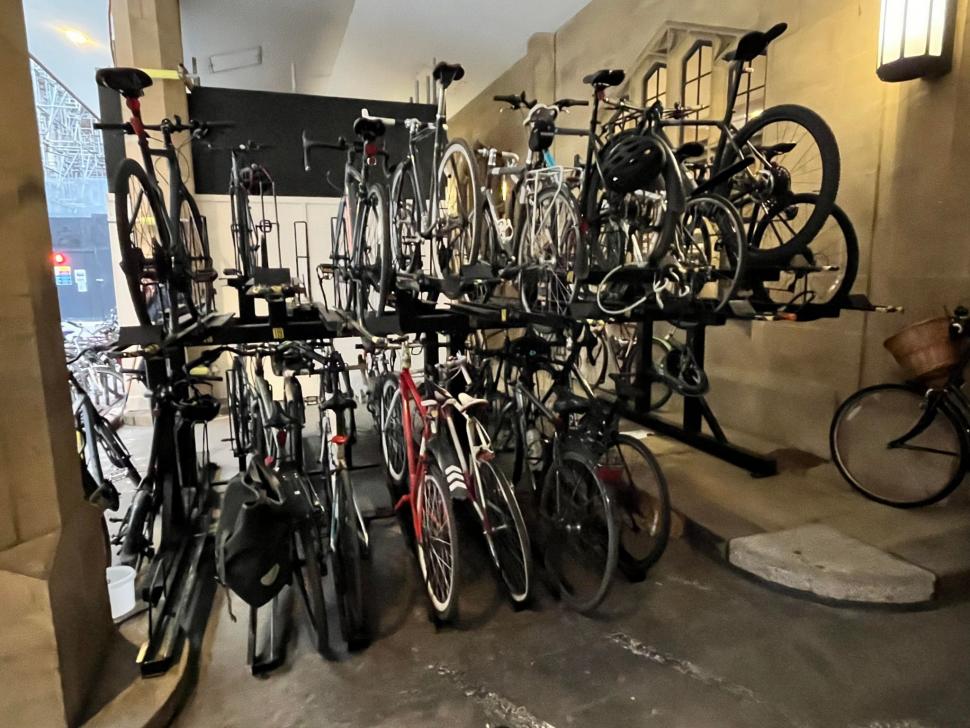 Noting the success of and cross-party support for the government’s active travel policies, including the Department for Transport’s Gear Change plan, and the work of Active Travel England and the All-Party Parliamentary Group for Cycling and Walking, Drummond and Hamilton argued that this Commons-wide “show of support” for active travel was a recognition of the environmental and health benefits it can bring.

However, while the MPs acknowledged that enthusiasm for cycling and walking represented “our message to the public as parliamentarians”, they questioned whether those at Westminster were truly “practising what we preach” when it comes to active travel.

They asked: “Is the parliamentary estate filled with secure, accessible and sufficient cycle parking (suitable for a full range of bikes), ready for the hordes of MPs, peers and staff arriving on their bikes each morning?

“The answer, sadly, is no – and that’s in part because the parking required simply does not exist. It’s not due to lack of demand – a cursory walk through the estate shows the limited spaces that we do have filled with bikes, often parked outside allocated spaces and left in haphazard positions.”

According to the two MPs, at a recent meeting with the parliamentary estate team, one colleague even recounted that she was the victim of an attempted bike theft which left her lock badly damaged.

“We know that a lack of secure parking is a key barrier to the uptake of cycling,” Drummond and Hamilton continued. “You need to be able to park your bike close to your office, safe in the knowledge that it will still be there (and ideally dry as well) when you get back. At the moment, that provision is simply not there – and it shows.

“This is particularly noticeable when you compare our situation to other parliamentary buildings, Germany and Denmark being good examples. If the culture begins to change at a parliamentary level, it could have a much wider impact, not least in making our political system seem more accessible.

“Imagine if people became used to politicians sweeping through the gates of Parliament on a bicycle rather than hidden away in vehicles. Security will always understandably be an important consideration, but if the prime minister of the Netherlands can travel by bike, then surely others can.” 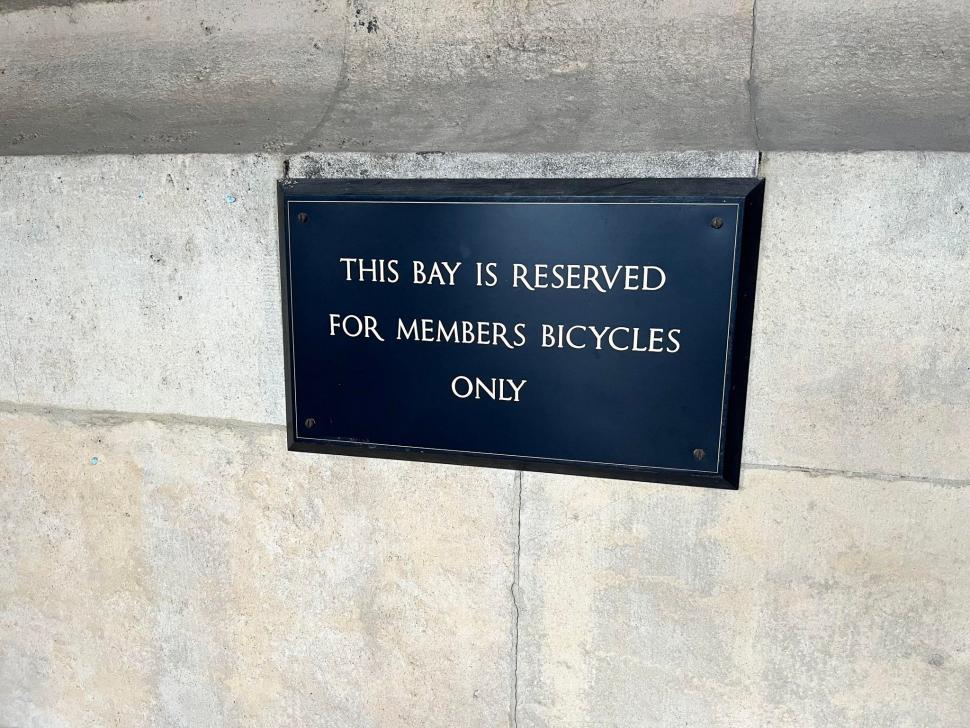 The cross-party duo recognised that any significant change to the parliamentary estate to facilitate bike parking may prove difficult thanks to the age of the buildings. However, they argued that “cycle parking has often come as an afterthought when specific buildings or courtyards are having work done on them, with swathes of cycle parking often simply being removed without being replaced.

“That is just not good enough, and along with our colleagues on the APPG Cycling & Walking, we will be pushing in the coming weeks and months to improve the situation so that more people on the estate can feel safe parking their bikes here – and can actually find somewhere to park.”

While the campaign for increased cycle parking provision at Westminster seems to have attracted cross-party support, one parliamentary advisor and cyclist claimed that it isn’t limited parking which presents the biggest barrier to swathes of MPs taking to two wheels, but the lack of safe, protected cycling infrastructure.

“Additional provision is always welcome, but the parliamentary estate is mostly well provided for with secure parking available in Star Chamber Court and next to Richmond House for people coming in by Derby Gate,” Jack Gebhard, who has undertaken several bikepacking trips, including the North Coast 500 and a cross-Europe tour from Dunkirk to Istanbul, told road.cc.

“There are plenty of spots to park, but they’re often not utilised. The biggest barrier to cycling to work in parliament is accessibility from outside the estate.”

He continued: “Like everywhere else in London cycle lanes are limited, with next to no separation between cyclists and motorists. Despite the introduction of the segregated cycle lanes on Westminster Bridge, there needs to be more to convince me that I could make it to work on my bike safely.

“Until that is sorted out, unfortunately it will always be very difficult to encourage cycling.”