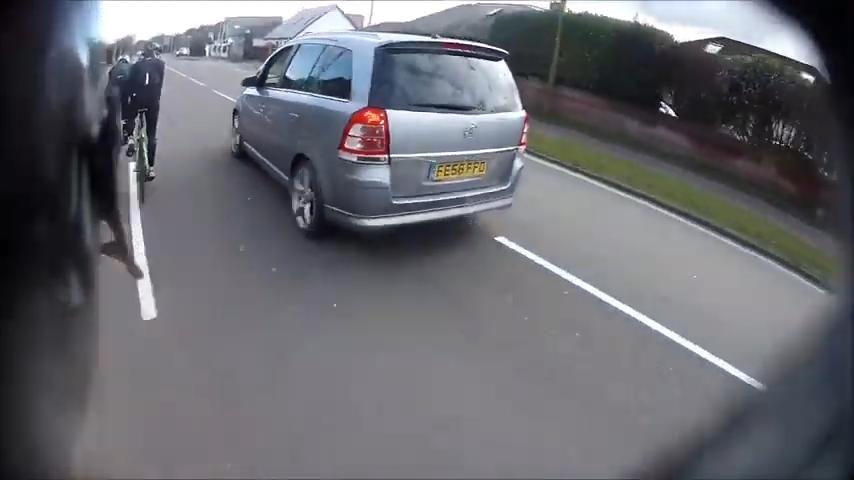 Near Miss of the Day 564: “You’re on camera – I suggest you leave it!” – cyclist intervenes in road rage incident

Our regular series featuring close passes from around the country - today it's Dorset...
by Simon_MacMichael

“You’re on camera – I suggest you leave it!” – that's the advice a cyclist in Dorset gave a driver after a near coming-together between his car and two other riders started to escalate into a road rage incident, as shown here in the latest video in our Near Miss of the Day feature.

The incident happened in Christchurch, and road.cc reader Gary, who filmed it, believes it is the poor design of the bike lane as it approaches a roundabout that brought the motorist and cyclists into conflict.

"The cycle lane is on the left, but as it gets to the roundabout, it pushes you closer to any cars who might be in the road," he explained.

"The car got a tap from the rider, and the driver then came alongside beeping.

"I've been involved in far too many of these situations, so I yelled', "You're on camera! I suggest you leave it!"

He added: "They took note and went away. Only to be overtaken back by me 1.5 miles on. Because we know, cars are faster than bicycles."