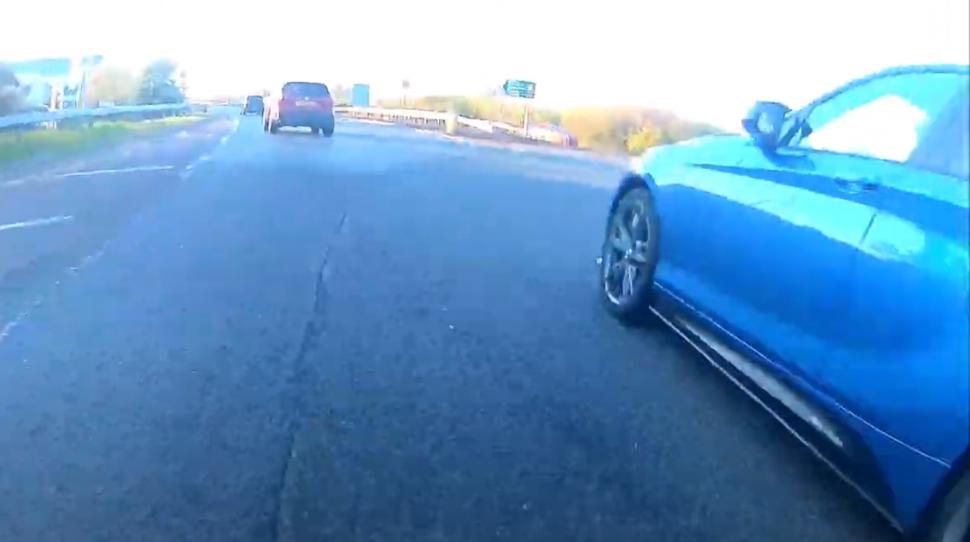 Near Miss of the Day 767: MGIF driver cuts across cyclist at speed on roundabout

Our regular series featuring close passes from around the country — today it's East Sussex ...
by Ryan Mallon

Ah, roundabouts – the bane of every cyclist, from professional to commuter, as this video of a driver bizarrely attempting to overtake just before the exit, almost clipping our reader’s front wheel in the process, shows.

(To offer a counterpoint in defence of roundabouts, they do provide commentators – I’m looking at you, Carlton Kirby – with plenty to talk about during long, flat days at grand tours, such as this afternoon’s interminable Giro stage…)

Anyway, back to Eastbourne, where this impatient motorist passes the cyclist from behind as they both enter the roundabout. The driver – seemingly unaware that the cyclist is continuing on in his lane – then immediately cuts back across him to turn off at the first exit, narrowly avoiding a collision.

Mark, the road.cc reader who sent us the footage, says he reported the driver to the relevant authorities, who issued the motorist with a cursory advisory letter.

Subscribe
Near Miss of the Day
NMotD
NMotD East Sussex