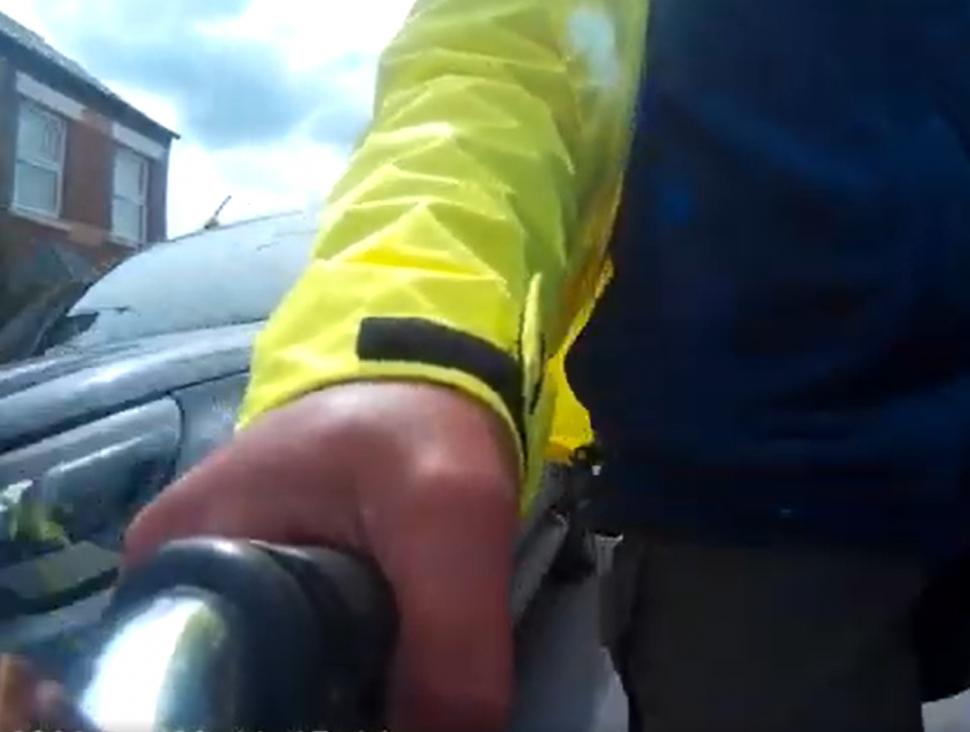 Near Miss of the Day 786: “They have been behind you for some time” – Police say close pass isn’t careless as cyclist didn’t change direction

Today’s class pass bears more than a passing resemble to last weekend’s now infamous Near Miss of the Day 783, as yet another driver attempts to overtake a cyclist on a single lane, mere metres before a gap opens in the line of parked cars.

Instead of a rather aggressive shouting match and a £2,460 fine for the motorist, today’s video features no swearing at all and resulted in no further action from Gloucestershire Police.

“Now I know where I am going wrong,” writes road.cc reader Richard.

Richard told us that he was “shaken” after the extremely close pass which, as he pointed out, “saved a couple of seconds at best and put a vulnerable road user at risk”.

After submitting the clip to Gloucestershire Constabulary, he received the following response: “I have watched the video and the driver doesn’t cause you to react and change direction or brake so their driving can’t be considered careless.

“They have been behind you for some time and not forced their way past.”

I’m not sure how relevant that last sentence is, but at least Richard received a more sympathetic reply from the firm in charge of the building site the driver was seen leaving:

“Apologies that you have had this experience. The vehicle involved was in fact not one belonging to this firm, however we do recognise the vehicle and will remind the owner accordingly. Once again, apologies.”