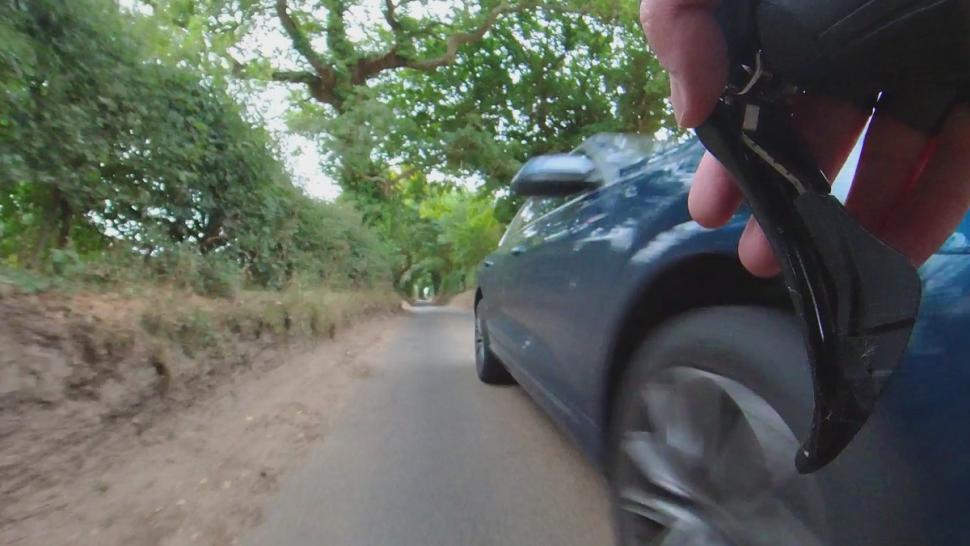 Near Miss of the Day 813: Audi driver passes oncoming cyclist at speed on narrow country lane

Today’s Near Miss bears more than a passing resemblance to the infamous Land Rover versus group ride confrontation, which saw the motorist fined over £1,000 for his careless driving – this time, thankfully, no cyclist ended up in the ditch.

These clips (which contain a light bit of understandable swearing) were captured on front and rear bike cameras as road.cc reader Paul was cycling on a narrow country road, on his way home from work.

“I saw the approaching car and slowed a little so that the car would arrive at the passing place before me,” Paul says.

“They could have slowed and moved over, just like the previous cars I'd passed. They chose not to do that though and instead just barrelled past me.

“I use a 360 degree camera, so you can see from the [below] photo looking downwards at my front wheel how close this was.“ 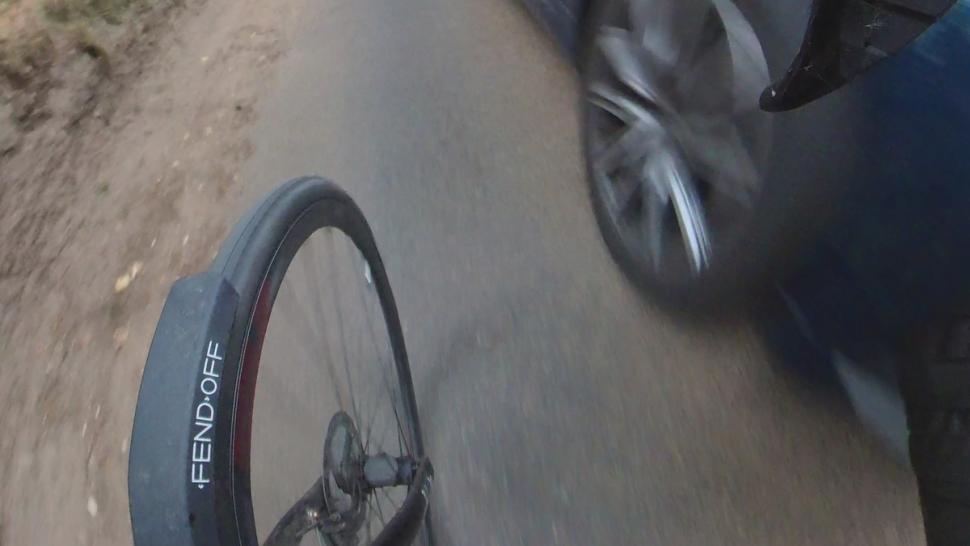 Paul continued: “Unfortunately, I didn't get a clear view of the number plate, so I can’t report it to Op Snap. Police force is Norfolk and generally they’re pretty good, although at the moment they seem to have a bit of staff shortages which has resulted in all the videos I submitted last week exceeding the seven-day window they give.”