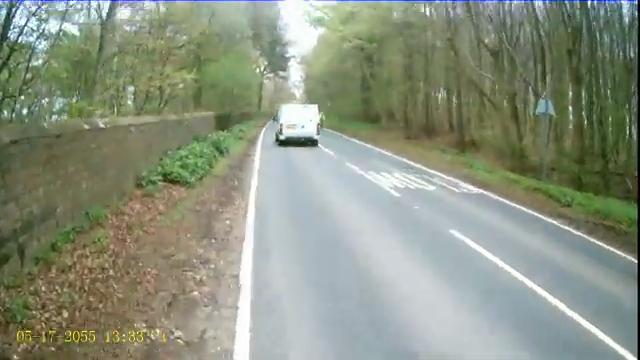 Near Miss of the Day 780: Cyclist tells police they should be “law enforcement, not school teachers” after high-speed close pass

Our regular series featuring close passes from around the country - today it's County Durham...
by Simon_MacMichael

A road.cc reader who got a very close pass from a van driver at speed was left unimpressed with the response from police, who said they would “educate” the driver – and told them they should be involved in “law enforcement, not school teachers.”

The incident happened on Wynyard Road near Billingham in County Durham, and it was Cleveland Police – who share roads policing duties with their colleagues in Durham, and who were doing a close pass operation at the time according to road.cc reader Paul – that dealt with it.

It really is a bit of a shocker, and let alone the close pass on the cyclist, we don’t imagine there was much space between the van and the car coming from the other direction, risking a head-on collision at what we’d guess would be way beyond 100mph.

Paul told us: “The policeman referred it to his sergeant, who said they were going to educate the driver,” he told us – his reply to the force being that they are “law enforcement, not school teachers.”

Subscribe
NMotD County Durham
Near Miss of the Day