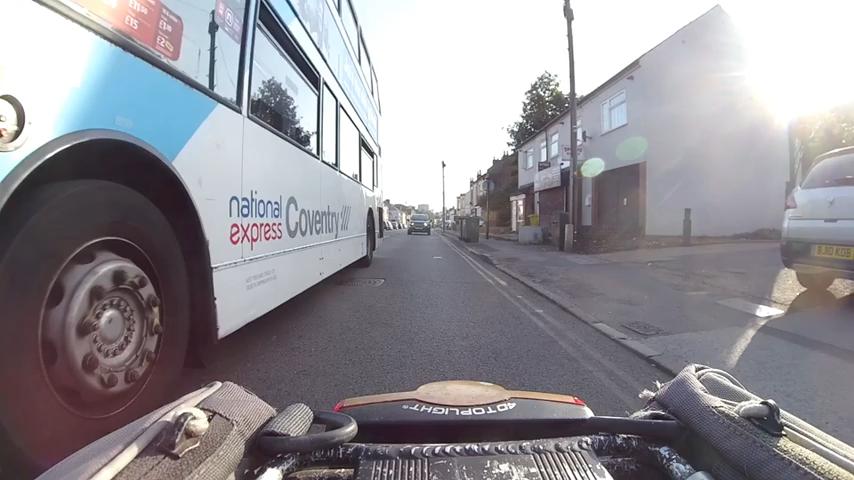 Near Miss of the Day 792: National Express bus driver in ultra-close pass on cyclist (includes swearing)

Our regular series featuring close passes from around the country - today it's the West Midlands...
by Simon_MacMichael

This isn’t the first time a National Express driver has been featured in our Near Miss of the Day series – there are a couple of previous examples here – and according to James, the road.cc reader who sent this clip in, such incidents involving the company’s buses are “unfortunately, an all too frequent event” in Coventry, where he lives.

“I’ve had another two similar incidents recently and have made subject access requests to National Express for the video from the buses,” he told us.

Referring to those specific occurrences, he said: “In a few months’ time when the videos of these latest incidents have been published – currently they're private because they've been reported to West Midlands Police – I'll send them along for possible inclusion in Near Miss of the Day.”