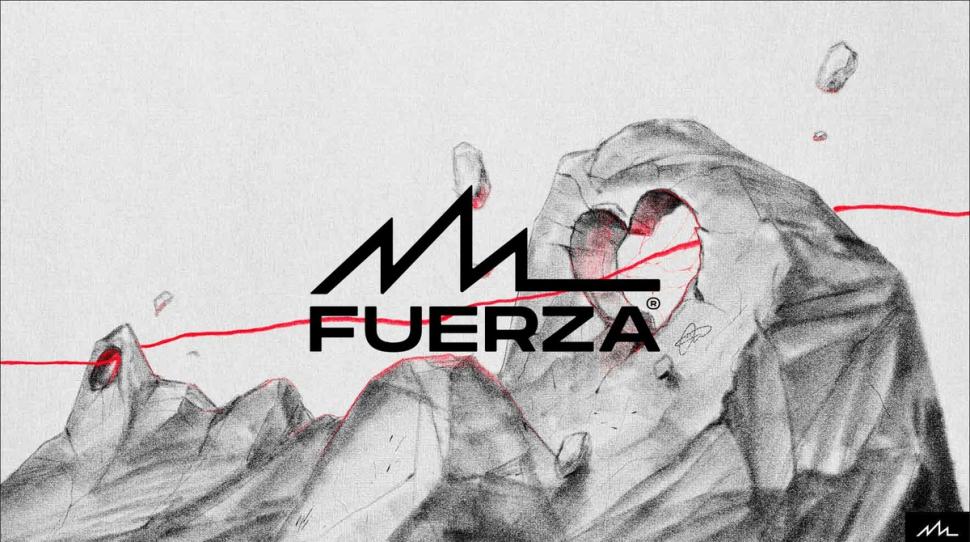 You may not have Mark Cavendish’s sprinting power – but you can buy a unique file of it for $80,000 in cycling’s latest NFT launch

Mark Cavendish, Geraint Thomas and Peter Sagan are among leading pro cyclists whose biometric data from some of their most significant races has been captured and turned into unique pieces of artwork in the form of non-fungible tokens (NFTs).

Produced in collaboration with a team of digital artists, Project Fuerza (the latter being Spanish for 'strength') is the brainchild of Hunter Allen, cycling coach and co-author of the book, Training and Racing with a Power Meter, and will be releasing new artwork each Friday during the Tour de France – with as many as 1,000 different pieces ultimately coming online.

Many of the pieces, or Fuerzas in the company’s terminology, will enable the buyer – who will pay in Ethereum cryptocurrency via the OpenSea platform, with NFTs backed by blockchain technology – to access the rider’s own power files from the very race to which the artwork relates.

In the company’s words,

Fuerza artists have taken the data from a specific ride, plus the ride story from the rider, the atmosphere at the race, the conditions on the day and much more to create a truly memorable, unique and collectible art piece. The NFTs are recording cycling history in a new, creative and exciting experience. When you see a Fuerza, you will get it.   When you zoom in, you will discover something new.  When you have it on your phone, and you look at it every day, you will know.   When you come home and see your Fuerza on the wall on your LCD screen, you will know. The Fuerza is created to connect with you and your passion for art and cycling in a truly special way.

For example, the piece shown above – yours for the equivalent of $83,819.20 at the time of writing – depicts Mark Cavendish’s national championship-winning sprint from last Sunday, and comes complete with his power file. Here’s Fuerza’s description of it:

From this past weekend’s British National Championship Elite Road Race, this is just the final sprint of the race, where Mark handily won. The outline of the rock is the shape of his power data in the sprint and the red line is his heart rate data.

Or you could be tempted by one of two pieces from Geraint Thomas’s race-winning performance at the Criterium du Dauphiné in 2018 – the first from the Stage 3 team time trial won by Team Sky, the other from Stage 6 of the race, won by (checks notes) Astana’s Pello Bilbao, with Thomas second, 21 seconds behind. The second – which will set you back $24,123 currently – is shown below. 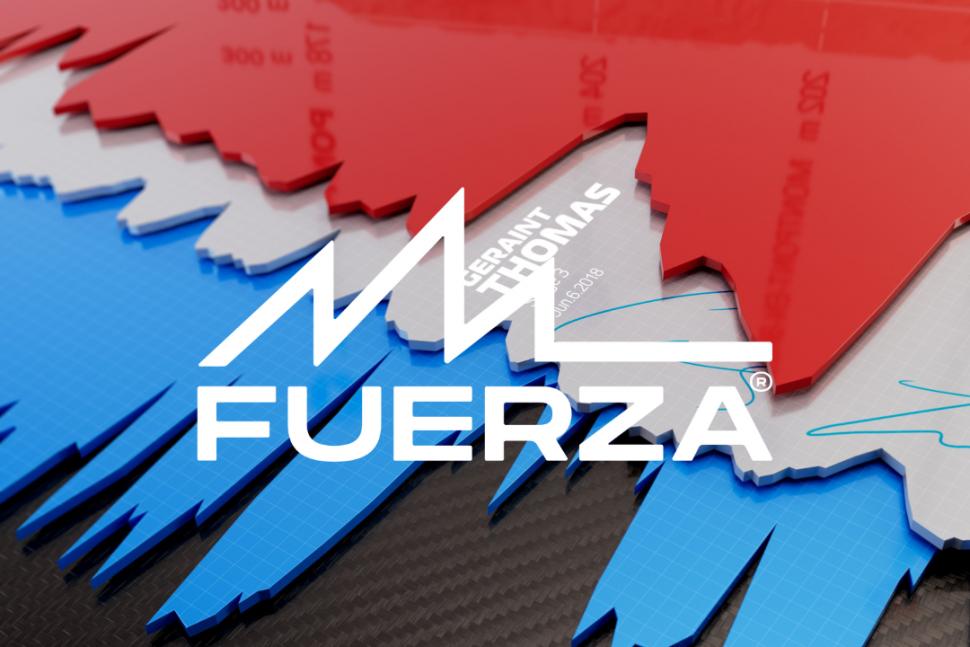 Both of these NFTs come from Geraint’s overall win at the Criterium du Dauphiné in 2018.  One is of the team time trial – Stage 3 – and the other is Stage 1.  In each of these 3D-esque images, red is the elevation data, grey is the power data and blue is the speed data.  Notice the reflection of the course profile, the carbon fibre detail, shadows and internal reflections. The Data is the art and along[side] Geraint, Fuerza artist Ben Barnhardt created this amazing work of art.

If neither of those riders float your boat, how about Rohan Dennis and his victory on Stage 3 of the 2018 Tour Down Under – can you truly call yourself a cycling fan if you don’t remember that? 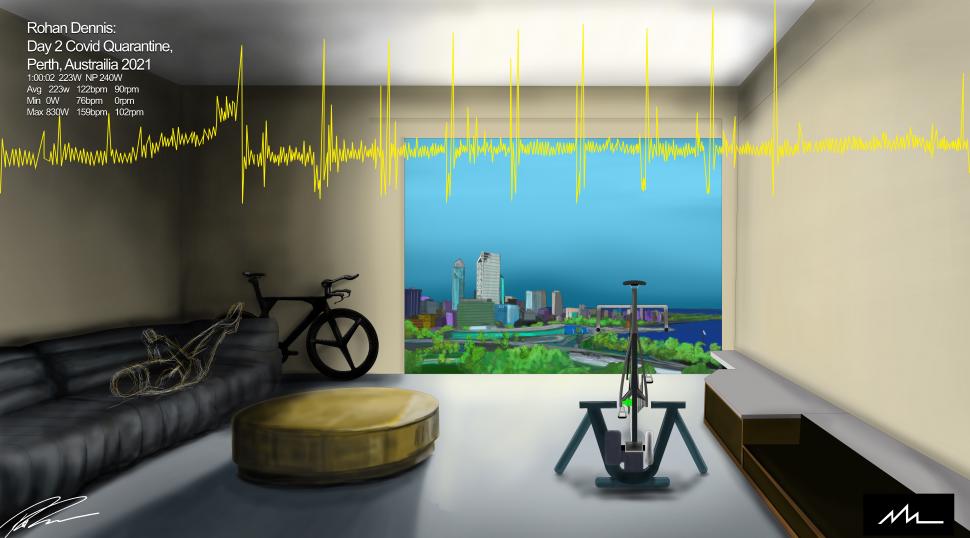 Rohan Dennis’s first ever WorldTour stage win in stage 3 of the Tour Down Under in 2015 is represented by the chess pieces of a knight and pawns. Rohan is the knight and the pawns are the competition in the peloton on that day. In this beautiful piece of art, can you find the data? Each of the stages of his Tour Down Under in 2015 is an NFT collection with the chess theme. How many watts did he produce in the winning move on this stage?  Only Rohan and the owner of this NFT will know!

Or how about one of 14 individual pieces charting each day of his 14-day quarantine in Perth, Western Australia due to coronavirus restrictions – they go for the equivalent of $2,576 each, but wait …

If a collector buys ALL of the Quarantine Series, then Rohan will give that collector a signed jersey and will sign it on a zoom call with them!

“I have been working with the world's leading athletes for a number of years and their performance data has always fascinated me,” said Fuerza founder Allen.

“Combining my passion for both Art and Cycling has created an amazing challenge that we are now ready to share with the world. The NFTs we offer at FUERZA are a partnership between the rider and artist, creating artwork that has emotional meaning.”

These are of course not the first cycling-related NFTs we’ve seen – last year, Colnago sold a unique graphic representation of a bike with a colour scheme reflecting some of the Italian brand’s most famous victories, and Cavendish himself has previously released one through his own website.

However, NFTs have been strongly criticised within the cycling community because of the huge carbon emissions associated with the computer power needed to make the blockchain technology work.

There are monetary risks, too – as highlighted in this in-depth article by road.cc editor jack Sexty after he spoke to Bike Club co-founders Tyler Benedict and Rich Mitchelson for our Podcast earlier this year, UK regulator the Financial Conduct Authority has said that “Cryptoassets are unregulated and high-risk. We have repeatedly warned people should be prepared to lose their money” – as strong an expression of ‘caveat emptor’ – ‘let the buyer beware’ – as you’re ever likely to see from official sources.

> The angry backlash against NFTs in cycling, and how Bike Club NFT is trying to turn the tide