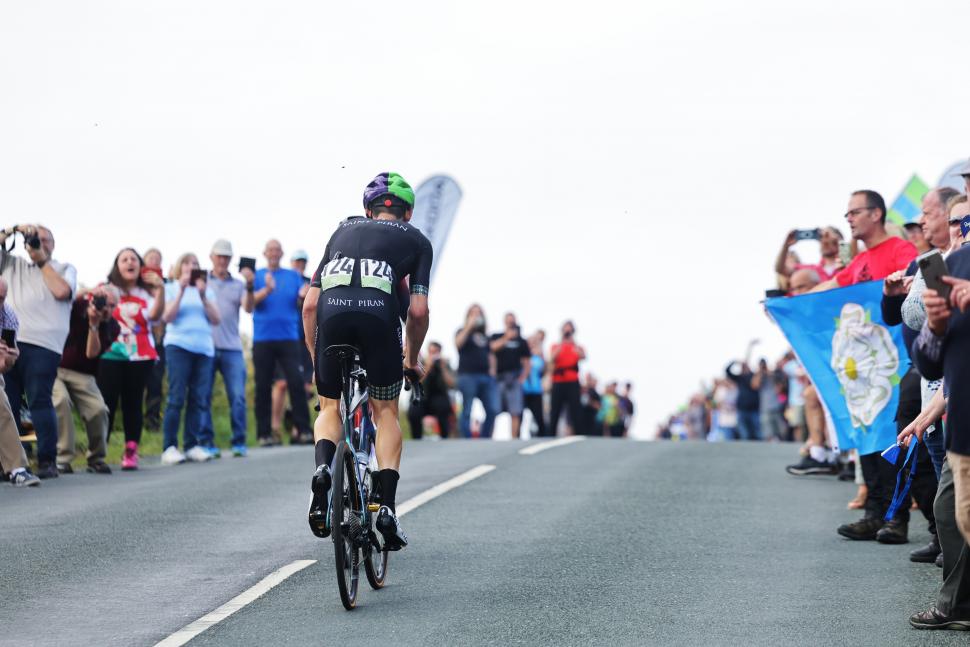 The Cornish-based continental team Saint Piran claim they have been provided with faulty bikes from Lapierre...
by Tim Bonville-Ginn

British continental team Saint Piran are suing bike brand Lapierre’s UK representative, Raleigh, after they claim they were sent unsafe equipment with the team looking to recover costs of around £100,000... however in a confusing twist one of the team's sponsors, Tribute Cornish Pale Ale, is currently running a giveaway to win a "professional road bike" from Saint Piran, that the team now insist will definitely not be a Lapierre.

In a story originally published on Cycling Weekly's website, it is said that the team, who are based in Cornwall, told their lawyers to start moving towards reclaiming the money in April of this year, after the team found a new bike brand to replace their 60 Lapierre bikes.

As well as this, Saint Piran's sponsor, Tribute Cornish Pale Ale, is running a competition where the winner will be given one of the team’s bikes (along with three cases of beer, of course). The winner of the competition will not get a Lapierre bike, but, it does show two Saint Piran riders next to bikes from the French-born brand, adding to the minefield of implications the legal battle could bring.

This image is a stock photo from right at the start of the season before the legal issues came about.

The safety concerns are with the headsets on the 2021 Lapierre Aircode DRS and Xelius SL models. However, Raleigh and Lapierre strongly deny that there is anything wrong with the bikes, suggesting that team staff have been over-tightening headsets

In a statement released to road.cc, Saint Piran said:  "Following liaison with Raleigh/Lapierre, efforts have were made to achieve a solution to the problems including the replacement of stems and the installation of stem shims - sadly further problems occurred following these alterations.

"Saint Piran, whilst appreciating the efforts that Lapierre/Raleigh made, took the decision to stop their use of the bikes.  The team/its sponsor has sourced alternative bikes for the riders and in doing so has incurred costs, well in excess of £100,000 both in purchasing those replacements and in addressing the issues it encountered whilst the bikes were being used.

"There have been suggestions from Raleigh’s representatives that the issues might have arisen through incorrect assembly by St Piran’s mechanics – that is entirely rejected.  The team arranged an independent report to assess the likely cause of the issues, which identified causes other than the mechanics assembly of the bikes.  That report was shared with Raleigh and is challenged by them. Raleigh have offered a further independent inspection, but that has not yet been progressed."

But a spokesperson of a firm acting for Raleigh said: "An offer was made to use an independent expert. This was not taken up. Now three months later Saint Piran appears to be trying to use the threat of publicity. Raleigh has at all times engaged constructively with Saint Piran to address its concerns and is disappointed with the new approach to resolving their claim.

Saint Piran are now riding a mix of Specialized S-Works and Trek bikes.