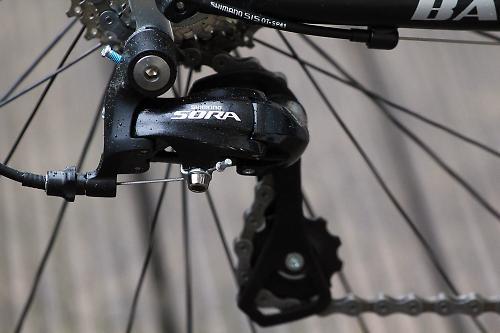 Shimano has revealed that sales and profits in its bicycle division soared in 2021, with turnover up by almost half to stand at ¥443.7 billion, equivalent to around £2.8 billion, although it warned that a predicted slowdown in China’s economy could cause a global economic slowdown.

The company, which last year celebrated its centenary, said that “Demand for mid to high-end bicycles remained at high levels due to the global cycling boom, triggered by the spread of COVID-19, but some markets began to settle down” during the second half of the year.

It said that within Europe, demand for bikes and related products remained strong, aided by government initiatives aimed at encouraging active travel, but disclosed that in Asia and South and Central America, “The cycling boom showed signs of cooling off” during the second half of the year.

The Osaka-based company added that orders had been “brisk for a wide range of products,” including its latest Dura-Ace and Ultegra road groupsets and for its Shimano Steps e-bike components range.

> What will Shimano’s next groupset be? Here’s our best predictions for 2022

The growth in the bicycle division means that segment of the business now accounts for 81.2 per cent of group turnover, with fishing equipment, where sales rose 28.1 per cent to ¥102.4 billion, making up 18.7 per cent of the total.

Shimano expects both sales and profits to continue to grow in the year ahead, albeit at a slower rate than has been seen in the past 12 months.

It acknowledged that “There is concern that the global economy will be weighed down by the infection spread of new, highly infectious variants, and that shortages of semiconductors and electronic components, rising prices of raw materials, tight logistics, a labour shortage, and other problems may further worsen.

“However, interest in outdoor leisure activities that can avoid people crowding is expected to continue,” it added.

Its outlook concluded by sounding a note of caution, with the company saying: “In China, there is concern that the economy will slow down sharply due to worsening debt problems at certain companies, among other factors. The impact of the slowdown will spread to the world economy and drag down the economy.”