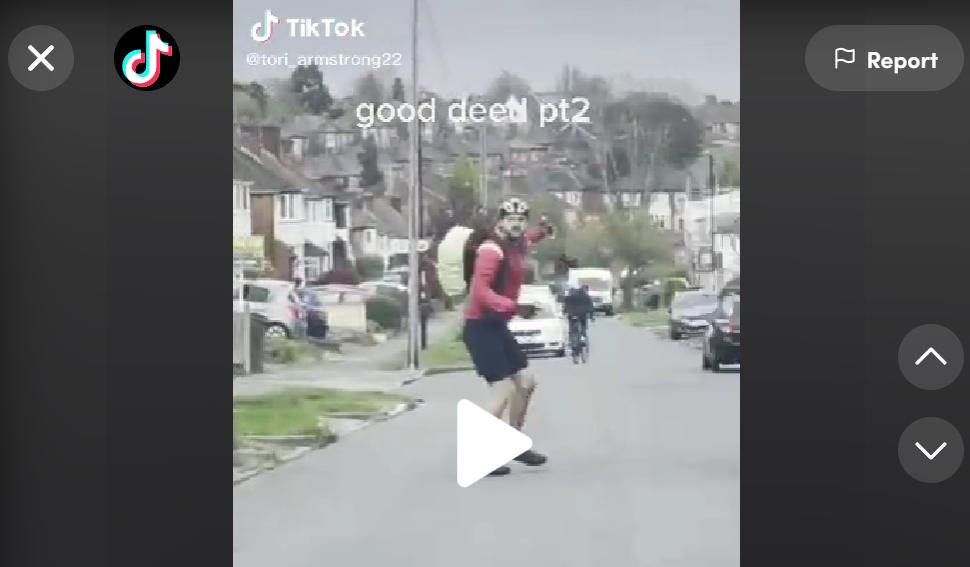 “What’s happening, got your bike, son?” Cyclist reunited with bike after motorist springs to his aid
by Simon_MacMichael

A video showing a driver and his passenger chasing down a bike thief after seeing a cyclist running after him has gone viral on TikTok, with nearly 3 million views racked up on the video sharing site to date after being posted there over the weekend.

“What’s happening son?” asks one of the vehicle’s occupants as the cyclist runs ahead of the car in the middle of the road, gesticulating.

Pursuing the apparent thief – who in contrast to the cyclist’s SPDs is shod with a pair of sliders – the passenger urges the driver, “Get him off the bike!”

Catching up with him, and with the driver beeping the horn, the passenger says, “I’m having the bike, blood! Get off, get off the bike, blood!” – with the man on the bike abandoning it and making off on foot.

In a second instalment to the footage, the breathless cyclist – running in cleats isn’t much fun, as we’re sure Chris Froome would confirm – is reunited with his bike.

Some people commenting on that part of the footage have criticised the cyclist for not saying “Thank you” – although the original poster confirmed that he did in fact show his gratitude to the men who rescued his bike, but it wasn’t caught on camera.

It’s not entirely clear where the video was shot – some of the comments, plus a hashtag to one of the videos, suggests it may have been Birmingham, although we’re getting more of a Bristol vibe to it here at road.cc Towers; if anyone familiar with the location can ID it, please share it in the comments.

We should also add the usual caveat that sometimes videos of this nature that appear on social media turn out to be staged, so if you know the cyclist in the video – or, indeed, if you happen to be reading this – feel free to let us know.