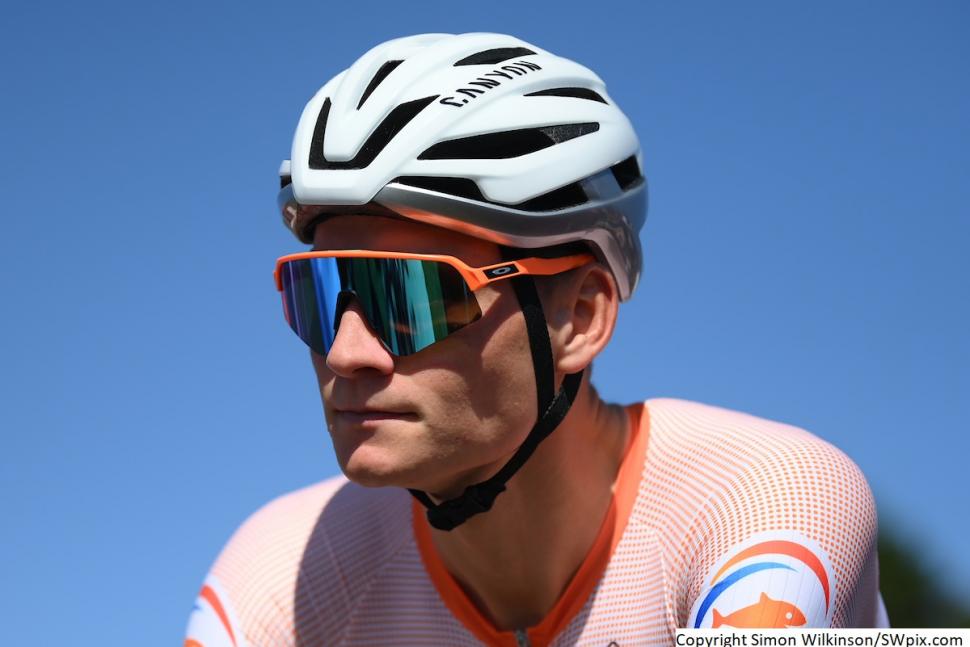 Mathieu van der Poel has been fined a total of A$1,500 (£909) after admitting two counts of common assault in connection with an incident in his hotel in Sydney on the eve of yesterday’s UCI Road Cycling World Championship Men Elite road race, won by Belgium’s Remco Evenepoel.

The 27-year-old, who had been one of the big favourites to win the race, was kept awake by youths outside his room at the Grand Parade Hotel in Brighton-Le-Sands on Saturday night and after they knocked on his door at around midnight, confronted two teenage girls aged 13 and 14.

According to New South Wales Police, who were called by hotel management, he pushed both of them, with one of the girls falling to the ground and the other sustaining a grazed elbow after scraping it against a wall.

The Dutch star was arrested and taken to a police station where he was charged with two counts of common assault, and returned to the hotel at 4am.

He went to breakfast at 7am having been unable to sleep, and while he started the race, the events of the night had clearly taken a mental and physical toll and he abandoned with just 35km ridden.

Van der Poel had been due to appear in Sutherland Local Court tomorrow, but the hearing was brought forward to today due to the timing of his return flight to the Belgium, and his home town of Kapellen, north of Antwerp.

After admitting both counts, van der Poel was fined a total of A$1,500 by Magistrate Hugh Donnelly, who told him that he was wrong to have taken the law into his own hands and should have called hotel security instead, reports Sporza.

His lawyer told the Belgian broadcaster that in the courtroom, van der Poel’s partner “was in tears and he was very disappointed himself.

"He has a great reputation, so does his family. He said it felt like he disappointed his country and his team."

The rider is now on his way back home, and as a result of his conviction will be unable to re-enter Australia for three years, reports News.com.au.

Before the start of the race, van der Poel confirmed that he was the rider involved in the previous night’s incident, saying: “It’s true, yes. There was a small dispute. It was about noisy neighbours and they are quite strict here.

“I wasn’t back in my room until 4 o’clock. That’s certainly not ideal. It’s a disaster, but I can’t change anything anymore. I’m trying to make the best of it.

“I’ll race on little sleep, hopefully on adrenaline. It was certainly not fun. It is what it is, I have to deal with it.”

Regarding the incident itself, he said: “I went to bed early and many kids in the hallway of my room found it necessary to knock on the door continuously.

“After a few times I was done with it. I didn’t ask so nicely to stop. Then the police were called and I was taken away,” he added.

Speaking to reporters in Wollongong yesterday, Christoph Roodhooft, van der Poel’s boss at Team Alpecin-Deceuninck, said that he had spoken with the rider who had told him of the effect the incident had on him.

“He didn‘t sleep all night and was mentally a bit broken as well,” Roodhooft said.

“He was expecting a lot of this day and did all he could in the last two months after his bad Tour de France.

“He had found joy and happiness again in cycling and was hoping to have a nice race today,” he added.