Oxford's Ultra Torch 300 is a compact front light with four modes and a maximum output of 300 lumens. Modest though that might be by contemporary standards, the beam quality is very impressive and more than adequate for suburban/urbanites who fancy adding the odd semi-rural detour into their commuting/training.

Equally modest is the asking price, but build quality is extremely high. A CNC machined, anodised aluminium shell is nice to see at this end of the market, especially one with a screw-down base to protect the internals from water ingress. Talking of which, it's water repellent to IPX6.5 standard, which is pretty much everything bar sustained submersion.

Unscrewing the end reveals a lollipop style plug designed to slide straight into USB ports or mains adaptors. A 2.5-hour charge time isn't lightning quick (I've several 1,000-lumen-plus 'big guns' that will refuel in this time), but it's still convenient enough for charging at work.

Other specification is pretty much what we've come to expect. Optics consist of a single Cree diode amplified through a collimator lens (pay attention at the back!) and there's a halo type window further along, which allows better peripheral bleed than the size implies. That said, using it in its steady settings I've still been inclined to pair it with a separate blinkie.

A clear centre-mounted switch incorporates a crude but accurate charge indicator – blue for rude health while red warns of dwindling reserves. Crude it may be, but it works, and gives plenty of warning before you'll run into trouble.

The switch requires a more definite prod than some, but it's still no hardship in winter gloves and on the fly. More importantly, it prevents phantom power-ups in your pockets or luggage.

There are three steady modes, and one flashing. High is 300 lumens and pretty much holds its own alongside others boasting 300-plus. It's overkill for the suburbs in many respects, being bright enough that semi-rural roads were easily navigated at 18-20mph with a clear view of upcoming hazards. Somewhat predictably it feels distinctly underpowered along proper rural roads, and though oncoming traffic picked me out at around 300m, in most cases they didn't dip their beams for another 200. Oxford says it will last two hours, and I've returned a consistent 1hr 54mins from ours, which is close enough. 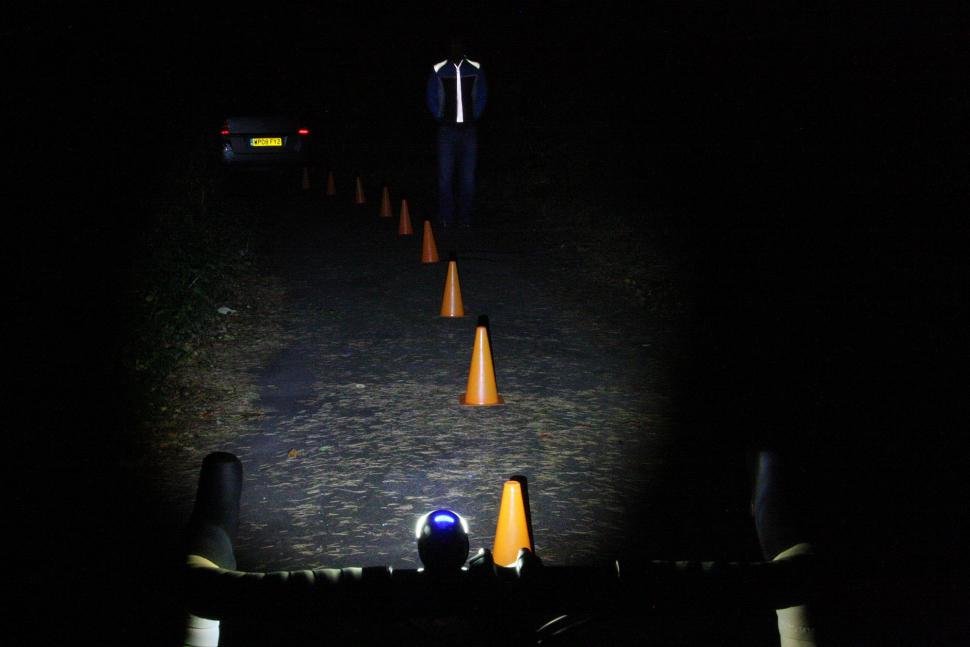 Medium seems to be around the 150-lumen mark, which is plenty for suburban/urban contexts, and returns 3hrs 56mins. That's three minutes short of those stated, but accurate enough.

Low is 30 lumens, which offers almost eight hours and is streets ahead of old fashioned filament types. However, while adequate for well-lit cycle lanes/paths, it's pretty impotent. Flashing is a much better option in the seen-by sense, capturing the attention of traffic and pedestrians from 550m on unlit roads, dipping to 300m through town.

The resin mounting bracket is surprisingly secure. Attaching to bars (some helmets too) via the usual beefy rubber o-rings, it's very accommodating of standard and oversized diameters.

The lamp is held within the bracket by pressure alone, and any fears that it might result in mortar-esque ejection have been completely unfounded, even on lumpy bridlepath detours.

This arrangement means that it's very easy to grab for rummaging in a pannier or roadside mechanicals – a definite plus in my book.

Its compact dimensions are particularly welcome on best bikes, and other bikes where a cluttered cockpit is a no-no, and also means it doubles as a useful companion to a dynamo unit on longer rides.

Oxford doesn't give a description of its light, but I'd say it's a versatile and well-made commuter light with enough clout for semi rural roads.

Passed my garden hose torture test with flying colours, and meets IPX 6.5, so should resist everything bar full-on immersion.

Run times quoted are refreshingly accurate in all settings; 2.5-hour charge from tablet/PC.

Easy to operate in winter weight gloves, the switch is easily located and positive enough to prevent accidental engagement.

Inexpensive, versatile and nicely made.

This little torch produces a more potent beam than 300 lumens suggests and is just powerful enough for commutes that involve semi-rural sections. The lower settings are bang on for the suburbs. Its small dimensions and choice of settings are perfect for extended winter afternoon rides on sportier builds, or as an accompaniment to high power systems, which can be too potent in built-up areas.

Pretty much everything – a really pleasant surprise.

Nothing given the asking price and design brief.

Would you recommend the light to a friend? Yes, for suburban commuting/training with occasional semi-rural sections, or to complement high power headlamps. 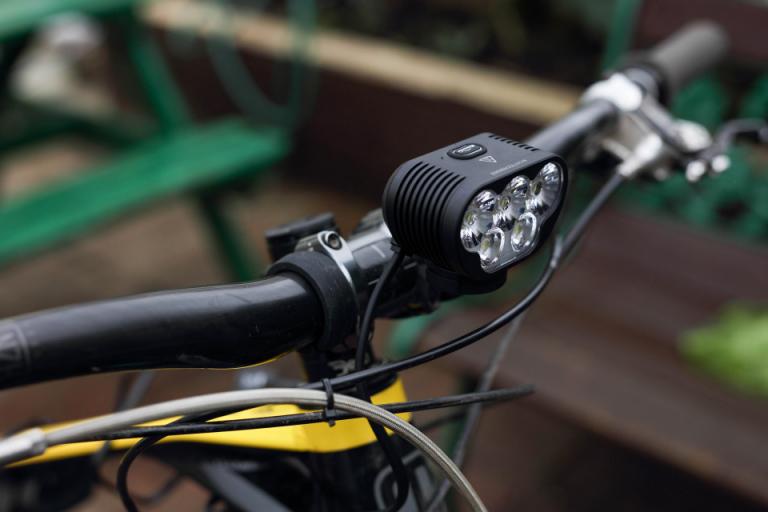