7
10
Whether you're just curious or a hardened racer wanting to know more, this book covers all aspects of our sport
Weight:
291g
Contact:
www.carltonbooks.co.uk

I confess I wasn't expecting to like Alan Anderson's Muck, Sweat & Gears as much as I did, but I finished it feeling enlightened and re-educated about my general knowledge of cycling.

This is the third edition of the book, which is wide ranging in its scope as well as being entertainingly written. It begins simply with naming the word 'cycling' as it's spoken around the world; and while nobody knows the origin of the Dutch word 'fiets' there are some interesting suggestions.

The references to the early days of cycle racing are well covered, including, for example, the Madison from its inception in 1890, held exclusively in Madison Square Garden in New York. The premise of the race was to cover as many laps of the steeply banked track in a single six-day period as possible, usually on a diet of coffee, fried chicken, strychnine and cocaine. One Charlie Miller recorded an incredible 2,088 miles before this cruel early form of the Madison discipline was consigned to the history books. 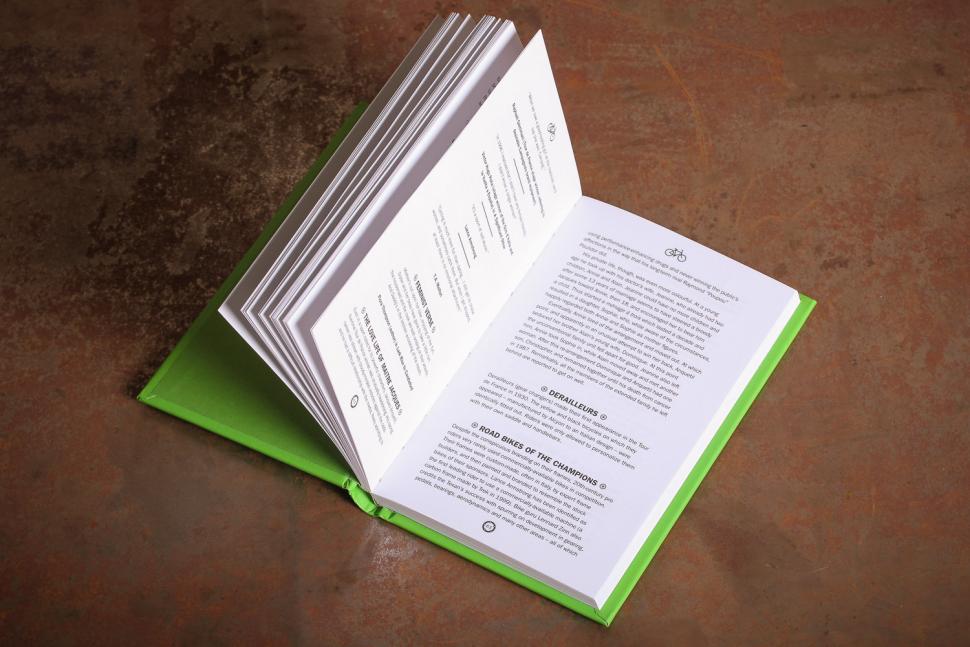 Road record attempts are covered too, the most notable being Tommy Godwin who, in 1939 and defying wartime blackouts, recorded an incredible 75,065 miles (206 miles per day) in a year. Another stoic Englishman with only one arm and a specially adapted bike recorded 45,303 miles in 1936. Similar facts and amusing anecdotes are scattered at random throughout the book, making the index necessary if you know what you are looking for.

U2 singer Bono's spectacular crash in New York's Central Park is given a mention, as is pop diva Beyonce's sister's groom who very nearly scuppered a ride to the wedding reception on a white bicycle when he burst a tyre.

Victoria Pendleton's disdain for racing and hard training is shockingly frank, and there's an amusing account of French rider Dante Coccolo's salutary lesson in rider etiquette when he rode off solo while the peloton were taking a mutually agreed (pee) break in the Bordeaux-Biarritz stage of the 1978 Tour de France.

The more colourful characters within the racing community get a mention too, including Graeme Obree, who would famously travel to races with a box of Cornflakes and skimmed milk just in case there wasn't anything there when he arrived.

There's also pro rider Jose Manuel Fuente's choleric response to reporters when riders had trouble in the mountains, and Jens Voigt's answer to the accumulation of lactic acid in the leg muscles.

It's not just about riders though – the origins of all the components that go to make up a bicycle are covered, together with their pseudonyms, and even the humble Bowden cable gets a mention.

The quotes and contributions from broadcasters comedians, authors and academics, performance directors, fashion designers, businessmen and politicians are delivered in an engaging manner, and there is a section dedicated to cycling inventors such as Alex Moulton, Tullio Campagnolo and others.

> Buyer's Guide: 23 books every cyclist should have on their shelves

All the major bike races are described in detail, together with the massive Cape Argus and the hugely popular Dunwich Dynamo, as well as the 'Naked Bike Ride' annual protest ride.

There's insight into the ethos of the Pedal Club, and the Pickwick Club which pays homage to Charles Dickens, and there are scientific facts too, including the discovery that Parkinson's sufferers who couldn't walk more than a few steps could still ride their bike. There's also an explanation on the various forms of doping and their effects, including dialogue on the subject from various former professional riders.

On the velodrome, the Hour record is the most coveted event in track cycling, and its history is charted here together with a clear explanation of each track discipline. The road disciplines are covered too, and Anderson explains the often confusing jersey colours awarded to riders in Grand Tours, such as pink for the leader on general classification in the tour of Italy.

Although some of this information sounds all too familiar, I'd still recommend this book to experienced cyclists as well as newer recruits – I, for one, learnt a lot of new facts. Those new to cycling will benefit most of course, and it's just small enough to be pocketable for those who are constantly on the move – which for me is the clincher.

Whether you're just curious or a hardened racer wanting to know more, this book covers all aspects of our sport

A conversational and explanatory book about all aspects of cycling for every age group.

Muck, Sweat & Gears is the perfect gift for the cyclist in your life, whether he or she is an everyday commuter, mountain biker, cycle courier, tourist or racer."

A lot of familiar information, but still some new facts to learn, and entertainingly told.

About what I'd expect to pay. Well worth the asking price.

Still informative despite many familiar stories, and delivered in an interesting format.

Easy to dip into.

Did you enjoy using the product? Yes, very much.

Would you recommend the product to a friend? Yes, especially someone new to cycling or a non-cyclist interested to know more.

This Tardis-like book is fun and informative. Although plenty of the stories will be familiar, it's still entertaining and easy to dip into. A good read.

I regularly do the following types of riding: commuting, sportives, fixed/singlespeed, track