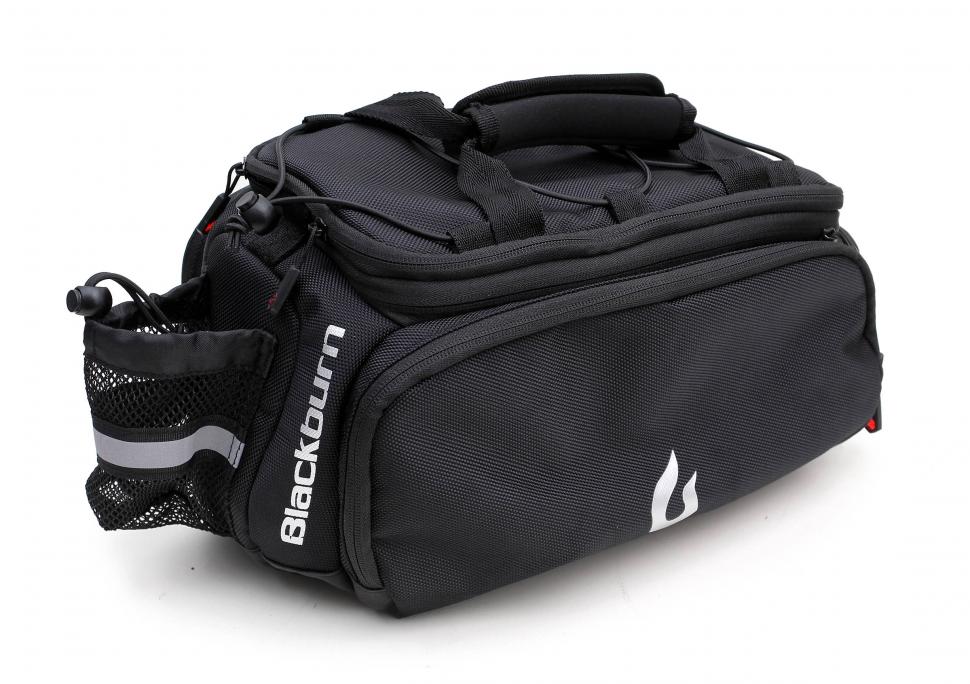 5
10
Looks good, works well for lighter loads and keeps your stuff dry. Not suited to carrying larger loads though
Weight:
558g
Contact:
www.madison.co.uk
How we test

On first impression the Blackburn EX-Trunk bag is a smart looking rack bag that at 8.8 litres ought to have the capacity to be a useful load carrier for commuters, cycle tourists or just cyclists out for a long day in need of a modest amount of luggage space - it's not without its drawbacks though.

The overall construction is good and the bag proved robust and water resistant throughout testing.The thick 250 denier fabric is pretty robust and shouldn't wear out in a hurry, and the base is further reinforced. The outside also sports a bottle holder at one end and a shock cord on top for stuffing coats or other bulky items into.

However, with five external zips into pockets and the lid, my suspicion was that the chance of water getting in if you're caught in a shower without getting the rain cover on is increased over a simpler design a suspicion confirmed by a quick test with the garden hose in sprinkler mode. It's a different story with the bright yellow, built-in rain cover on though that proved more capable of warding of a heavy real world rain shower and garden hose attack. The rain cover stashes away neatly into a small pocket and provides good protection for your possessions as well as making you more visible to motorists.

On top of the bag, there is a carrying handle that can be separated to allow the use of the shock cord. For those that want it, there is also a detachable shoulder strap included, if you want to look like you're carrying around a large, old-fashioned video camera.

So how did it fare in use? Well, it was a mixed bag really (pardon the pun). To begin with, the EX-Trunk bag was secured as firmly as possible to a Blackburn EX 2 pannier rack using the two Velcro straps. Although I was never concerned that the bag would actually fall off, this just didn't seem a robust or durable enough system. With just a few lighter items in the bag everything was fine, but as soon as it was loaded up with heavier stuff the EX began to loll around, rather disturbingly, to one side or the other. Despite a fair amount of tweaking I was unable to stop this. The side walls and base do have some rigidity, but not enough to prevent this movement with the current attachment system. This led me to conclude that the bag is better suited to use for day rides with say tools, food and clothing, than for heavy loads. I should add that with panniers attached, the wobbles were reduced, but this also had the downside of making the attachment and removal of everything that bit fiddlier.

The bag has a large main compartment, two side pockets and a mini pocket for the rain cover. Inside, there is also a zipped, mesh pocket for valuables on the underside of the lid. The main section can be extended a little through the use of a zip, and that helped to provide ample space for picking up a few groceries on top of the usual tools and tubes etc. However, I was unable to replace my usual pannier for certain loads, such as work clothes, shoes and folders, as the internal dimensions of the bag just won't accommodate objects of this size. This meant that I found it unsuitable for commuting and yet still much bigger than what I'd typically take out on a decent length day ride.

Looks good, works well for lighter loads and keeps your stuff dry. Not suited to carrying larger, heavier loads though.

It just wasn't sturdy enough for heavy loads and yet was too big for shorter rides.

The velcro attachment straps might be suspect in the longer term and the number of zips could be a weakness.

This is one of the cheaper rack bags available, and if you don't need a pannier's volume it could suffice for less money.

Easy to fit and remove.

The way it flopped from side to side with heavy loads.

I regularly do the following types of riding: time trialling, commuting, touring, Triathlon 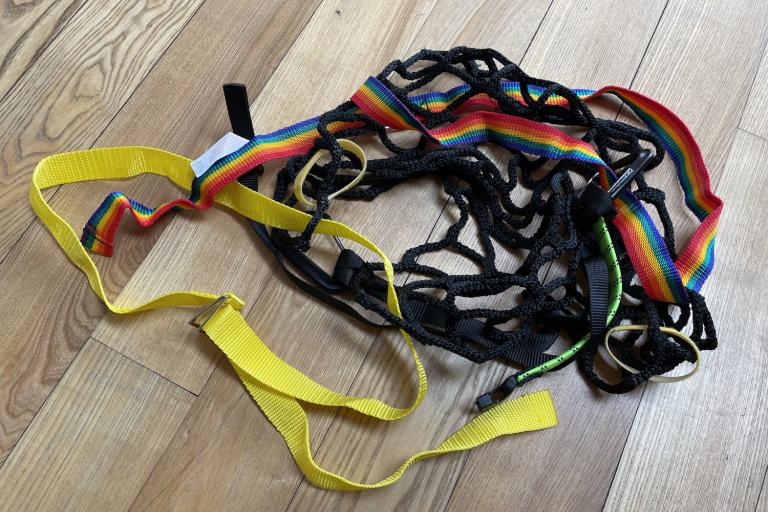 A great way to carry a musical instrument on a bike, but can be a fiddle to set up just right 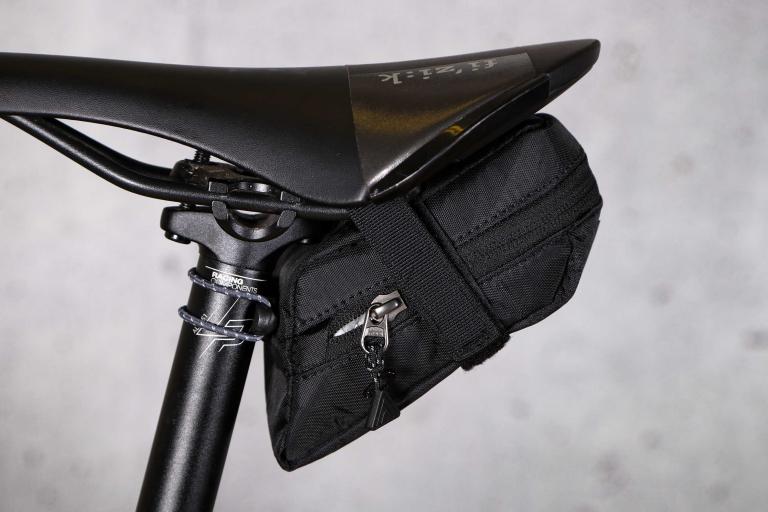 Stylish and sturdy bag for the bare essentials, and the straps won't shred your shorts 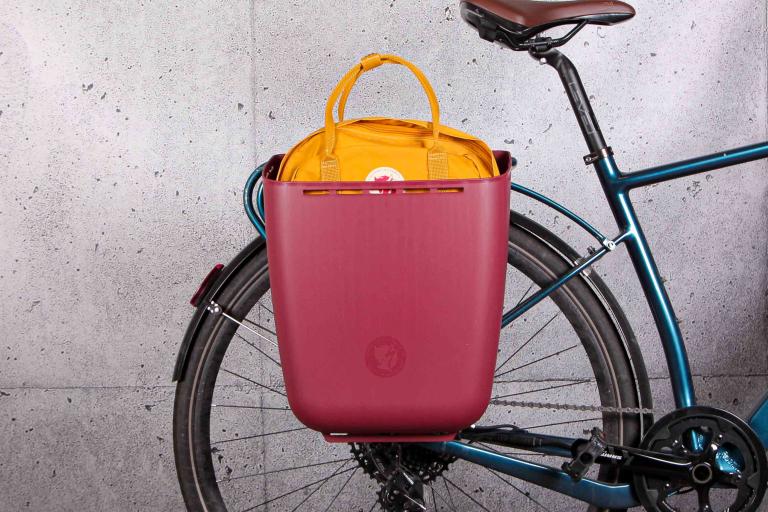 A neat alternative to a regular pannier, allowing for greater flexibility and better comfort off the bike 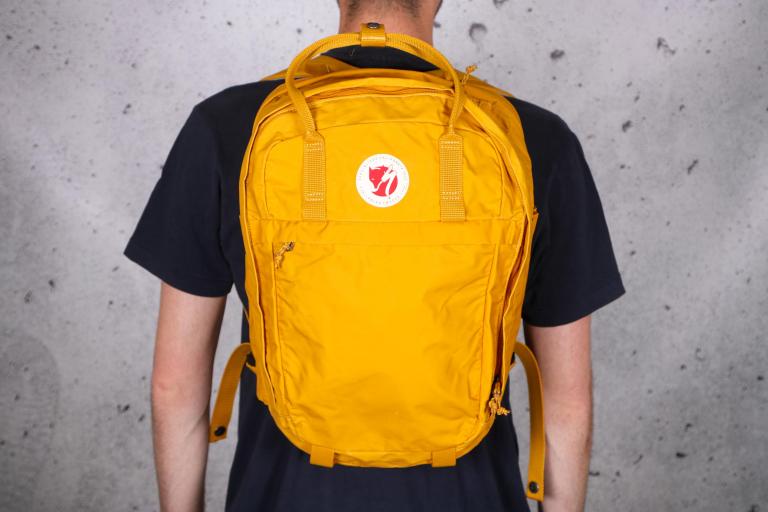 A decent backpack that plays nicely with its own pannier system, but it's expensive for what it does