7
10
Not without niggles but still one of the best backup lights you can buy, as it's always there.
Weight:
380g
Contact:
www.stolengoat.com
How we test

The Lightskin Seapost is, literally, a neat idea. It gives you a minimalist, unobtrusive rear light that's highly unlikely to get stolen, lost, broken or forgotten, because it's part of the seatpost itself.

There are five red LEDs embedded in small holes in the back of this aluminium post, linked a couple of AA batteries in a compartment in the bottom of it. A long press on the top LED switches it on or off, while a short press cycles between ten different flashing modes.

The LEDs are quite bright, although not as eye-burning as the Exposure Flare and Cateye Volt 50 I'm currently using (on different bikes). Lightskin reckon that the post will shine for up to 400 hours.

The Lightskin seatpost is available in three diameters – 27.2, 30.8, and 31.6mm – and in three colours: black, silver or white. They're all 350mm long. The 27.2mm test item weighed about 100g more than the post it replaced, but half of that was the batteries, so altogether it's a similar weight to a normal post plus a clip-on light.

You can't use a saddlebag with the Lightskin Seatpost, as it would get in the way of the LEDs, and you need about 120mm between the saddle rails and the top of the seat tube for all five LEDs to be clearly visible. My non-compact road bike frame doesn't have that, so only four showed.

From directly behind the bike, they were still visible enough. Visibility isn't good from the sides. The LEDs don't stand proud of the seatpost, so any sideways light is lost. While it's probably not a good idea to honeycomb a seatpost too much, it would be useful if instead of a single line of five LEDs pointing straight back, a couple of them pointed either three-quarters to the rear or, if amber, directly sideways. It would be nice if it somehow incorporated a red reflector too, as you're also obliged to use one of those at night.

Purely as a seatpost, the Lightskin is okay but could be better. It uses a single bolt to secure the saddle clamp. Twin-bolt clamps are better because it's easier to get the saddle angle exactly how you want it, and because they're a bit more secure; all the clamping stress isn't going through one bolt.

For a bike that I were riding regularly in the dark, I'd want more all-round visibility and brightness than the Lightskin offers. Where it scores, I think, is as an emergency backup light. You can't accidentally go out without a rear light; it's always there, inconspicuous when you don't need it and ready to go when you do need it. That's handy for any bike but particularly the kind of bike that you might not normally fit a rear light too – your road bike, for instance, or a mountain bike.

Lightskin also make a Brompton version of the seatpost (£60, in either 520 or 600mm lengths). That appeals to me more. You slide a Brompton's seatpost up and down all the time. If there's a seatpost light fitted, it risks being snapped off. And if there's a rear light low down by the rear wheel, additional lights on the seatpost will boost visibility further. The Lightskin seatposts are lighter than the Brompton equivalents too, so there's no drawback other than cost.

Not without niggles but still one of the best backup lights you can buy, as it's always there.

Simple, stylish and creative the Lightskin seatpost with integrated L.E.D fits straight into your regular road or mountain bike as a normal seatpost does – without any hassle or fuss. The Lightskin is quickly becoming popular amongst savvy cyclists.

I say: I reckon it's more a backup light than a primary light.

Powered by 2 x AA batteries that slot into the bottom and last for up to 400 hours of riding.

Basically well made but a twin-bolt saddle clamp would be better.

If you ride without mudguards, it's difficult to see how this could be damaged, short of the electrics getting shaken loose. That hasn't happen on the test post.

Rate the product for weight, if applicable:
6/10

When you factor in what a clip on light would add, weight is okay.

Rate the product for comfort, if applicable:
6/10

Took ages to get the saddle angle spot on. After that, fine.

Can't be lost or forgotten.

Would you consider buying the product? The Brompton version, yes.

Would you recommend the product to a friend? For the right use, yes. 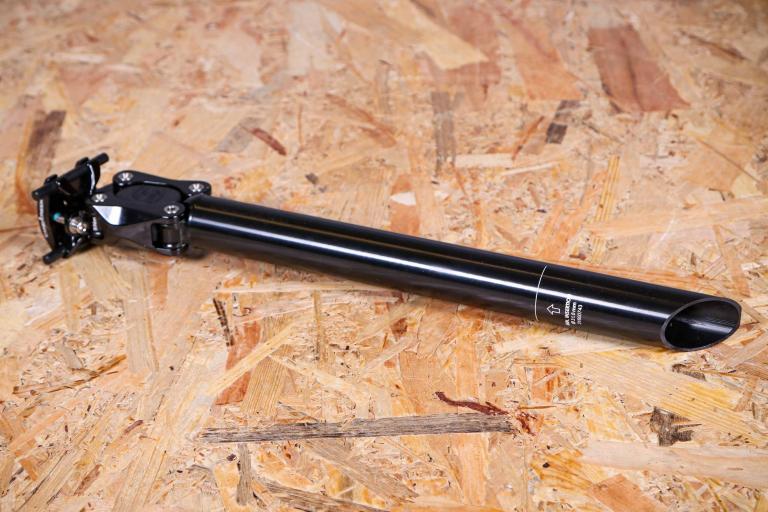 Smooth and subtle solution to taming bumps in the roads or trails, now at a competitive price 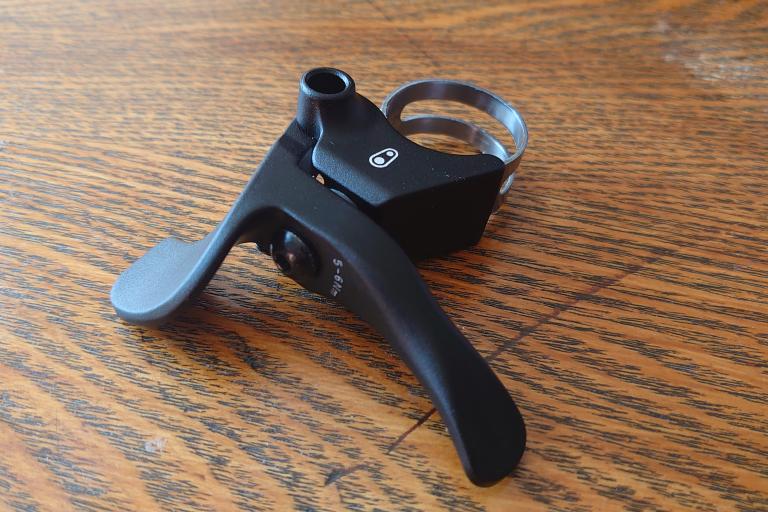 Easy to use lever with a neat two-way design, but getting the perfect setup is tricky 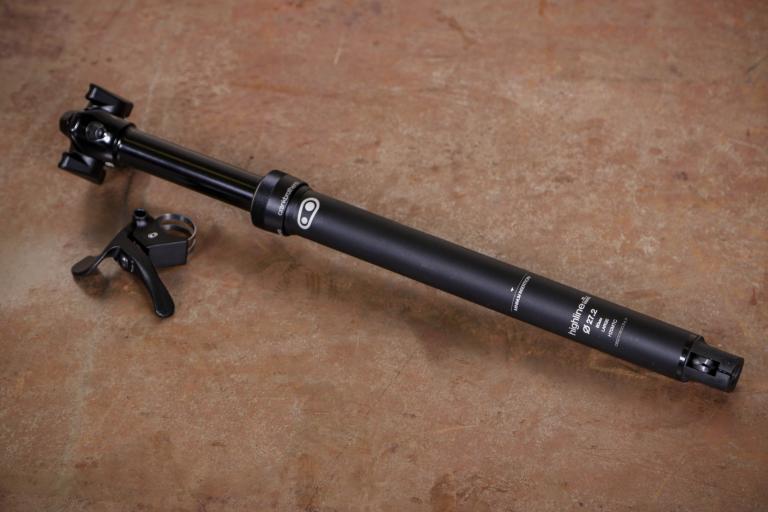 Top quality dropper post that is simple to set up, and its smooth operation makes it a joy to use 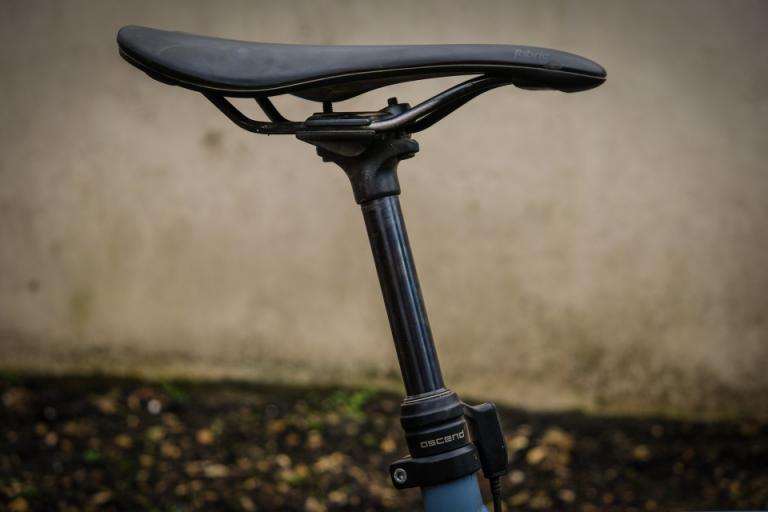 Impressive performance for the price – and externally routed 27.2mm posts are rare