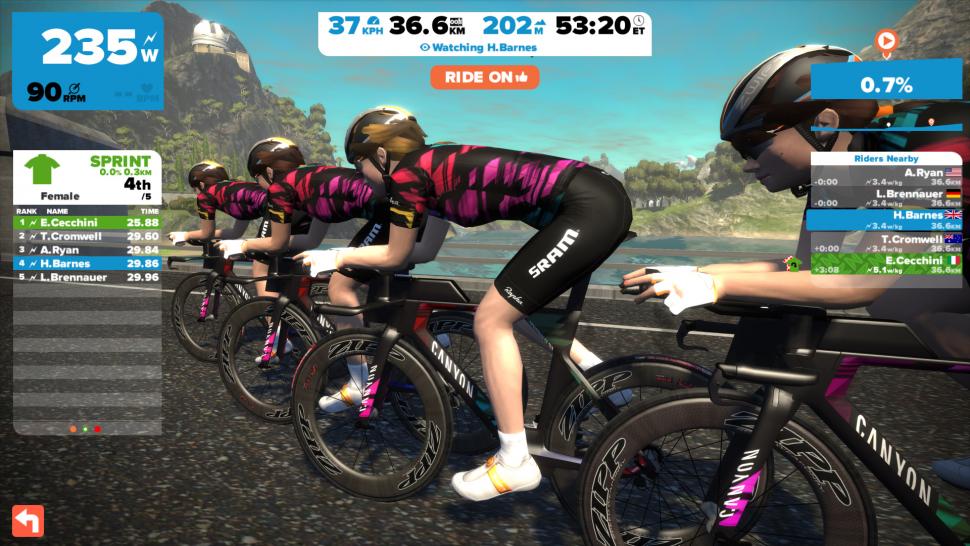 Have you got what it takes? Get on Zwift and prove it, is the call from Canyon//SRAM team
by David Arthur @davearthur

Do you have what it takes to join the new Canyon//SRAM women’s team in 2017? There’s no need to sharpen your CV, though, all you need to do is get on Zwift and demonstrate your potential.

The search for the new recruit through the popular Zwift virtual reality training website will begin in March 2016, with female amateur riders from around the world invited to try-out.

- How to get started on Zwift

The team, along with Zwift, is working on a series of tasks to test and assess potential recruits. They’ll whittle down the potential riders throughout the year until they have identified three riders that will then compete on virtual and real roads.

“Unfortunately, the development pathways for female riders don’t compare to the men’s side of the sport,” says team rider Tiffany Cromwell. “But rather than swim against the tide we’re taking the bull by the horns and shaking things up with Zwift.

“Cycling’s stars possess extraordinary physical attributes and we’re confident one or two of those rough diamonds are out there to be unearthed on the Zwift platform!“ 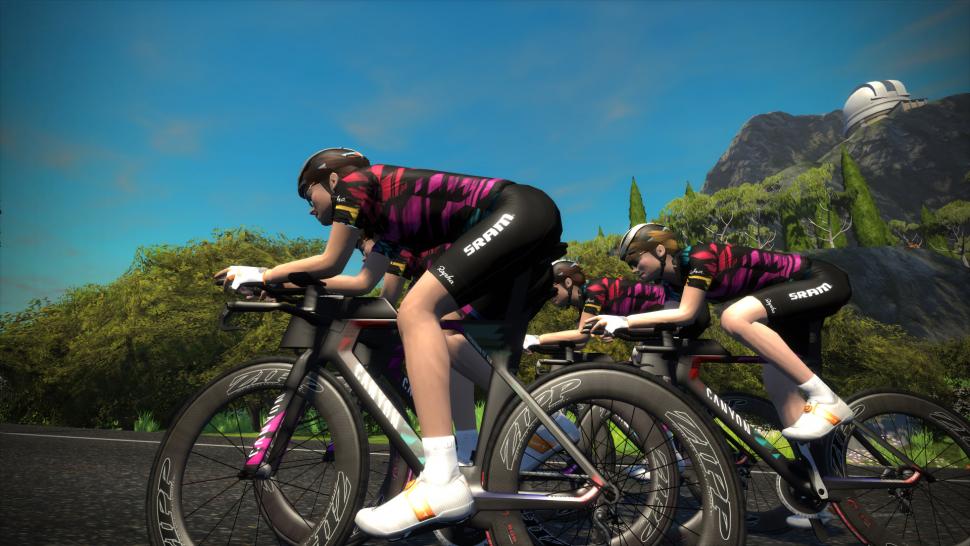 It’s an interesting one this, using virtual training software Zwift to identify a new professional racing cyclist. The idea to use a computer game to headhunt potential talent isn’t a new one, though: in 2008 car manufacturer Nissan formed an academy that recruited young racing drivers through the Playstation game Gran Turismo.

But it’s never been applied to cycling before. Now, though, with the availability of advanced home trainers, accurate power trainers and a programme like Zwift, recruiting young racing cyclists could be transformed into the future.  Or is it just a marketing stunt?

“This isn’t a marketing gimmick,” confirms Zwift CEO Eric Min. “Zwift is a global, reliable and data driven platform. We’re truly accessible and with tens of thousands of users we’re confident we can be a development platform for professional cycling. We’ve been working on a similar concept for some time so we were blown away when Ronny Lauke suggested it to us.”

Ronny Lauke is the Canyon//SRAM team director. “The world is full of young cyclists with raw talent that we may not be noticing,” he adds. “That’s a huge problem for the sport and we want to challenge this as much as possible. Of course, there are other criteria to becoming a pro cyclist, like attitude, bike handling and a good tactical brain, but without an exceptional engine you won’t get too far! This is going to be an exciting adventure with Zwift.”