Young British bicycle brand Bowman Cycles used the London Bike Show to unveil its new Layhams prototype, which it describes as a “contemporary take on a classic winter bike”. 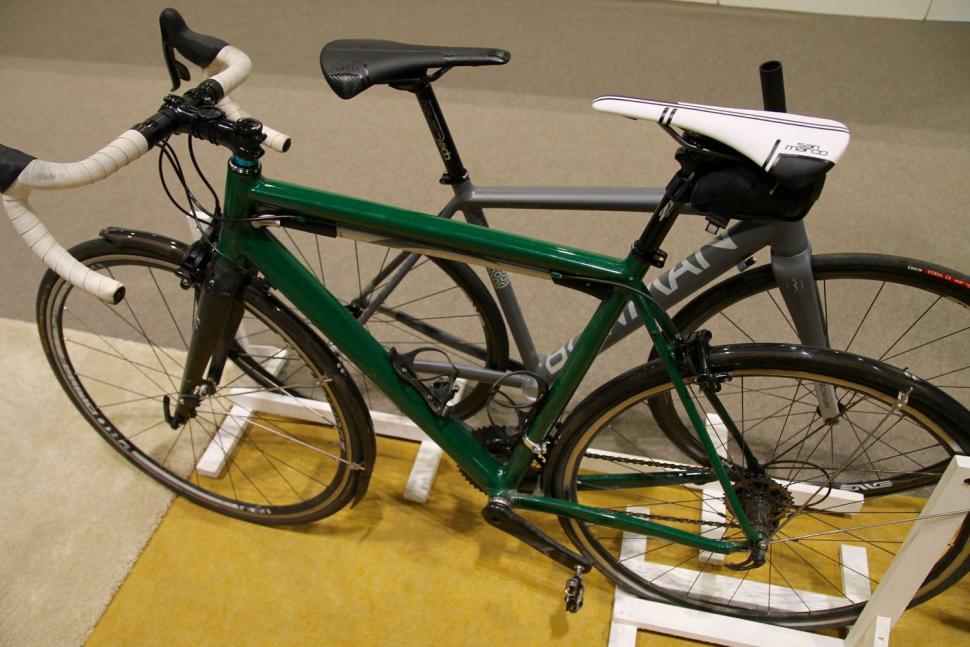 Bowman first launched with the Palace, an aluminium race-ready frame, and followed that up with the disc-equipped Pilgrims. Both have been well-received, and they’ve done okay in the road.cc Bike of the Year awards. 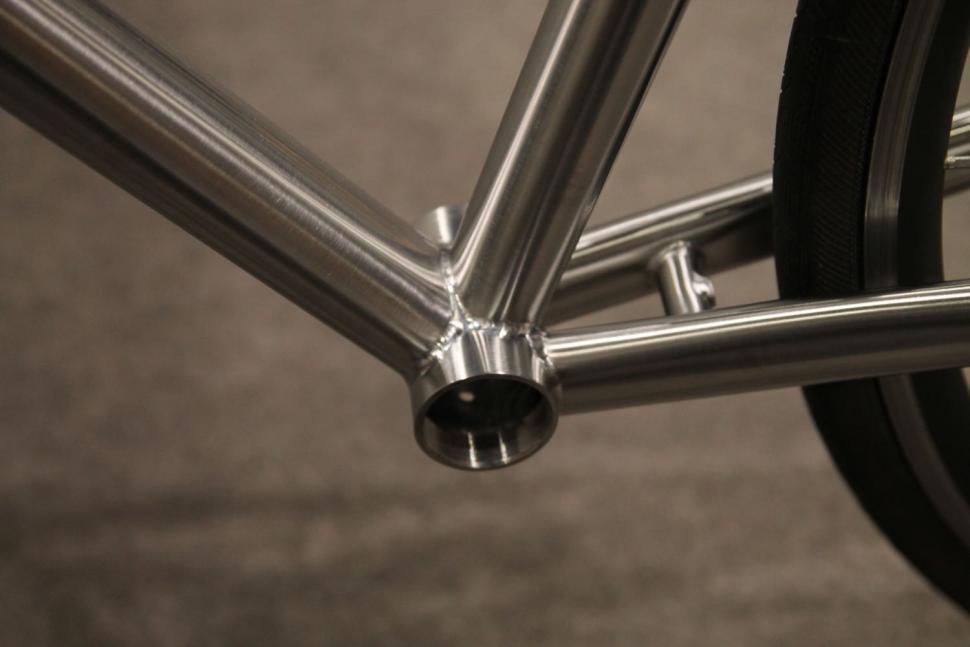 The Layhams is in the final stages of development, with a planned autumn 2016 release. It’s loosely based on the Palace, with conventional rim brakes but critically, for a winter bike, has space for 28mm tyres with full-length mudguards and eyelets for fitting a rack.

The company has become synonymous with aluminium, and it was showing this 7046 double butted aluminium prototype at the show. It’s still very much a work in progress - this is a working prototype though and appears to have had some use.  Bowman is also dabbling in other materials. This is a stainless steel prototype. It had arrived the day before the show (that’s good timing) and it looks absolutely stunning. Bowman isn’t 100% decided if it’ll put both versions of the Layhams into production, but we hope it does. No more details at the moment, but when we learn more we’ll update you all. Why the name? Layhams is a road that many south London cyclists will know well as it’s the main route from the city to the countryside, it snakes through suburbia into the rolling Kent hills. 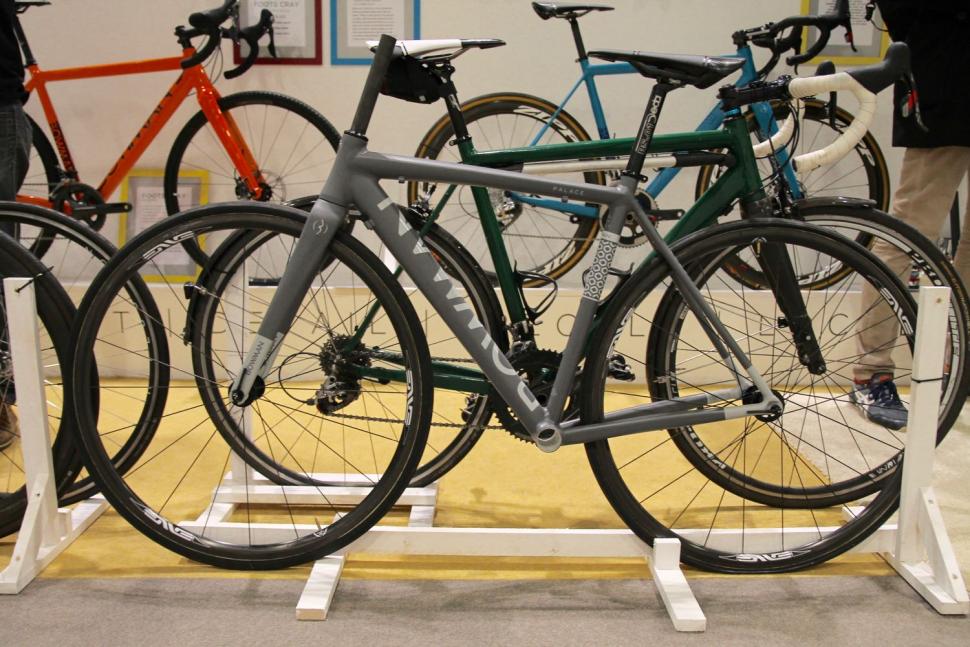 In other Bowman news, the Palace crit race frame has been updated. The chainstay bridge has been removed which provides a smidgen more tyre clearance, without sacrificing frame stiffness, and it has also introduced two new colours, grey and green, which we think look fab. 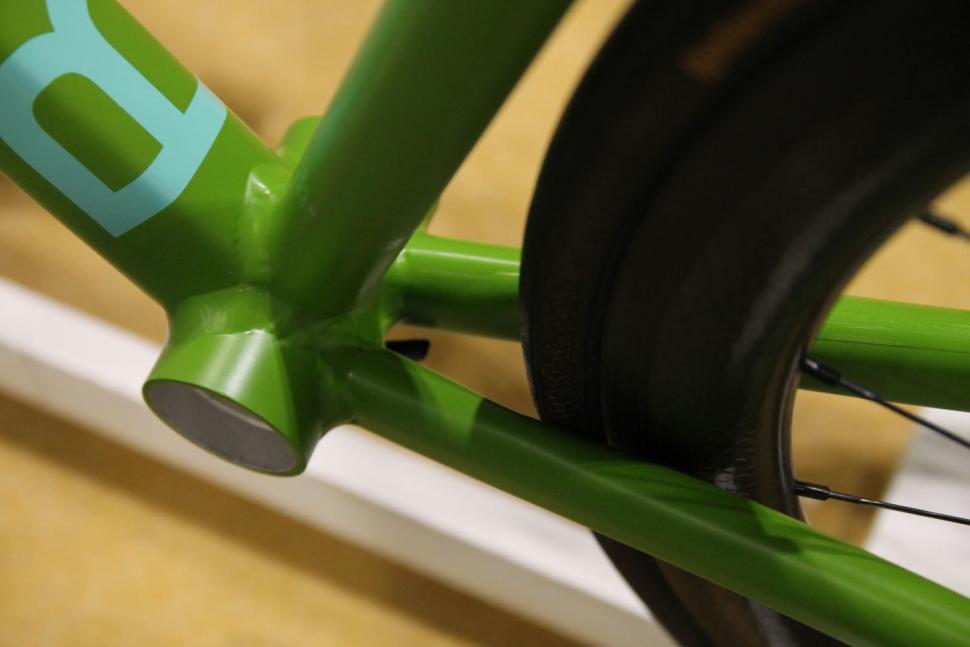 It’s developing a new fork for the Pilgrims, with increased tyre clearance, thru-axle and mudguard eyelets. 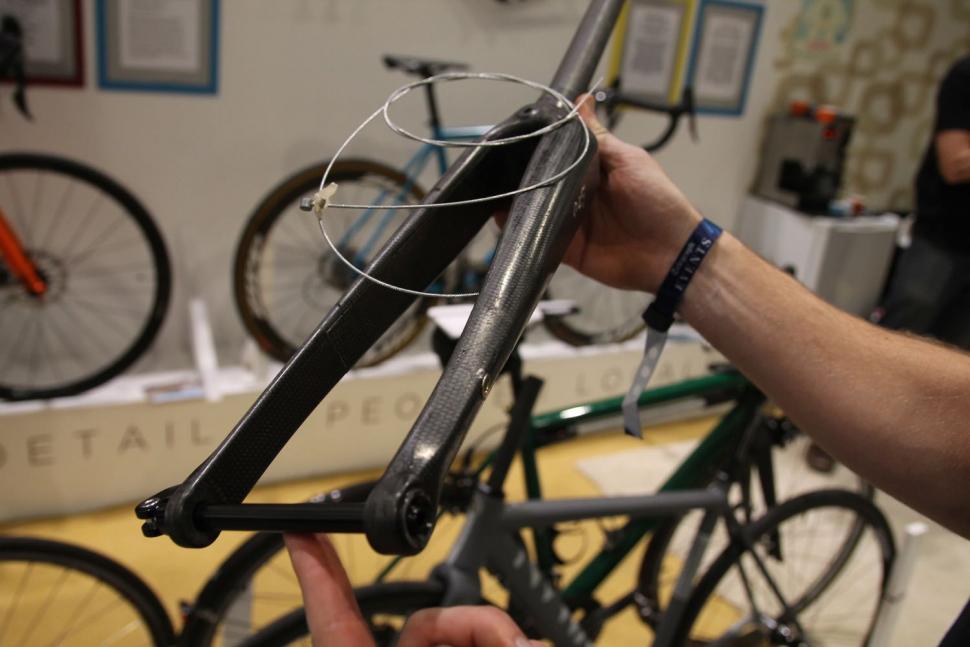 Lastly, highly renowned illustrator Rich Mitchelson has collaborated with Bowman Cycles to create this limited edition Foots Cray cyclocross frameset. The graphics are inspired by the falling leaves of autumn that signify the start of the cyclocross season, over a lovely midnight blue base colour. The Foots Cray Ltd Edition frameset (frame, fork, headset and seat clamp) costs £800 and is available now. Only 10 will be available, each signed by Rich. We’re going to have a proper chat with Rich soon to bring you more information about the development of the special paint scheme.