One of the things we like to do here at road.cc is thumb through the list of UCI-approved frames to see if there's anything new on the Horizon. Yeah, we know. Don't judge us. Everyone has to have a hobby.

Anyway, a new B'Twin bike popped up – BTWI-AL18-RD – and by lucky hap we were off to B'Twin's headquarters in Lille to look at their new electric bikes when we spotted it. So, naturally, we asked if they had one knocking about. And they said they did. And here it is.

Its full name is the B'Twin Ultra AF GF. The GF stands for Gran Fondo and marks the bike out as more of an endurance machine than a racer. That's reflected in the frame geometry which is a bit shorter and taller at the front than the Ultra AF road bike which we gave high praise when we reviewed it in 2016. The GF model also has a more sloped top tube for a more compact frame and greater standover height. You'll have noticed it gets discs too. This build is a full SRAM Rival HRD groupset with flat mount hydraulic brakes and it'll retail for £1,299. It's a very solid spec for that money, including Mavic Ksyrium Disc wheels, Deda bars and stem and a Fizik saddle. This bike is a pre-production final prototype so elements of the build may change, but it'll look very much like this and the metallic two-tone blue paint scheme is definitely staying, which is good as it looks very fine. There will be a cheaper build too, running Shimano Sora gearing and mechanical discs. The price for that build is yet to be confirmed but it'll be under £1,000. 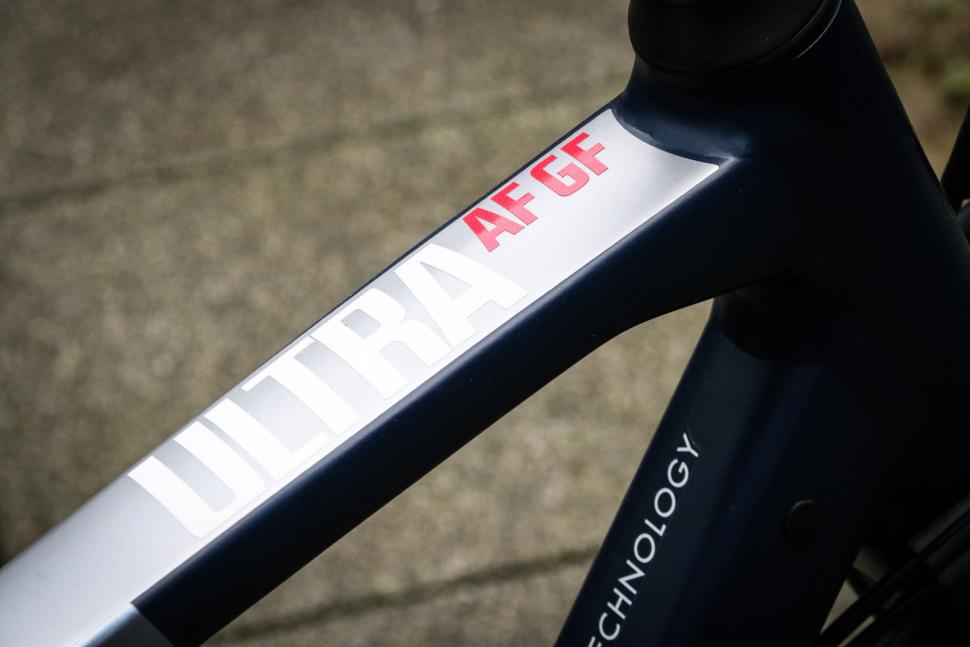 The frameset (alloy frame and carbon fork) is thru-axle at the front and the rear. It's Di2-compatible too, although it didn't look like you'd be able to fit full mudguards to it, which is a shame as there's plenty of clearance for them. We didn't have the road.cc scales of truth with us but we'd expect the bike to weigh in at around 8.5kg in the SRAM Rival build.

If you want one, then start saving your pennies now: they'll land in June or July.