Not content with just releasing the new and updated Palace R this year, Bowman Cycles has another couple of new models up its sleeve, the Layhams Disc and Pilgrims ‘Project X’.  Here's a first look at both before they are launched later this summer.

Bowman added the Layhams, a winter steel road bike with long drop caliper rim brakes and provision for mudguards a year ago, and it now plans to offer it with disc brakes. 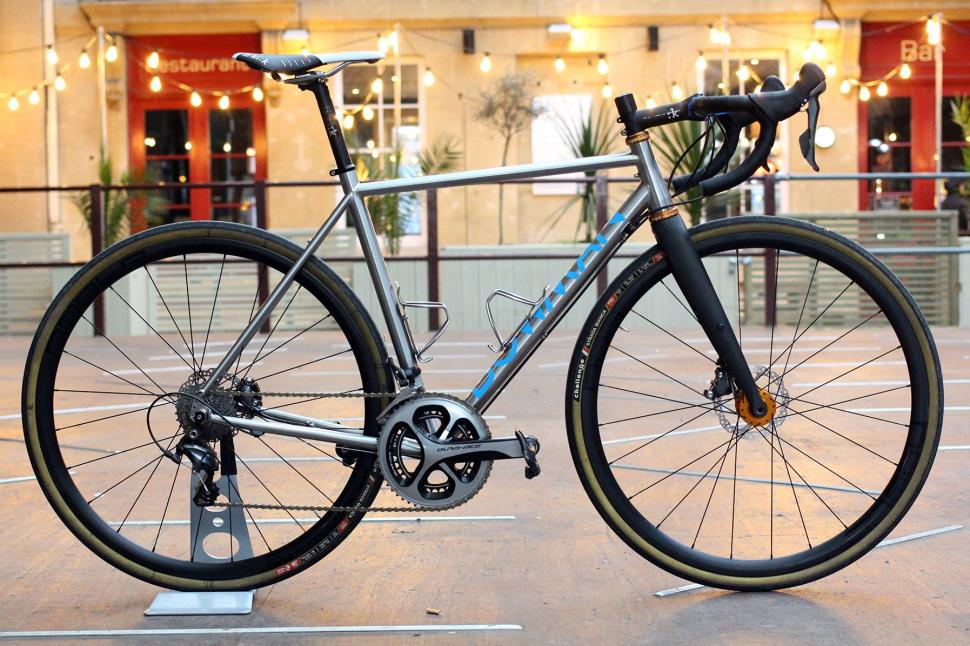 To call the Layhams a winter bike would be doing it a massive injustice. As Bowman put it: “Take the essence of the Palace - its handling and performance - and add mudguards and increased tyre clearance - key features of the Pilgrims - to make it a more versatile year-round choice, ideal for summer rides sans-mudguards or a hardy winter trainer.”

The frame, triple butted stainless steel, is pretty much the same as the rim braked model with the obvious tweaks at the rear end to accept the calipers and rotors. At the front end is an upgraded, beefier fork to deal with those higher braking forces. 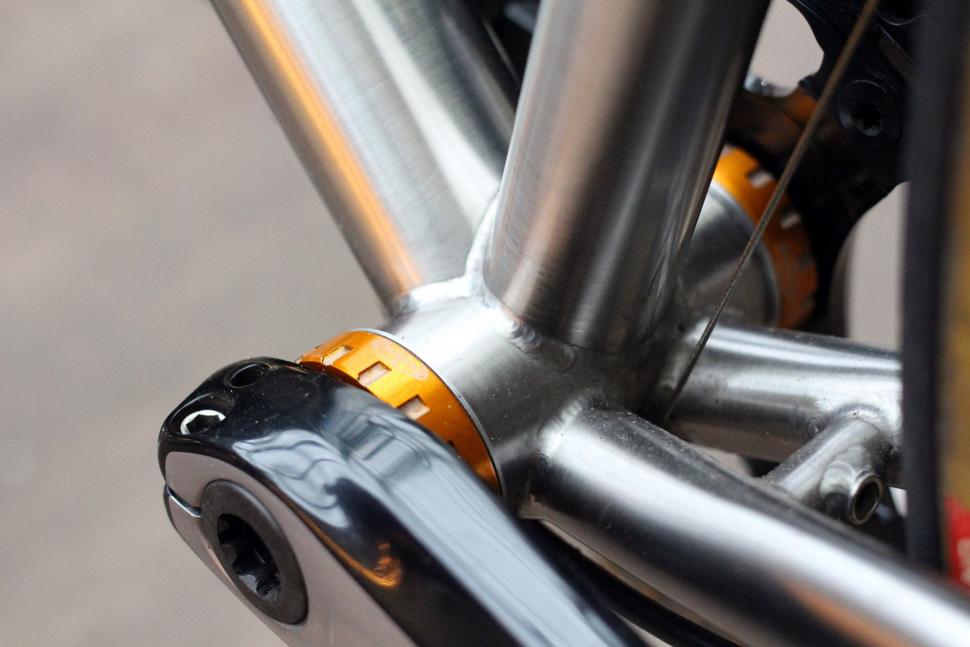 As Neil says in the video, disc brake standards have settled down now, so the Layhams Disc uses 12mm thru-axles at both wheels and the flat mount standard for attaching the brake calipers to the frame and fork. Interestingly, Bowman has developed a slotted thru-axle at the rear for easier wheel fitting so the disc rotor slots straight into the caliper with no fighting necessary.

There are a lot of titanium disc-equipped bikes in this market at the moment, but on his reasons for choosing stainless steel over titanium, Neil says: “The reason we went with stainless rather than titanium for this sort of thing, because there are a lot of titanium bikes that are really nice, but I always wanted them to have a real punch when you’re riding them, to keep a performance edge to them, and you definitely get more of that with stainless steel than you do with titanium.” 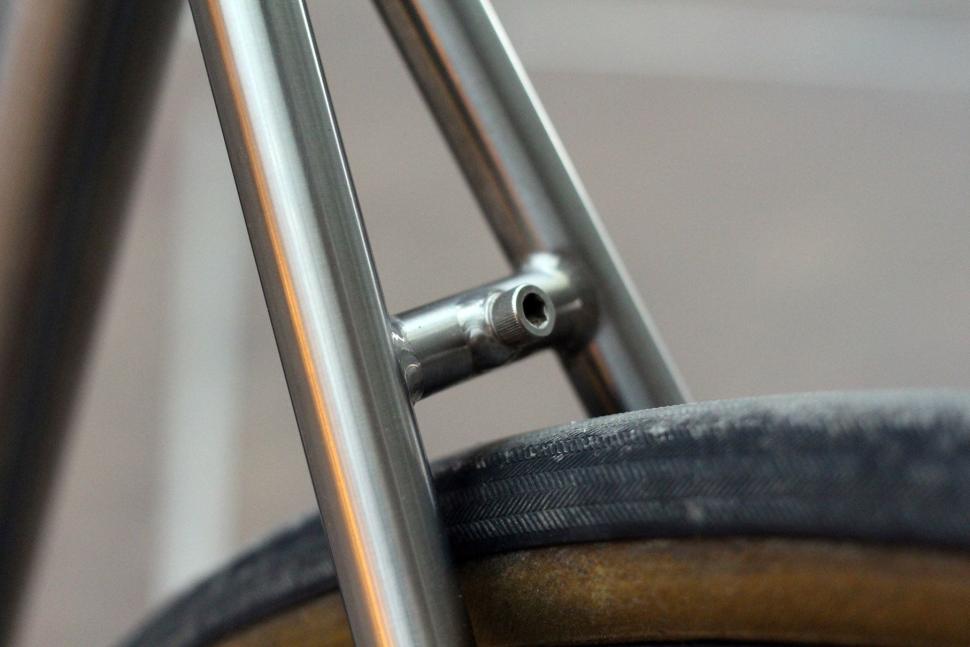 There’s generous tyre clearance, with plenty of space around the 30mm tyres fitted to the pictured bike. It retains the mudguard mounts of the regular Layhams for winter use. Other details we like is the externally threaded headset - when’s the last time you saw one of those? - which is to provide a head tube with thicker wall thicknesses. There’s also a frame pump peg and there will be a chain peg on the rear stay on the final production model.

- 18 of the best steel road bikes and frames

This is the second prototype stage which is pretty close to production so it’s going to be available to buy in the coming months. Price is expected to be about £1,700 but the final price will be confirmed soon, it’s about £100 more than the regular Layhams. There’ll be two colour options, a British Racing Green and a dark grey, with areas of exposed metal. 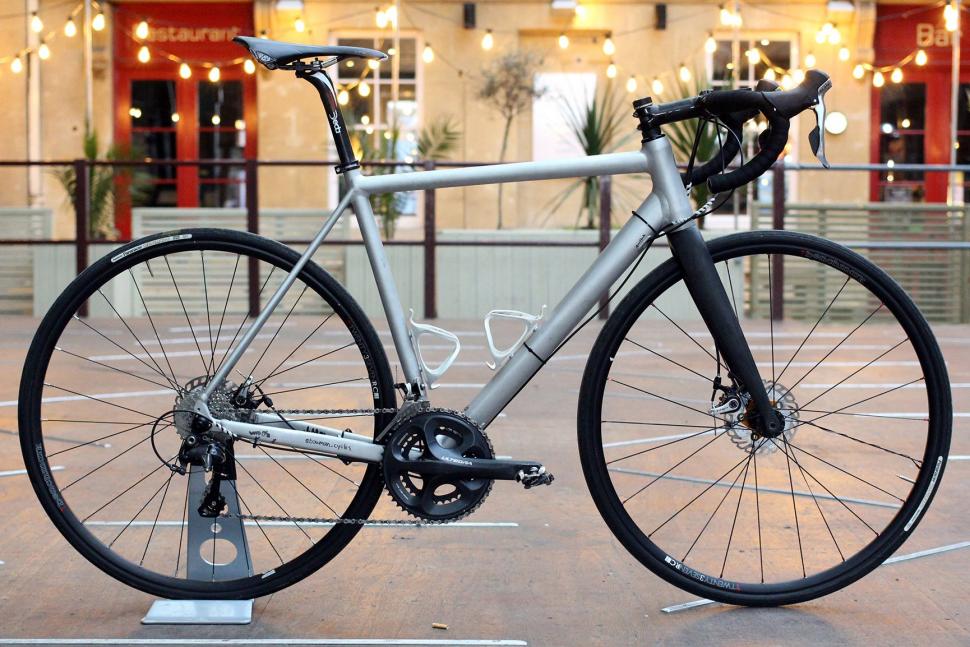 The latest Pilgrims may look a little rough around the edges but what you see here is the first prototype of the updated ‘road plus’ frame. Don’t think gravel or adventure so much as a tarmac-based bike that’ll take bigger rubber which, if you spot one of those curious little tracks, will happily rattle off down there for a little bit of exploring.

We were impressed when we took the original Pilgrims out for review with its adaptability on the rough stuff. 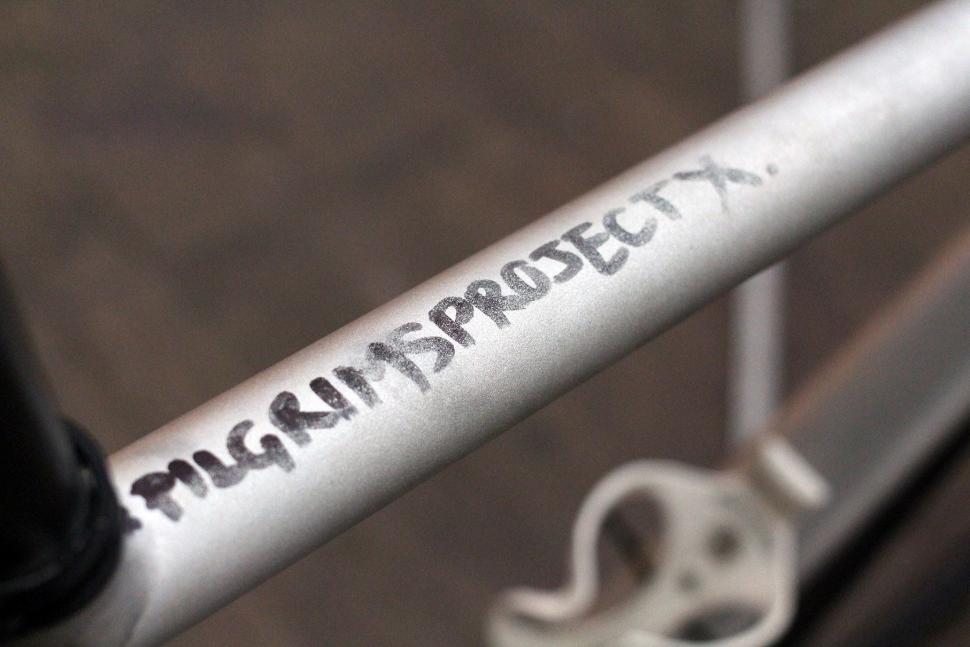 Like the Palace:R though this has had fully revamped tubeset, and they’ve switched from 7000 to 6000-series aluminium. It actually shares quite a few tubes with the aforementioned race bike but the butting has been tweaked for the higher stresses placed on the frame if the terrain turns a little bit rough.

Those changes have resulted in a weight loss of a reported 300g, with a 56cm apparently coming out at 1,200g. We’ve said it before and we’ll say it again, aluminium is a seriously good frame material choice these days with the latest advances that have been made.

Pressfit has made way for an externally threaded bottom bracket, a change based on feedback from people from customers who had problems, particularly with more off-road riding. It’s a switch we’re starting to see a lot more of in the bike industry. Are the days of the pressfit bottom bracket? Probably not, but it’s a topic we’re going to discuss in more detail in a future article. 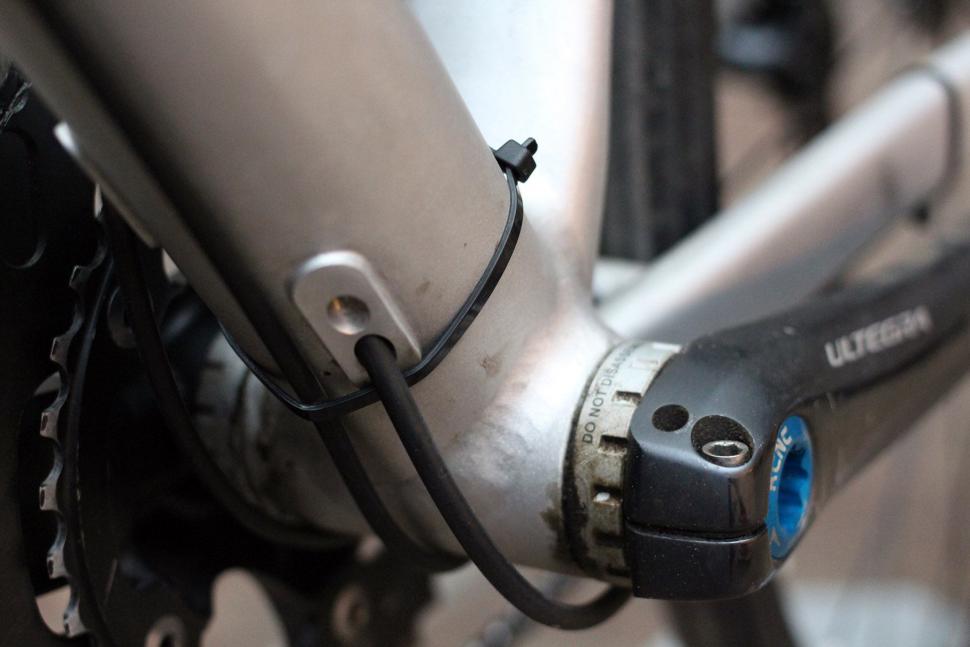 We’re looking forward to getting the finished product in for test soon with the whole cross over between road and off-road going on at the moment and we’ll keep you posted on its development.  The Pilgrims Project X is expected to cost £800 and will be available this summer, we’ll keep you updated on this one.

Check out https://bowman-cycles.com for more info.